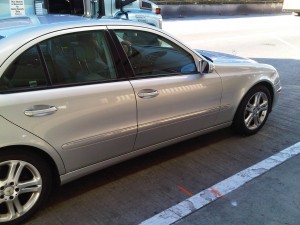 To get to Los Angeles International Airport (LAX) from my house costs at least $50 roundtrip by taxi. When I only go away for a few nights or less I usually drive and park at the airport since it saves me time and money (taxi lines can be slow!)

I used to always park at ParkOne since it’s the closest private lot to the airport – from there, you can walk to Terminals 1 and 2 in under five minutes. But my travel agent (who I use for international premium tickets) turned me on to LAX Parking Curb Express. During his glowing review I decided to give them a whirl myself and quickly made a reservation using their website (http://LAXParkingCurbExpress.com). All I had to do was input my name, flight info and arrival time, and print it.

I traveled anonymously to make sure I was getting the real deal. Their building is located at 9800 South Sepulveda Blvd (just a few blocks from LAX) which is where one of their drivers was waiting for me when I pulled up. He jumped in the passenger side and showed me a short cut so we were there in less than five minutes. Along the way he told me if I was paying by credit card he needed to take down the number otherwise I could pay cash when I returned. I used my Visa and signed the receipt just after pulling up to the curb of Terminal 3 (I was flying Alaska Airlines).

Two days later when landed I called them as soon as I got off the plane since I wasn’t checking a bag and told them where to meet me (departure levels of Terminal 7, as I was flying United). Sure enough, the moment I stepped outside there was my car. The driver popped the trunk, handed me a receipt (I didn’t have to sign anything), I gave him a tip and we were both off in separate directions. The bill for my 50-hour trip was $41.69 ($14.95 for 24 hours + $4 each hour + $3.79 in tax).

Seriously, it could not have been any easier and if I parked at ParkOne they would’ve charged me more since I went over the 24-hour mark and they don’t give an hourly rate. Two HUGE thumbs up for LAX Parking Curb Express.

0 Comments On "Website of the Week: LAX Parking Curb Express " 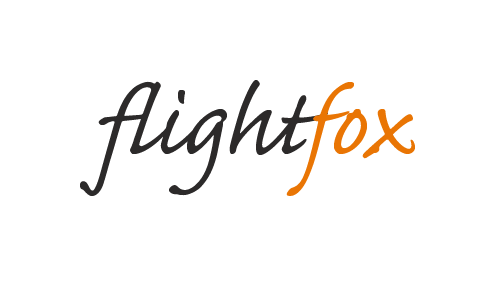 Here’s a new and unique website if I’ve ever seen one. Flightfox is a platform for crowd-sourced (or human-powered) flight search. They describe crowd-sourcing as the act of multiple people…