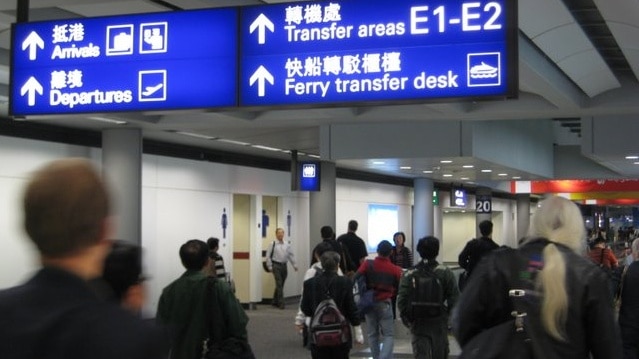 As per usual these days, I was up in the middle of the night working because I couldn’t sleep. I always scan my Twitter feed when I noticed Laurel Chor’s  tweet flow in. Laurel is a photographer and journalist for NatGeo Explorer with credits from (per her Twitter bio): @natgeo @wsj @getty @latimes @afp @reuters @nytimes @washingtonpost @vicenews @hbo @nbcnews.

Who better to cover what it’s like to travel internationally these days than a photojournalist? Laurel fired off a series of tweets documenting her experience about what it’s like to fly from Paris to Hong Kong (via London) and they were eye-opening to say the least. Here they are embedded in order and I suggest you follow her for some follow-up.

I’ve landed in Hong Kong after flying from Paris CDG, via London Heathrow. I now have to wait ~8 hours before I get my #COVID19 test results and thus have ample time to tweet about my experience. pic.twitter.com/jCDPuwrTzL

The captain on my LHR > HKG flight said there were about 100 of us on the plane. That means the Boeing 777 was at 1/3 of its capacity. Every single passenger (except someone who apparently had special permission to connect to Brunei) will enter some sort of quarantine.

A health dept official officially signed & stamped my quarantine declaration in duplicate. He was nice & friendly, explaining that I could go yumcha on the morning of the 28th. He asked if I had someone to take care of me & if I had a thermometer. When I hesitated, he gave me one pic.twitter.com/A2zGHZUdNz

After receiving my bracelet and my thermometer, I went on through immigration and got my bags as normal. On the other side we were directed onto buses and young men in full protection gear helped load our bags onto the bus. pic.twitter.com/ldU2nDQNYF

After dropping off our bags in one place and getting luggage tags; we got back on the bus as were dropped off at another facility. There we stood in line to get our testing packs. A health worker gave us our tag number, our packs, and explained how to conduct the self-test. pic.twitter.com/LFg3EVHjj7

Here’s a time lapse of me awkwardly doing my self-test in my booth: I made a “kruuuar” sound as instructed to hock up my deep-throat saliva & spit it into a tube (w/ the help of a paper funnel) and double-bagged it. Several ppl made sure the tube was upright when I handed it in. pic.twitter.com/XzPNlTkQdN

I thought someone would swab me and wasn’t expecting a self-test but it was simple enough. When it came time to hock up deep throat spit, I was grateful for the thoughtful courtesy of the private booths. pic.twitter.com/bOPqjI82vm

I know many Americans would be against the government making you wear a trackable bracelet and downloading an app that can tell if you’ve been in contact with someone who tested positive but if the USA really wants to contain this virus, that’s what we need to do. Otherwise, it’s going to get ugly like the second wave of the Spanish Flu.

Obviously, I could do without the eight-hour wait to be tested but I imagine that will speed up in time. Just like the U.S. did after they announced the European ban.

What do you think?