A few weeks ago, I asked my pregnant wife where she’d like to go on the last big trip she’d be taking for a while (her doctor has grounded her in preparation for baby #2). I was sure she’d pick Hawaii or her beloved hometown of Toronto, but instead, she chose New York City and my hometown in Connecticut. We were just in Toronto two weeks ago so she wanted to make sure Jack could see all his Connecticut cousins on their home turf.

We’re in New York now, having learned a few lessons about how to handle a delayed flight. Those lessons are below. First, my experience booking our original tickets:

I went to work right away securing flights. I can’t imagine what it’s like to be pregnant (nor do I want to), but I wanted to make sure Natalie’s flight was as comfortable as possible while she’s busy making miracles happen.

Since American Airlines (AA) is most likely going to devalue its frequent flier miles again, I wanted to burn some. My research showed that we could fly LAX-JFK non-stop for 20,000 miles each in coach or fly first class via DFW for just 25,000 miles each. Non-stop in business in AA’s lie-flat seats was more than three times that amount, so that wasn’t an option.

Naturally, Natalie chose first class. To be clear, first class on LAX-DFW-LGA isn’t that grand, as seats are just a little bit wider and roomier than those in coach, and they don’t recline much. However, business class on AA’s LAX-JFK non-stop is fantastic. The seats are way nicer and fully recline.

I kept checking to see if the non-stop flights had gone down in price (using miles) but no luck. And in the process I saw that our first class, LAX-DFW-LGA flights had gone up to 45,000 miles each, so I was happy that I snagged our seats when I did.

The day of the flight

On Saturday, our alarm went off at 4:15am ahead of our 6:53am flight. I checked my emails to make sure everything was on time (which it was) and checked the weather in all three places (L.A., Dallas and New York). Dallas had thunderstorms in the morning that were forecasted to clear out by the time we got there so I wasn’t too worried.

We took Blacklane to LAX. The check-in line at priority boarding was about eight people deep and slow-moving, so we checked our bags curbside and zipped through security. There was no line so we didn’t need to use CLEAR and went straight to the Admirals Club to get breakfast (I get in thanks to my Citibank AAdvantage Executive credit card).

I’ve become friends with one of the Admirals Club agents in L.A. and when she checked us in, she asked us where we were going. I told her LGA via DFW. She looked at me as if to say, “Why??” and I explained that it was much cheaper using miles. She informed me that there was weather in Dallas and the 6am flight was delayed so I should keep a close eye on the flight. That was great advice.

It was then that I realized I might actually be able to get us on the non-stop flight to New York so I went upstairs to the club, which has a dedicated team of reservations agents, to see what kind of magic they could work. I knew it wouldn’t be anything soon because I had checked the flight loads and the morning flights in business were all full.

BTW: The people-watching is always good at LAX and especially in the airline clubs, so keep your eyes peeled if you want to spot some celebrities. We saw multiple, including Neil Patrick Harris, Ben Stiller and Jessie Tyler Ferguson.

Sure enough, Lori, the agent, was right about our flight possibly being delayed. Just as I approached the reservations desk, I got a notification that our flight was delayed and we might miss our connection, and so AA was allowing changes. These days, flights are pretty much always full so it’s imperative to act quickly when there are delays or cancelations.

Here’s how our day went down and my advice and strategy—regarding what to do if your flight is delayed or canceled as ours was—in eight steps: 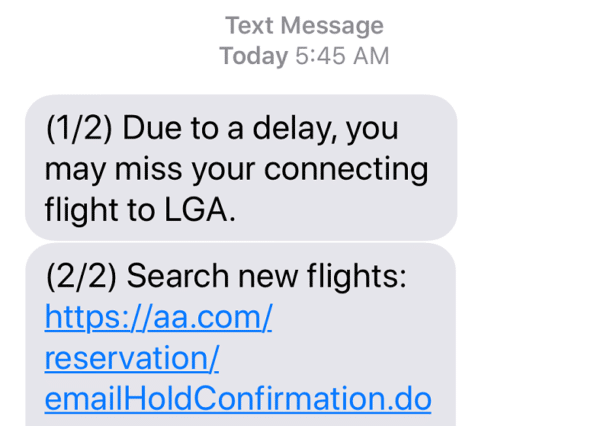 What to do if your flight is delayed or canceled

1. Sign up for flight notifications
Most airlines, including American Airlines, now provide flight notifications automatically so always download the airline’s app and check your text messages and emails often. I also use TripIt Pro for extra protection and to (sometimes) get a jump on others.

2. Act quickly
Again, since flights are pretty much always full these days, it’s imperative to act quickly when there are delays or cancelations because there may not be many vacant seats available.

3. Know your options
Since I really wanted to get us on American’s premium A321T transcon, I knew the flight loads. I checked the seat maps on AA.com and knew there wasn’t anything open in business until the late afternoon. Another place to get even more accurate information is Expert Flyer but it’s $10 month or $100 a year. Here’s how Expert Flyer works.

4. Go to a club lounge
If you have access to a club, go there since the lines to speak to an agent are usually a lot shorter there. Otherwise, get in line at the customer service desk or better yet ask your gate agent (although it’s doubtful they will have time) and ask for help. If there’s any kind of line, get on the phone with the airline’s reservations desk and try tweeting the airline. See who can help you first.

The agent in the Admirals Club at LAX was great and spent at least 20 minutes rebooking us. Because I knew what was available, I had him check the later non-stop flight. He probably wouldn’t have otherwise, thinking we wouldn’t want to stick around the airport for so long. But since we live close to LAX, it was not a huge deal, just a pain to schlep bags and a two-year-old.

5. Grab any available seats
The agent quickly grabbed the last three business class seats on the 3pm flight. They weren’t together but we would worry about that later since time was of the essence. 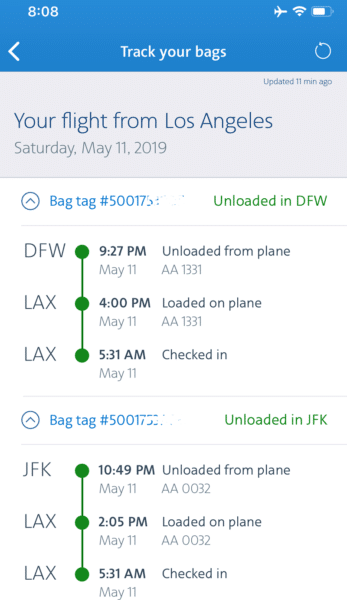 6. Make sure your bags are transferred
If you’ve checked bags, make sure they get transferred. This is where I messed up. I didn’t keep monitoring the AA app, which provides detailed information about when American loads and unloads bags. 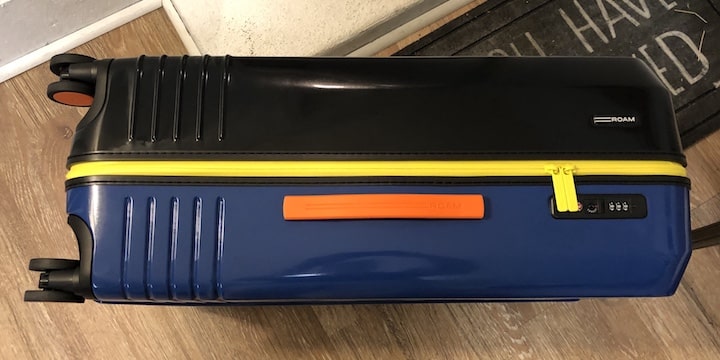 On this trip, I learned two key things: to save a photo of my bag to my “Favorites” album for quick reference and to have luggage that stands out. I was traveling with my new, colorful bag from Roam, a suitcase company that lets you design your bag any way you want. I made sure mine was unique so no one would accidentally take it.

Natalie uses a black Away bag, which she loves, but it doesn’t stand out in a sea of black luggage. On our trip two weeks ago to Toronto, someone almost accidentally walked off with it because she thought it was her bag. I wasn’t surprised that my bag made it to JFK but Natalie’s didn’t. 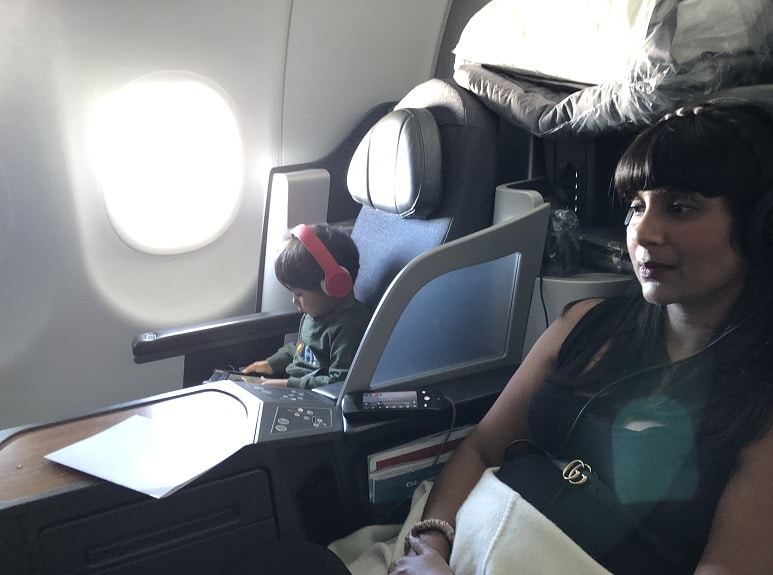 7. Keep checking seat assignments
The only three seats available were all window seats. I knew this might be trouble because we didn’t have any bargaining power. Ideally if you want to sit together, make sure you have an aisle and a window so other passengers are more likely to switch. Not many people want to move from an aisle to a window or vice versa. 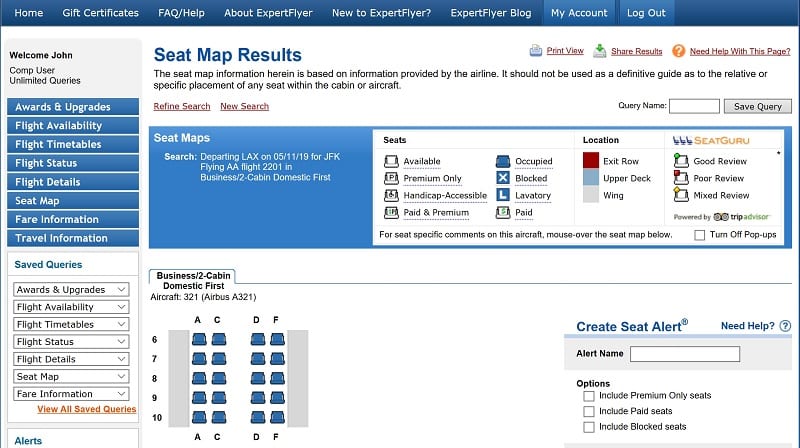 I literally kept checking the seating chart every 15 minutes to see if anything opened up. I also created a seat alert with Expert Flyer. There was nothing.

When we arrived at the lounge the second time around, I asked the agent (a different one than our original agent) if AA could work any magic because Jack had to sit next to his mother. It didn’t matter if I was near them or not. The agent ended up calling the gate agent and moved some passengers around to accommodate us. The only reason they did this was that a two-year-old can’t sit alone. I will now (not that I ever did before) never get upset if my seat gets switched to accommodate a family. When my seatmate sat down, I quickly explained the situation to him and offered to switch seats with him, but he declined.

8. Let your hotel and transportation service know
The last two things I did were update our Blacklane car booking and call the hotel (Marriott Eastside) to let them know we were going to be late arriving so they didn’t give away our room. 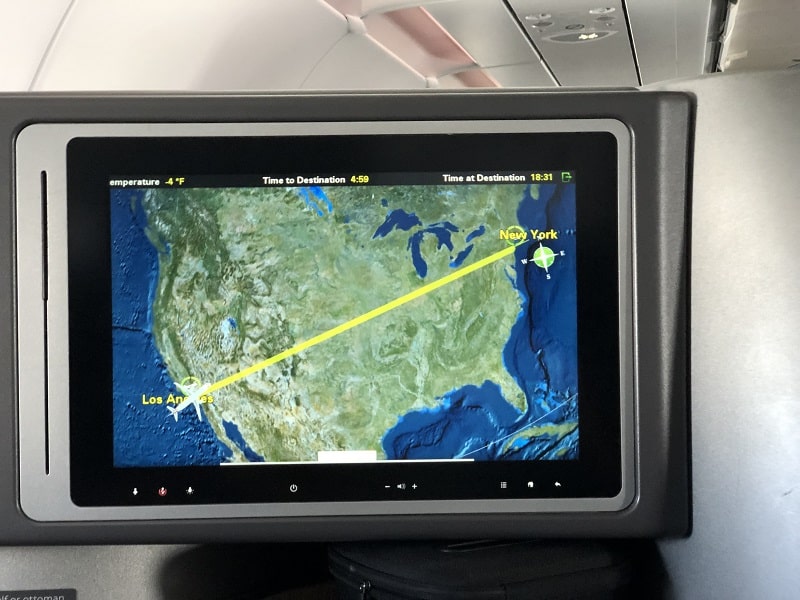 Our flight to JFK

The non-stop flight was great and the Viasat Wi- Fi was amazingly fast so I got a lot of work done. Just before landing at 11:30pm, I remembered to check the American Airlines app for our bags and that’s when I saw one had already arrived and the other was still in Dallas! 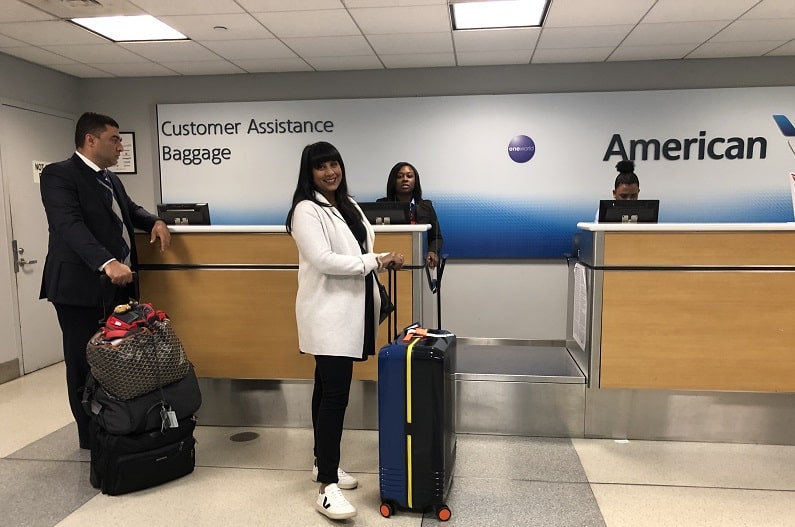 Because I knew one bag had already arrived, I didn’t bother going to the carousel and instead made a beeline to the baggage office and filled out a missing bag form. It was really just putting our hotel address on a piece of paper.

I asked the agent if we were entitled to any money and she said that yes, we were. She told us to keep the receipts for reimbursement for anything we needed. I didn’t need anything but Natalie had all of her prenatal vitamins and toiletries (contact solution, contact case) in her bag so I ended up going to a 24-hour pharmacy two blocks from the Marriott and getting them for her at 1am. We’ll see if AA reimburses me for the amount I spent, which was about $100.

One nice thing is that I did practice what I preach and put half of Natalie’s clothes in my bag so she had clean clothes. Jack, on the other hand, only had one extra outfit because we always carry a backup pair of clothes for all of us on the plane, just in case they get dirty or our bags are delayed. Good to know: It took exactly 24 hours for Natalie’s bag to be delivered to our hotel and that’s with it having a “rush” tag on it, which I assume we got because I’m an elite flier.

As you can see, we had a long and eventful but fun day of travel, and one that was filled with learning experiences. I’m sharing them so you won’t make the same mistakes we did.