What Travelers Can Learn From LA Shooting of Rapper PnB Rock 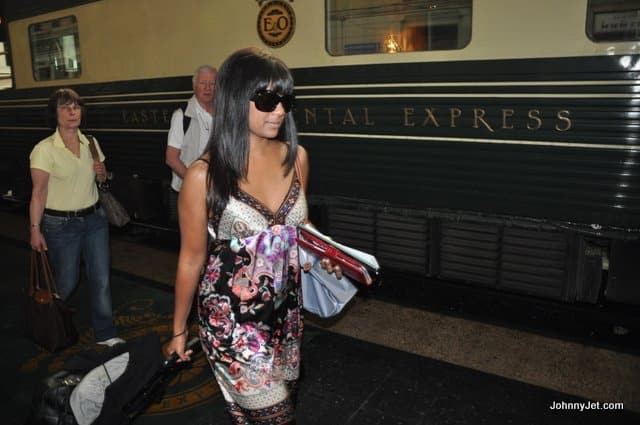 I just came back from a breakfast meeting with a friend who’s in town from Bangkok. We were eating at The Farm of Beverly Hills and I couldn’t help but say, “You know, you really should turn that big shiny ring of yours around because it’s not wise to wear any expensive looking jewelry anywhere in the U.S. these days.” She was surprised and said, “Even during the day? Even around here?” I said, “Yep.”

RELATED: Why You Should Wear a Money Belt When You Travel

There have been dozens of incidents lately, including a high profile shooting yesterday when rapper PnB Rock was eating lunch at Roscoe’s Chicken and Waffles in South L.A. and was shot and killed over, you guessed it … his jewelry.

According to KTLA: “The musician’s girlfriend posted a photo of her food at Roscoe’s and tagged the restaurant minutes before the attack, according to multiple reports. In a video shared on social media, a witness claims the robbery was related to jewelry, a motive the Los Angeles Times also reported, as the unidentified shooter reportedly took all of the rapper’s jewelry before fleeing the scene. Graphic video shared by TMZ showed Allen lying in a pool of blood inside the restaurant. He was pronounced dead around 2 p.m.”

Back in February, I wrote: “One crime that’s on the rise (according to CBS LA and the police) is follow-home robberies where “suspects typically target victims carrying expensive purses or jewelry, such as watches and necklaces, follow them home or business and rob them. In some cases, suspects target victims using social media to track potential victims. Authorities advise residents to be aware of their surroundings, to be cautious of displaying high-value items in public and if residents have any inkling that someone may be following them to call 911 and to go to their nearest police station.”

RELATED: Warning: Leave Your Expensive Stuff at Home When You Travel

I also just read in Rudy Maxa’s newsletter today that: “If you’re going to San Francisco, feel free to wear a flower in your hair, but you might not want to wear a Rolex on your wrist. A police department in the Bay Area of San Francisco warned recently of “bling rings,” gangs of thieves targeting men wearing Rolex watches. The Oakland police department posted a warning on social media that a gang called “Rolex Rippers” were active in the communities of Walnut Creek, San Leandro, and Danville. Most watches were taken by force by robbers said to be armed. The police department suggests leaving your Rolex at home. In Oakland alone this January, 20 Rolexes were stolen off the wrists of owners of the pricey watch by armed thieves.”

And this isn’t just happening in California. According to NBC News, a New Jersey man who was seen cashing in $10,000 at a Pennsylvania casino was followed 50 miles to his home back in February, “where he was shot with his wife and teenage daughter sleeping just steps away.”

RELATED: This Type of Crime is on the Rise and Travelers Need to Take Note

All travelers to the U.S. and other countries that have crime need to know never to wear expensive, flashy jewelry, clothes, shoes or accessories when they travel. I suggest steering clear of designer luggage, too. It makes you a target and screams “rich American.” Unfortunately, there are a lot of desperate people out there and theft can happen in any country in the world, including right here at home.