What’s It Like to Travel to Poland Right Now 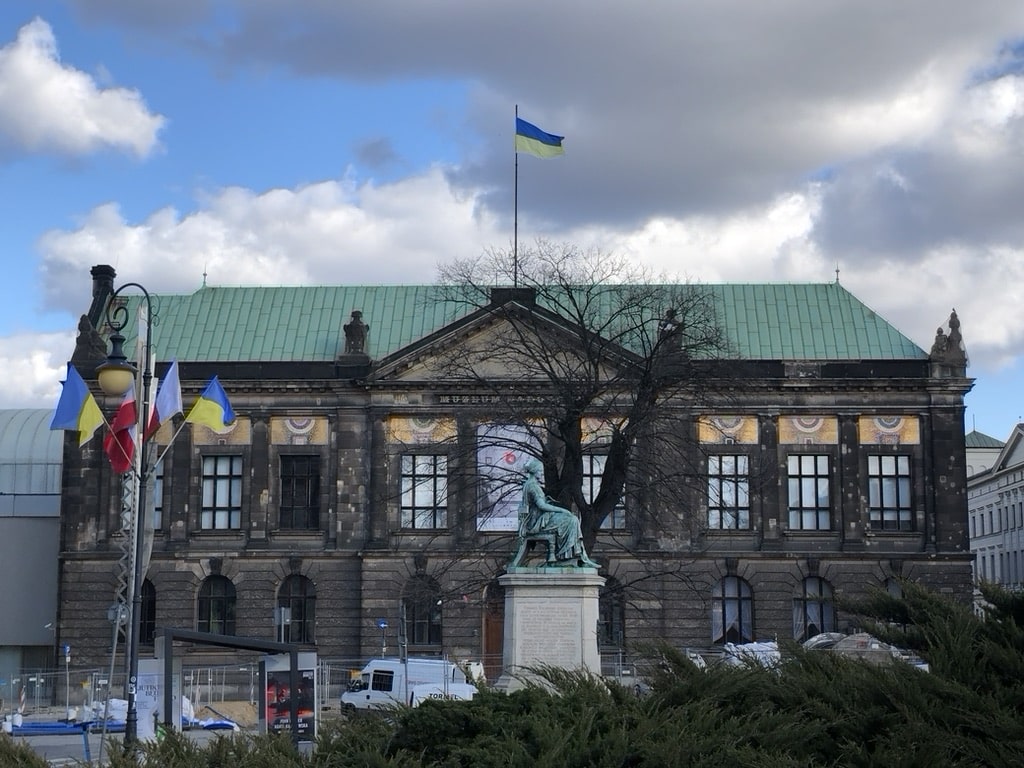 An American friend who’s living in Germany just returned from a long weekend to Poland. He was kind enough to share his experience which, in short, is surreal. Here’s his brief story:

I thought I’d give you some insight into a small part of European travel. Our family traveled from Berlin to Poznan, Poland from Saturday to Tuesday (it was a long weekend in Berlin). It’s a 3-hour train ride from Berlin, and our whole family really enjoyed the city (the Enigma Museum is especially cool).

The city is decked out with Polish and Ukrainian flags equally. Some buildings, in fact, fly only the Ukrainian flag. Daily life appears to be uninterrupted, except at the train station and nearby convention center. There, you see dozens of volunteers helping refugees. Our train back to Berlin was completely filled, with people standing in the hallway. Almost all of them were women and children. I saw one man who appeared to be over 60, and that was it. The train announcements were also in Ukrainian. When we crossed the border into Germany, the police boarded and checked everyone’s ID. They were extremely professional and compassionate. The German Red Cross passed fruit, snacks, water and juice through the train windows and we passed it all to everyone in the hallways and other compartments.

When we arrived in Berlin, help awaited people to get where they needed to go. There were boxes of prepared meals for those in need. It was a sobering scene all around, reminding our family of the worst and best of humanity.