When The Bachelorette Films in your Hotel 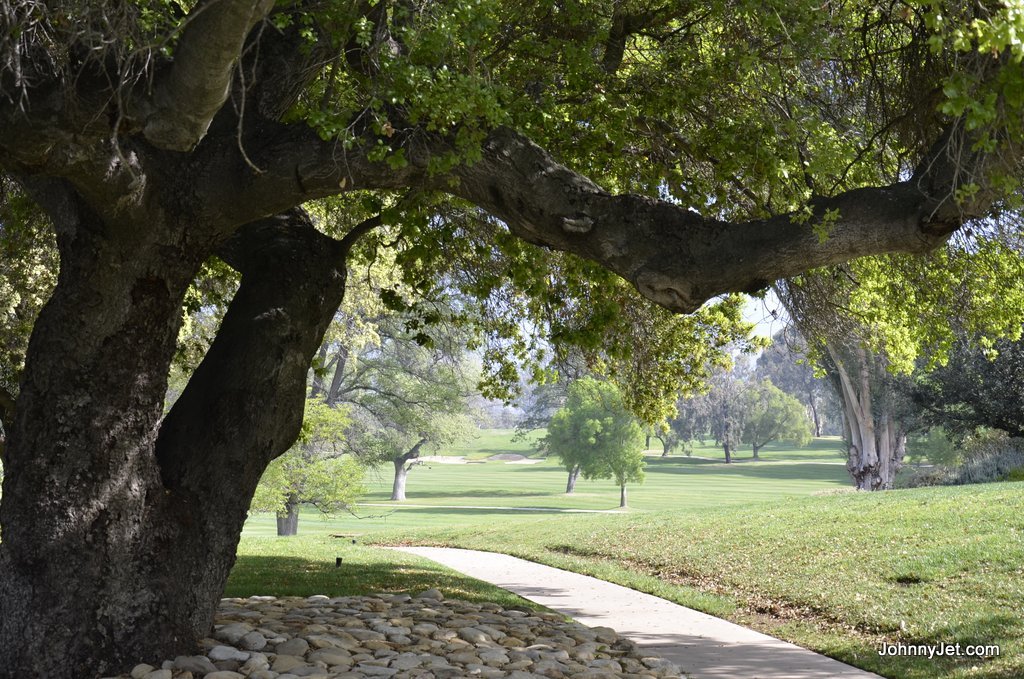 My wife Natalie and I were invited to check out the plush Ojai Valley Inn and Spa, which is 80 miles north of Los Angeles. We were enjoying the quiet peacefulness of this 220-acre resort, dotted with Hacienda-style artist’s cottages when the serenity was interrupted by the sound of a helicopter overhead. 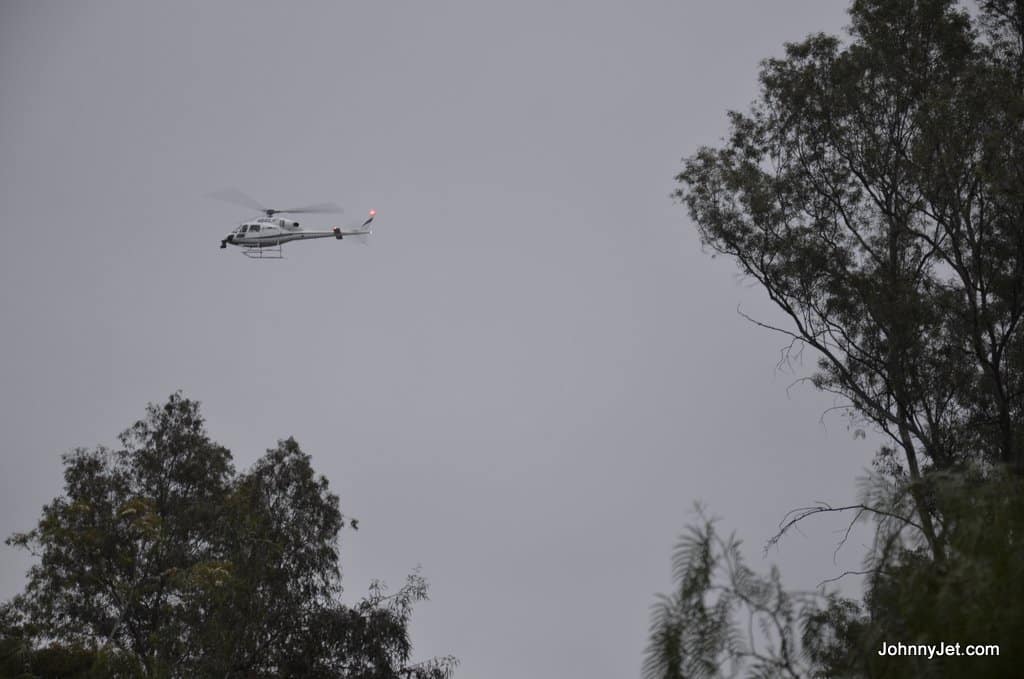 I thought a helicopter circling above was odd because we were so far off the beaten path, my cell phone didn’t even have service. I figured it couldn’t be a police chase or a news copter, which is usually the case in L.A. So I figured it was either a medical emergency or that they were filming a show. I didn’t think it was the latter because the hotel is so exclusive, I assumed they would probably have alerted guests when they checked in or at least placed a note in the room. 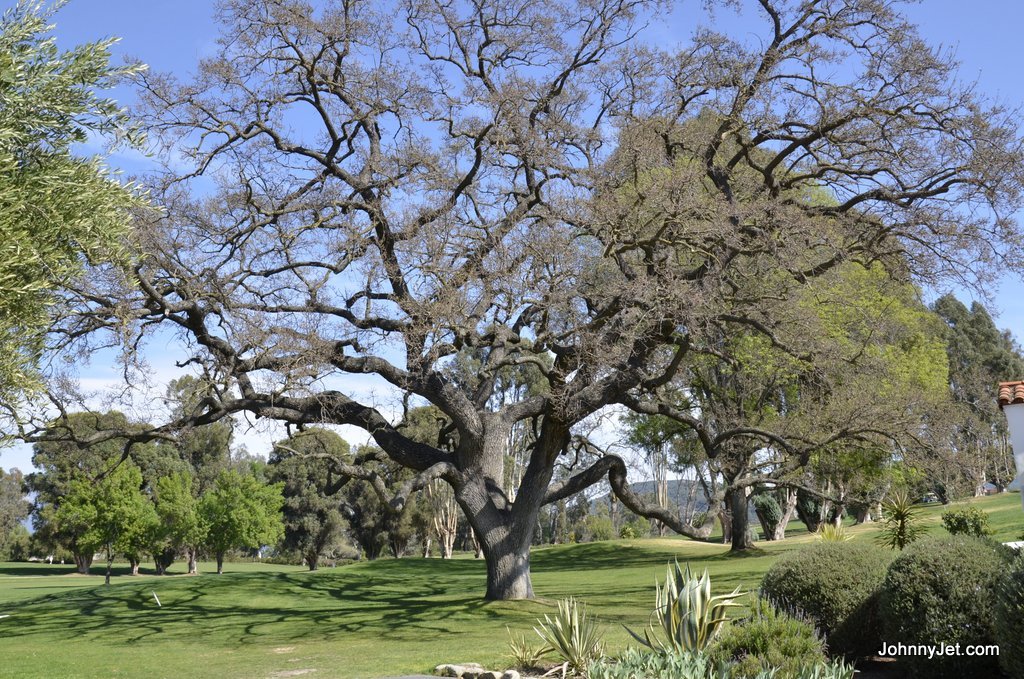 I was wrong. On the way to get lunch from one of the resort’s six restaurants, I noticed a production van and crew setting up a shot under a beautiful, centuries-old oak tree, coined the “friendship tree.”

A few hours later on our way to dinner off-property, Natalie and I saw an army of workers with secret service-style earpieces. I didn’t think they were security because they weren’t that buff and were sloppily dressed. 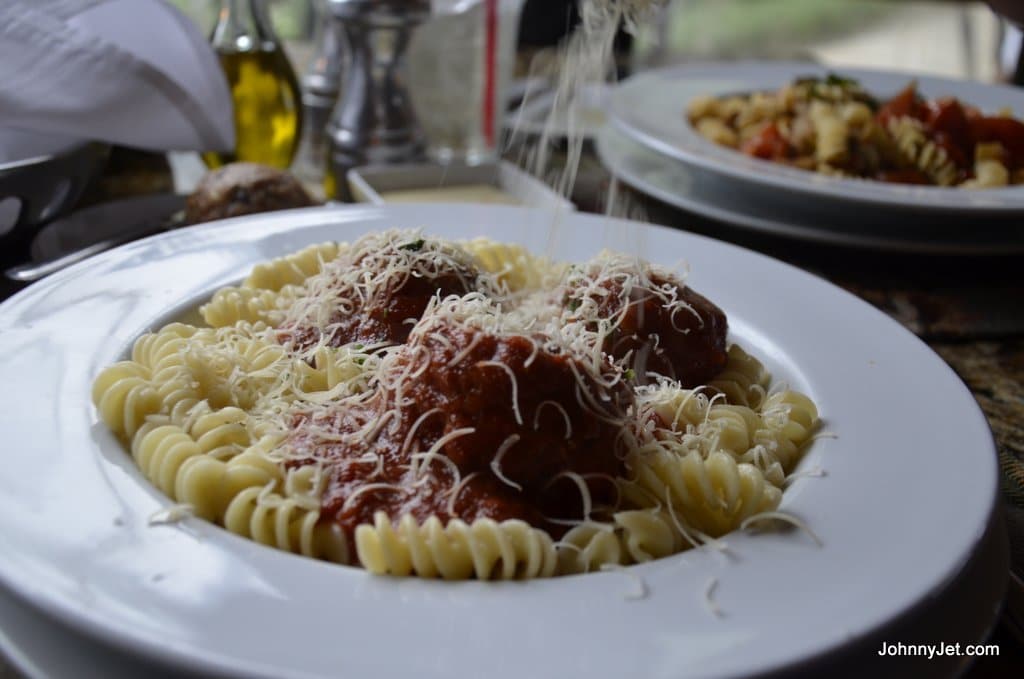 While eating a lovely dinner at Suzanne’s Cuisine about a half-mile down the road, we heard the helicopter hovering again. It didn’t bother me much because we had just cut our meal short since Natalie wasn’t feeling well. We asked for our food to go and headed back to the hotel, which is when the trouble began. 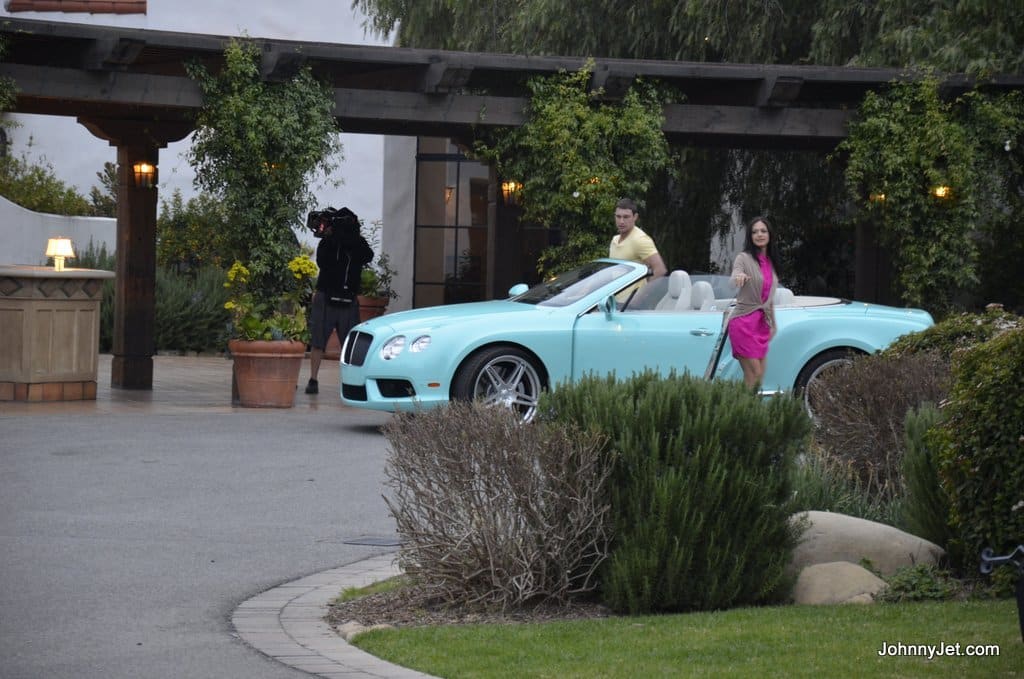 On our drive back to the resort, we passed a shiny turquoise convertible Bentley parked on the side of the driveway. I realized that the people in the car were actors being filmed — Natalie recognized the driver right away as Desiree Hartsock. They were shooting a date scene from ABC’s hit TV show The Bachelorette. FYI: If it wasn’t for my wife, I wouldn’t have had a clue what show was being filmed and every staff member I asked said they didn’t know which was odd. But Natalie was right (as usual) and I later confirmed it when I saw one of the producer’s production books with ‘bette 9’ written on the cover.

Normally this would have been a welcome sight since I had a show on the Travel Channel (Hot Spots 2012) and it’s always fun to watch Hollywood make its magic. But since my wife wasn’t feeling well, it wasn’t. All Natalie wanted to do was go back to the room and bury her head in a pillow.

When I tried to pull up to valet, the hotel staff questioned where we were going — he almost seemed surprised we were hotel guests. He told us that only self-parking was available and he guided me to the parking lot as the Bentley was quickly coming up from behind.

While waiting for them to finish their shot, I snapped the photo above. In between the retakes, we walked to the lobby to get a golf cart to the room since Natalie wasn’t up for the long walk.

The hotel staff couldn’t have cared less and they said it wasn’t possible to get a cart to our room. This is supposed to be a five-star hotel and “no” shouldn’t be an option, especially when a simple request like this one from a sick guest is involved. I went to the front desk and they were more understanding and said they would arrange something. 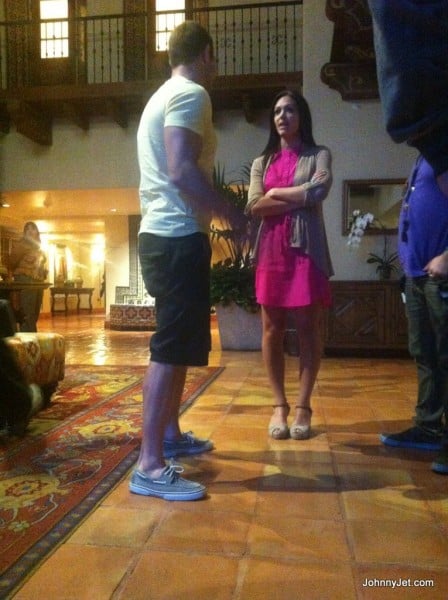 We were shuffled to the side of the lobby with the rest of the crew while bachelorette Desiree Hartsock walked in with her date. The couple seemed nice but we really saw firsthand how there’s nothing real about this reality TV show. That might be disappointing news for fans of the show, but I was more disappointed in the hotel.

Timing is everything and a hotel’s first priority should be to take care of their guests – especially the sick ones. I know that if we showed up 20 minutes later none of this would have happened but situations like this can really allow a good hotel to shine.

Unfortunately, they failed. And we weren’t the only ones they inconvenienced, as could be seen from the growing number of guests standing around waiting for the ‘ok’ to move freely about the property.

Natalie and I could not be more laidback travelers. But I was worried about my sick wife and decided to complain in the morning to their social media manager. She couldn’t have been more apologetic and even offered us a redo. And while that’s a wonderful way to make amends (thank you!), hopefully this hotel and others will learn not to sacrifice the comfort of their guests in favor of a moment in the spotlight. 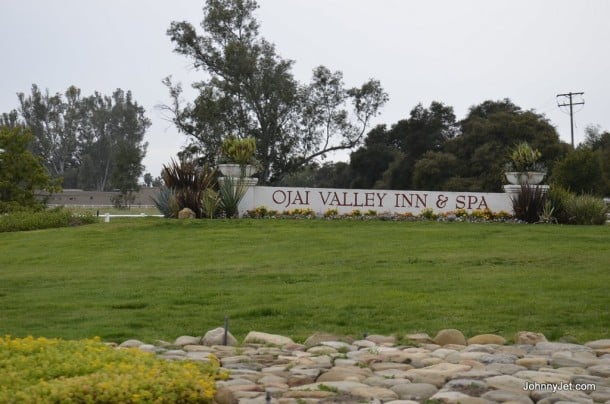 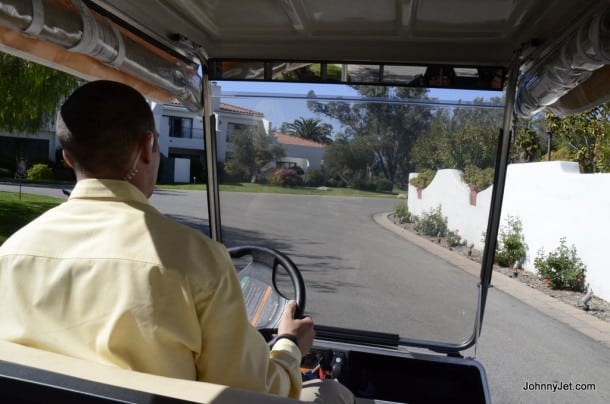 Guests are shuttled around the large property in golf carts. 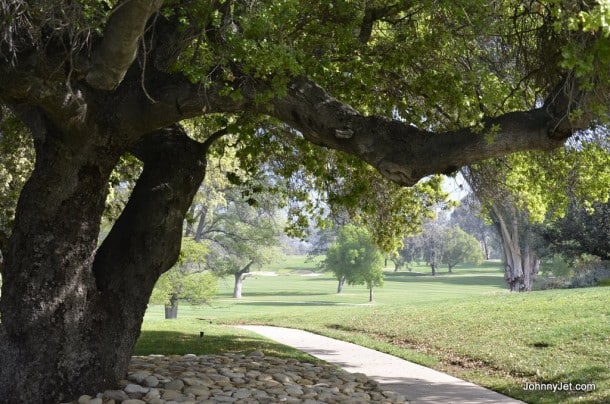 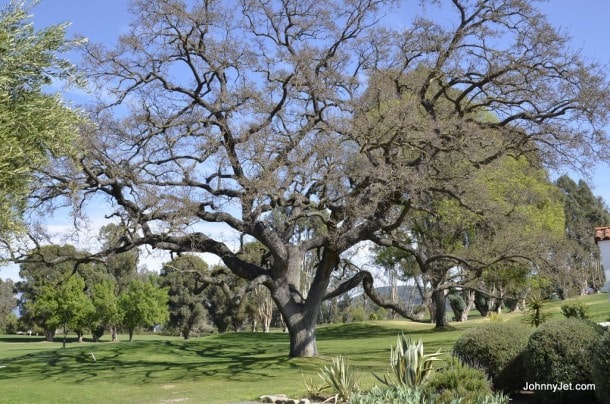 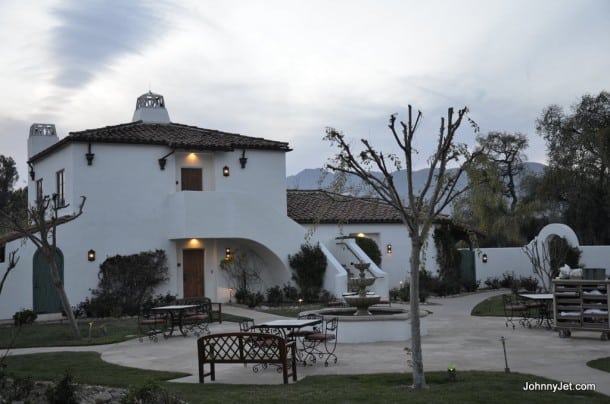 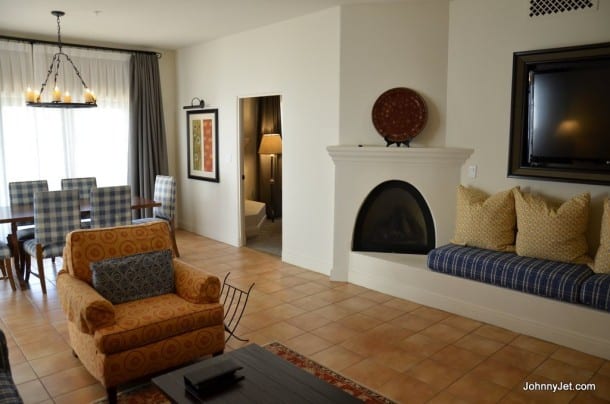 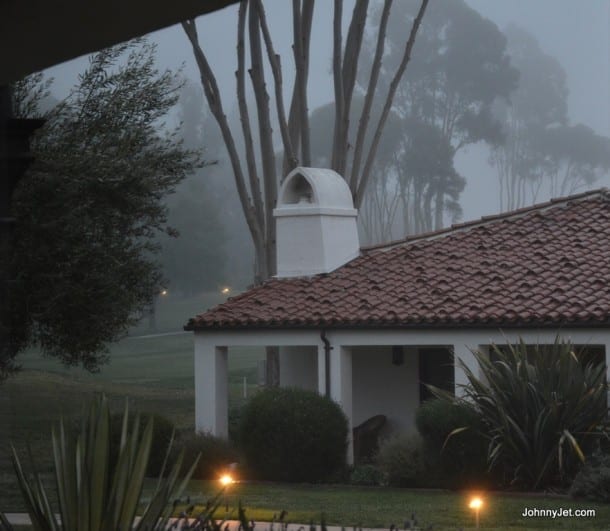 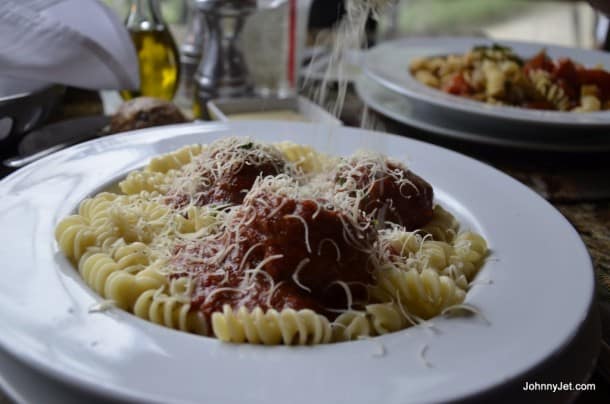 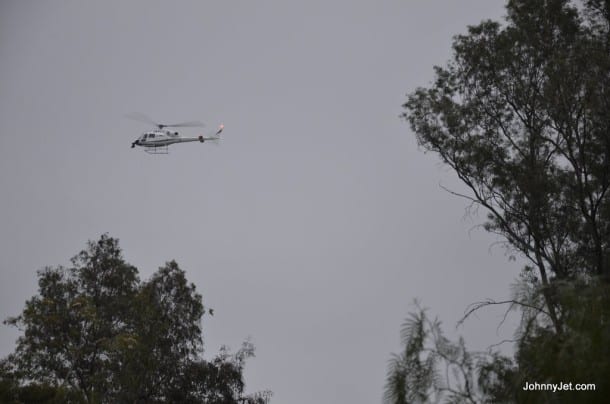 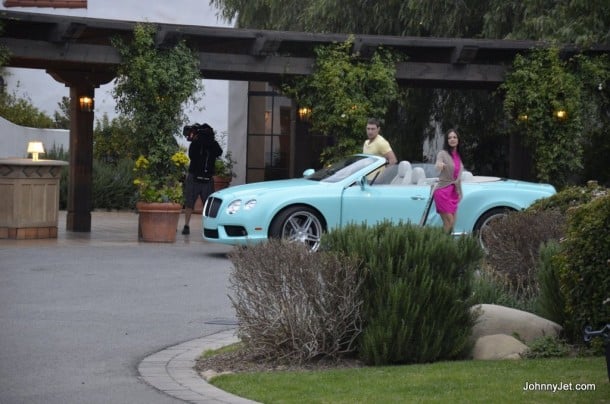 Desiree Hartsock and her date film an episode of The Bachelorette

17 Comments On "When The Bachelorette Films in your Hotel"