Why Delta has the Worst Frequent Flyer Program

I fly around 175,000 miles a year but instead of giving my business to one airline I fly whatever is cheapest. Therefore, I’m not super elite on one airline but I do have at least the lowest level elite frequent flier status on three: American, Delta and United. Each of those are members of the three airline alliances: Oneworld, SkyTeam and Star.

What’s nice is that I get perks on all of their partner airlines and I can pretty much book a mileage ticket to anywhere in the world. I’m constantly pricing out award tickets since a good deal of my travel is at a moment’s notice and it’s the best way to save money.

To be honest, I can’t remember the last time I used Delta miles because they have the absolute worst value out of all the major airlines. The points they require are two to three times higher than the other airlines and they don’t even offer a discount for one-way tickets.

My go-to airlines are American and United and to give you an idea of how ridiculous Delta is I priced out two different trips on all three airlines and included screenshots. The first was a roundtrip ticket from Toronto to London leaving Christmas Day and returning New Year’s Eve. The second is a one-way ticket from Los Angeles to New York on January 5th. 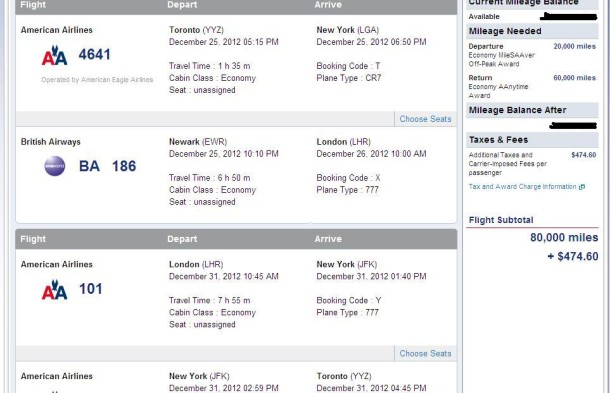 American Airline’s lowest price was 80,000 miles and $474.60 and one of the segments would be on their partner airline British Airways. What’s amazing is that the outbound flight would cost me just 20,000 miles but the return was 60,000. 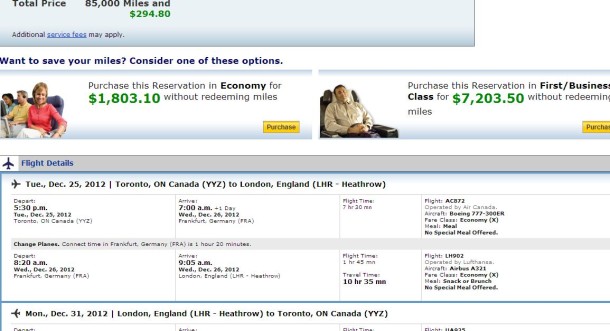 United wanted 85,000 miles and $294.80. One of the segments would be on their Star Alliance partner Lufthansa. What’s interesting is that United also offered an alternative to purchase the reservation using all cash. Economy would be $1,803.10 and first class is $7,203.50. BTW: A first class ticket going over and returning in business class was available for 117,500 Miles and $386.50. 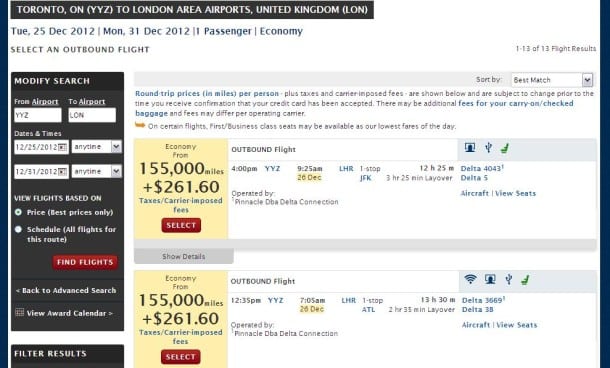 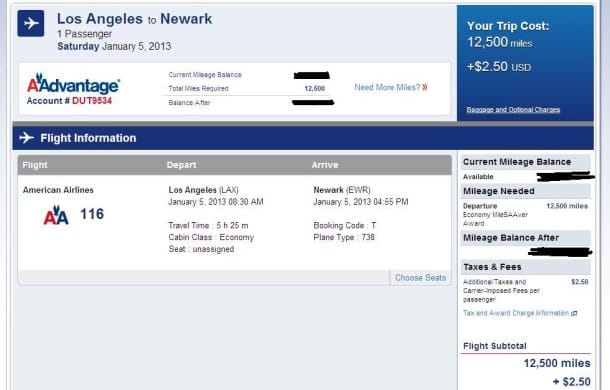 American Airlines didn’t have any flights available to JFK but they did offer a reasonable alternative to Newark. The nonstop flight was 12,500 miles and $2.50. 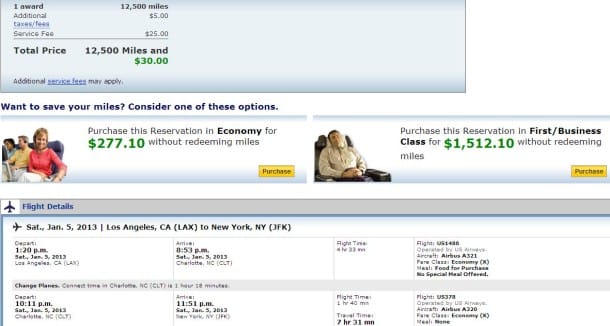 United didn’t have any nonstops but they did have seats available on their partner US Airways through Charlotte for 12,500 miles and $30. Again they showed the price if I just wanted to pay cash: $277.10 for economy and $1,512.10 for first/business. 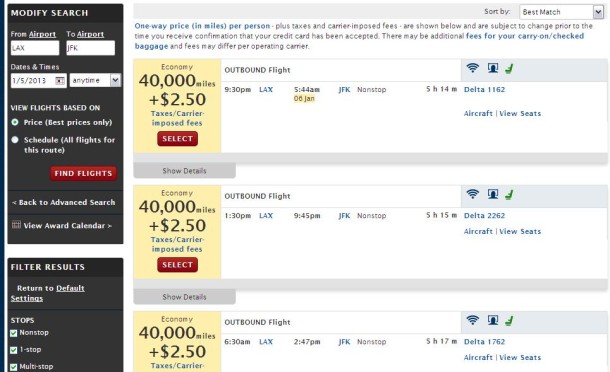 Delta had nonstop flights available to JFK but the price … 40,000 miles and $2.50. Is that just a rip off or what?! That’s more than three times the miles as American and United wanted.

So there you have it! Please let me know (below in our comments section) if you agree or disagree that Delta has the worst frequent flyer program when it comes to redeeming award tickets.

RELATED:  Frequent flier programs are NOT a scam – here’s why you should signup now | Six ways to get the best coach seat on an airplane

26 Comments On "Why Delta has the Worst Frequent Flyer Program"