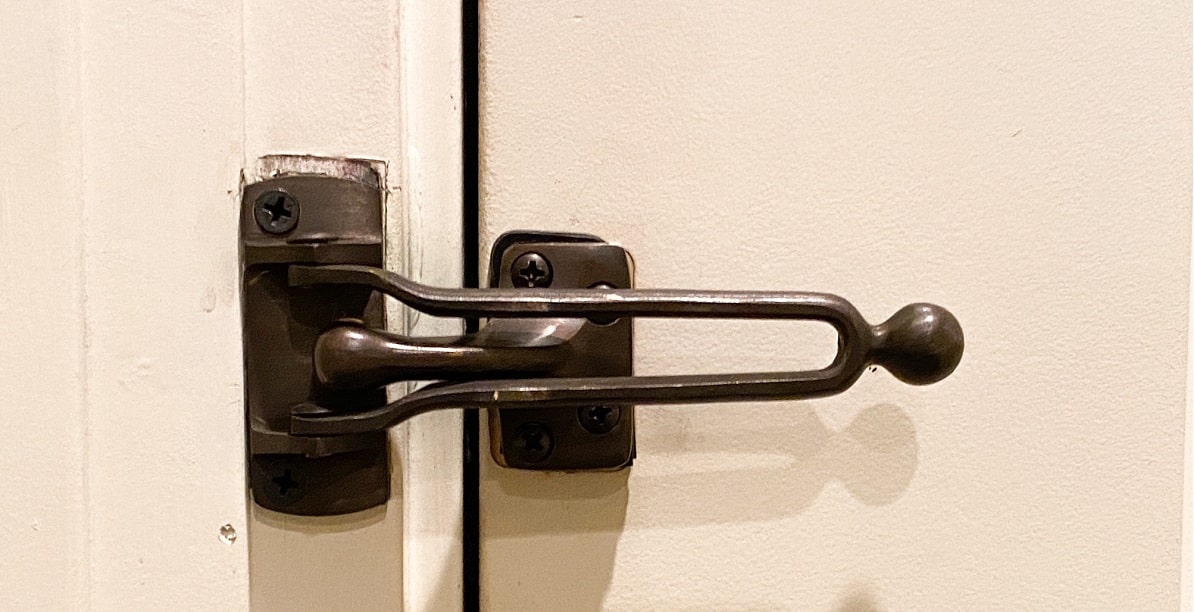 This week, I received a great reader tip from a reader. Don S. advises hotel guests to: “ALWAYS lock the deadbolt when in the room. I was in Florida on business; the front desk manager, knowing I was staying for nearly 3 weeks, offered me several rooms to choose from. The first room was OK, I entered the second room only to have a lady coming out of the bathroom and drying her hair (without a stitch of clothing on). She screamed; I ran down to the front desk and I could hear her on the phone screaming at the manager. Had she locked the deadbolt, there never would have been an issue.”

This is a great safety tip and something I’ve definitely encountered multiple times. I’ve almost always been on Don’s end and not the receiving end except once. That crazy story is below.

But if you need more proof that mistakes like this happen, then just go on a room tour with the hotel’s GM or PR person. I’ve done it countless times on press trips and they always knock on the door before entering because mistakes happen.

I went digging through my old website because I remembered that something sort of similar had happened to me and it’s honestly one of the funniest and crazy stories I’ve ever written. From my 2005 archive:

I wasn’t in L.A. for more than a week before I headed back to the airport. This time I flew United to Chicago, so I could do my monthly segment on WTTW-TV’s “Chicago Tonight”. On the plane I decided it was time to take the antibiotic I had just picked up to cure an upper respiratory infection. I figured since I was going to a very cold climate, I better take it before my asthma got worse. An hour after popping my pill, my stomach started to bubble. I quickly grabbed my pharmacy bag and read the side effects: nausea (no), stomach pains (yes), diarrhea (uh oh). I flagged a flight attendant down, and bought one of the $8 lunch boxes from Eli’s (turkey, cheese and cold egg croissant served with canned Dole fruit and yogurt). It wasn’t very good, but it helped my stomach chill… for a bit.

When I landed at O’Hare I knew it would be smart to get to my hotel as quickly as possible. (I am one of those people who has a thing about using public restrooms.) It was rush hour, so I took the Blue Line (it takes 45 minutes, and costs only $1.50). Would you believe that yet again one of the magic carpets was broken? Every time I use CTA (Chicago Transit Authority), one of the four people-movers downstairs in ORD is always broken. It’s become pretty comical.

On the train my stomach started rumbling again, and I got worried. I got off at Clark and Lake, and took a $5 cab to the Sheraton Chicago Hotel and Towers. By now my stomach was so loud that passersby must have thought an Asteroids game was nearby. The Sheraton Chicago Hotel and Towers is huge, and the check-in line took way too long. There were only three people in front of me, but the clerks were s-l-o-w. I thought about making a mad dash to the men’s room, but I figured it would be a copout after I’d made it so far. When the front desk agent kept asking me questions, like do you want a king-size bed, I just kept nodding my head yes to everything. By that point I couldn’t even think. I was surprised I could show my ID, which they require from all guests.

I finally grabbed my key from the counter and waddled as fast as I could to the elevator. Of course, just as the elevator doors were about to shut, I saw an arm shoot its way between the doors, and in came a group of business people. I wanted to scream when nearly everyone pushed floors lower than mine. It was like torture. To make matters worse, the only two people left in the elevator were me and a gorgeous woman. She gave me a big smile, but I didn’t even smile back. I just quickly turned my head at the wall sign that showed the floors. When I reached the 22nd floor, I bolted out of there so fast out that I don’t even know what she thought.

I studied the room number signs on the wall, because I didn’t want to go the wrong way. To my dismay, my room, 2254, was at the last one listed, which meant it was at the end of a very long hall. I almost started to cry. I was sure I wouldn’t make it. That would have been a huge problem, because I hadn’t brought a change of clothes for the TV show that I would be on in 30 minutes. As I hobbled down the hall, I prayed that my magnetic room key would work (too often they don’t). I had been upgraded to a mini-suite, and my room was in a little corridor with another door adjacent. To my surprise (and relief), my room door was ajar. I didn’t care if the maid was in the room, or had accidentally left the door open. All I knew was the toilet was mine.

I threw my bag and key on the bathroom floor and praised God I had made it. Sitting there looking for anything to read, I looked at the different department buttons on the phone. When I noticed room 2255, I grabbed the room key cover from my pocket. Sure enough, to my horror, it read 2254. Not a second later, I heard, “Bob, what are you doing back so soon?” Whatever was left of my stomach dropped. I didn’t know what to do or say. I was relieved to be in the bathroom, but horrified at this turn of events. Would I be arrested, my ass kicked, or just thoroughly embarrassed? I just grunted. Luckily she said, “I’ll meet you at blah blah in an hour,” and the door closed. Again, I thanked God repeatedly.

So, in a nutshell, always lock the deadbolt in your hotel room to avoid an array of potential problems.

RELATED: The Trick to Ensuring The Next Guest Gets Clean Sheets