I’m Lee Abbamonte, the youngest American to visit every country in the world. I’ve visited 318 total countries and am one of the world’s most-traveled people.

If you’ve ever wanted to go to Antarctica and take a true once-in-a-lifetime expedition, this post is for you! Oceanwide Expeditions—with which I’ve now partnered—is one of the leading Antarctic expedition companies in the world, and it has some amazing cruises to choose from. Oceanwide’s Spectacular Ross Sea itineraries (there are two sailings in 2017), in particular, are currently climbing my ever-shortening bucket-list.

The Ross Sea
The Ross Sea is a seldom-visited area of Antarctica, and, out of the view of most of the world, it hides some of the most gorgeous and remote corners on and around the seventh continent. First, here are some cool facts about the Ross Sea:

Visiting in 2017
In early 2017, there are two Ross Sea expeditions on offer from Oceanwide Expeditions:

Both 2017 itineraries go to and from Ushuaia in Argentina and Bluff in New Zealand. Both sail on the Ortelius, in its second life after serving as a special purpose vessel for the Russian Academy of Science. Both are eligible to sell at an extra $1,000 (see below). And—just check out the video above!

The Ross Sea adventures: What to expect
Highlights of the trip include stops at the New Zealand Sub-Antarctic Islands UNESCO World Heritage Site, including Campbell Island. As UNESCO frames it, the islands (including Campbell) “are particularly notable for the large number and diversity of pelagic seabirds and penguins that nest there. There are 126 bird species in total, including 40 seabirds of which five breed nowhere else in the world.”

As I’ve heard it, the fantastic fauna on Campbell Island includes a large colony of southern royal albatrosses on the main island and breeding wandering, Campbell, grey-headed, black-browed, and light-mantled albatrosses on the satellite islands. There are also three penguin species; Eastern rockhopper, erect-crested and yellow-eyed penguins breed here. In the 18th century, seals were hunted to extinction, but elephant seals, fur seals and sea lions have recovered—and are often spotted by visitors.

In the Ross Sea, Oceanwide Expeditions will try (weather-permitting) to take travelers to visit Ross Island, guarded by Mount Erebus, Mount Terror (!) and Mount Byrd. Along the route are famous spots that played important roles in the dramatic British expeditions of the last century, like Cape Royds, location of Ernest Shackleton’s “Antarctic hut.” Passengers will also set course for Cape Evans and the cabin of Robert Falcon Scott; from Hut Point, Scott and his men set out for the South Pole. Here’s more on both landmarks and a few more ghostly Antarctic sites on the Oceanwide radar.

Oceanwide Expeditions will also make attempts to visit the US-station McMurdo, and Scott Base, the New Zealand equivalent. If ice prevents entrance and weather conditions are otherwise favorable, the team has the option to courier people in by helicopter, dropping them down dramatically in one or more set landing spots! Helicopter arrival is also an option for arrival in Taylor Valley, one of the McMurdo Dry Valleys. The conditions here are said to be the closest you can get on Earth to the conditions on Mars.

One of the biggest highlights of the trip is sailing along the Ross Ice Shelf, a floating mass of land-ice with a front 30-meters high. In the Bay of Whales at the eastern side of the shelf, close to Roosevelt Island, Roald Amundsen gained access to the Shelf and ventured to the South Pole, where he finally arrived (as part of the first successful team ever) on December 14, 1911. More history: The Japanese explorer Nobu Shirase had his camp in this area at Kainan Bay in 1912. On 2017 sailings, Oceanwide Expeditions intends to attempt a helicopter landing on the Ross Ice Shelf if conditions allow for it.

Another major Ross Sea highlight is Peter I Island, one of the most remote places on Earth. It’s an uninhabited volcanic island in the Bellingshausen Sea, claimed by Norway and considered a territory on its own. Peter I Island is very rarely visited by passenger vessels due to its exposed nature; it’s considered one of the toughest places to visit in the world. If weather allows it, Oceanwide Expeditions will attempt a helicopter landing on the glaciated northern part of the island.

Other highlights include wildlife-spotting, bird-watching and different excursions on and across the incredible Antarctic continent. Oceanwide travelers will also likely visit Cape Adare, where people first wintered on the ice. Join a 2017 expedition, and you’ll also attend lectures on a variety of Antarctic/scientific/adventurous topics and meet very interesting, like-minded people. Trust me: Boring people don’t go on trips like these, and everyone’s got a story worth telling!

And, take $1,000 off!
Both Ross Sea expeditions are currently being sold at steep discount, but there’s more. With my code LEE1000GIFT, you’ll receive another $1,000 off the cost of a Ross Sea sailing with Oceanwide Expeditions. As someone who’s been to Antarctica a few times (including to the South Pole), and as someone now working with Oceanwide to help people get there, I can tell you that that’s a great deal. If you’ve ever dreamed of exploring the remote Antarctic, I hope that an extra $1,000 off helps you live that dream!

NOTE: Lee Abbamonte and, through Lee, JohnnyJet.com have business relationships with Oceanwide Expeditions and may receive financial compensation. The enthusiasm for Oceanwide’s Ross Sea adventures, however, is Lee’s in sincerity. It’s easy to see why. 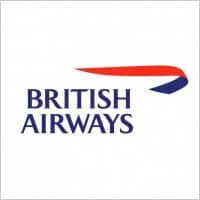 British Airways, together with its partners American Airlines and Iberia, is launching their New Year sale offers to the UK and selected European destinations. World Traveller economy roundtrip airfares begin… 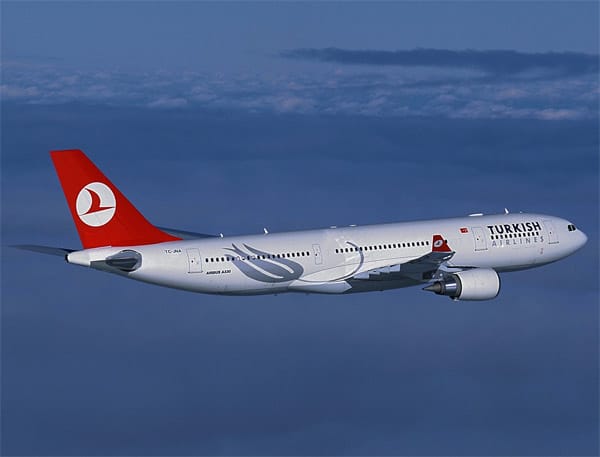 Sweetheart of a Deal for Valentine’s Day from Turkish Airlines

There is a sweetheart of a deal from Turkish Airlines to celebrate Valentine’s Day – but this is a limited time offer! Air fare from just $599 pp from Los…