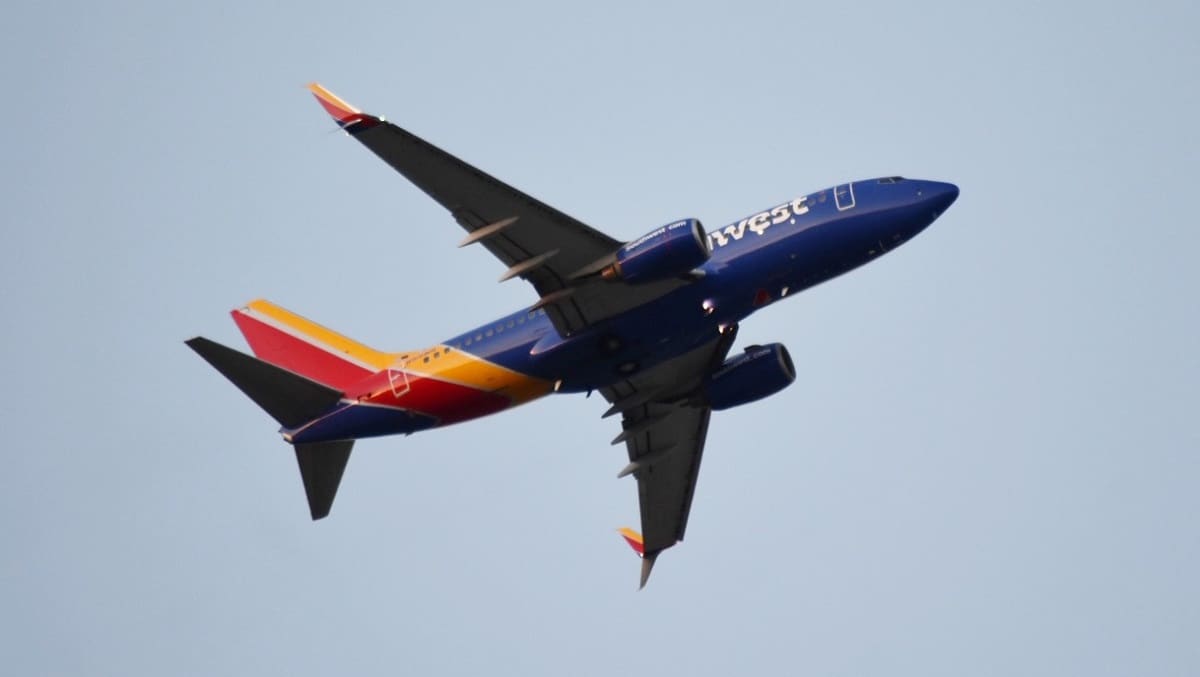 First of all, I have a love/hate relationship with all the airlines including Southwest (SWA) and American (AA) so I’m not picking on them. I will also probably still book flights on AA since I have top tier elite status with them so getting free upgrades and free checked bags is worth the risk. But for those who don’t have elite status and aren’t flexible with travel plans, then you probably shouldn’t book Southwest or American Airlines this holiday season.

Here’s why. According to Politico, “Unions representing pilots at Southwest Airlines and American Airlines, both based in Texas, are asking for exemptions to President Joe Biden’s pending vaccine mandate, with one of those unions warning that holiday travel could be disrupted if they have to comply.”

American’s pilot union, (APA) said, “some of its members were concerned about compliance because of documented medical reasons as well as ‘the potential for career-ending side effects’ from the vaccine, citing stringent FAA medical tests pilots must pass in order to maintain their commercial pilots license.”

Well, it looks like Southwest pilots are already starting to play games because this weekend, Southwest has cancelled almost 2,000 flights, per FlightAware.com (808 on Saturday and 1007 so far today). 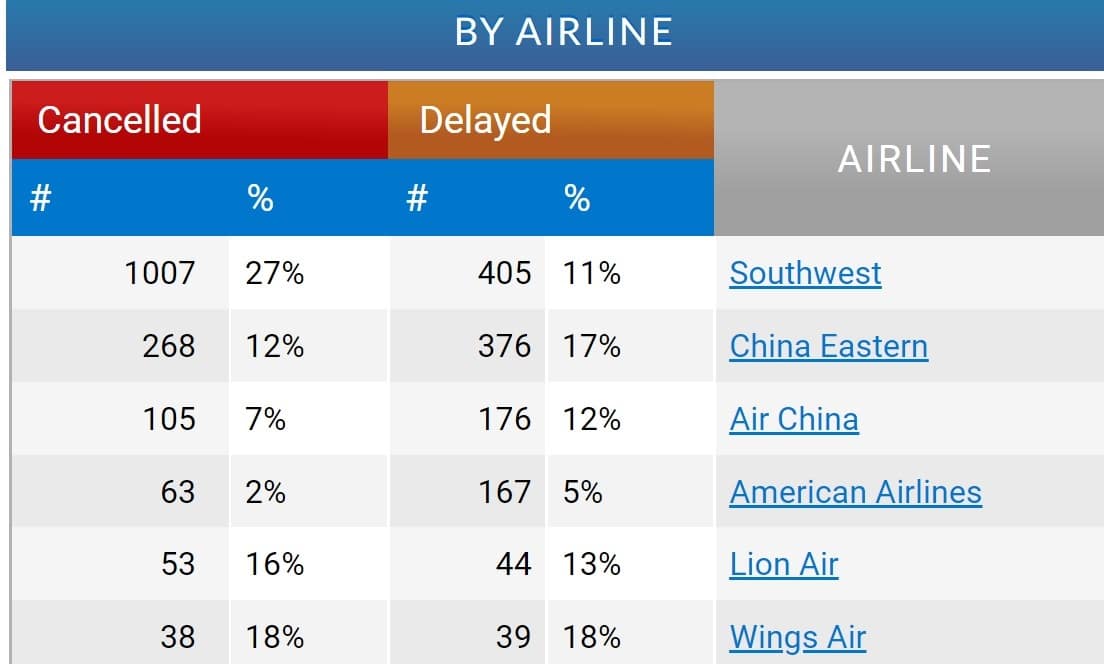 Southwest tweeted out a statement: “ATC issues and disruptive weather have resulted in a high volume of cancellations throughout the weekend while we work to recover our operation. We appreciate your patience as we accommodate affected Customers, and Customer Service wait times are longer than usual. If your travel was affected, please explore self-service rebooking options by checking your flight status on http://southwest.com.”

And according to a press release on Southwest’s pilot union’s website: “SWAPA is aware of operational difficulties affecting Southwest Airlines today due to a number of issues, but we can say with confidence that our Pilots are not participating in any official or unofficial job actions. Our Pilots will continue to overcome SWA management’s poor planning, as well as any external operational challenges, and remain the most productive Pilots in the world. They will continue to be focused on their highest priority — safety. SWAPA Pilots are true professionals and will always maintain the highest level of responsibility to their crews, their passengers, and our airline.”

However, according to Pete Muntean, a correspondent for CNN covering aviation and transportation as well as a pilot and flight instructor: “FAA insists there are NOT air traffic control issues causing Southwest cancellations. “Due to aircraft and crews being out of place, some airlines continue to experience scheduling challenges. No FAA air traffic staffing shortages have been reported since Friday.”

So, who do you believe? It’s the second straight day of major issues with Southwest and is it a coincidence they’re doing it over a long holiday weekend? It could be. But I think it’s also possible that their pilots are telling executives that this is a precursor to Thanksgiving and Christmas unless they back down.

Why did Southwest cancel so many flights?

Scott’s Cheap Flights has an excellent post about why SWA canceled so many flights. “Southwest has given a number of reasons for the meltdown, ranging from weather and air traffic control issues, but the main culprit seems to be lingering staffing shortages caused by the ongoing pandemic. Additionally, the nature of Southwest’s point-to-point network makes getting back on track difficult. A few delayed or canceled flights can have a great effect on subsequently scheduled flights.”

David M. Rowell who has an excellent newsletter writes, “What was it? The people saying it was nothing to do with a vaccine dispute said “The pilot union said it is nothing to do with a vaccine dispute” but the thing is, the union, by law, is not allowed to organize such unofficial strikes, and so would disclaim responsibility, no matter what the truth was. One thing was clear. The pilots were reporting in sick or “fatigued” – a vague term that can refer to mental fatigue as well as physical fatigue, but the bigger problem seemed to be the airline’s inability to adjust and optimize the crew it had and where they and planes were.”

I have heard from pilot friends that it was no doubt a combination of everything including the pilots calling in sick.

If you’re flying Southwest tomorrow or the next day, there’s no doubt there will be plenty more delays and cancelations  as well since it will take SWA days, if not weeks, to recover their operations. Here’s my advice for when your flight is delayed or canceled.

This really sucks if you’re a customer because with flights being so full, it’s difficult to get put on another one. This is why I’ve been advising for months not to be late to the airport because if you miss your flight, there aren’t a lot of options for airlines to get you out on.

If you look at Southwest’s Twitter handle, it’s just full of replies to really pissed off customers. You don’t want to be one of them.

Fortunately, American’s pilots haven’t started using hardball tactics but I don’t think they really need to; all they have to do is say, “look at what happened over at Southwest Airlines this weekend.”