Wild Video: The Craziest Thing You’ve Ever Seen on a California Freeway … And That’s Saying Something

I’ve been living in Los Angeles for over three decades and I’ve seen a lot of crazy stuff – especially on the freeways. However, what took place recently on the 405 might just take the cake. In fact, it left the lunchtime anchors on KTLA (Channel 5) speechless — that’s how insane it was. 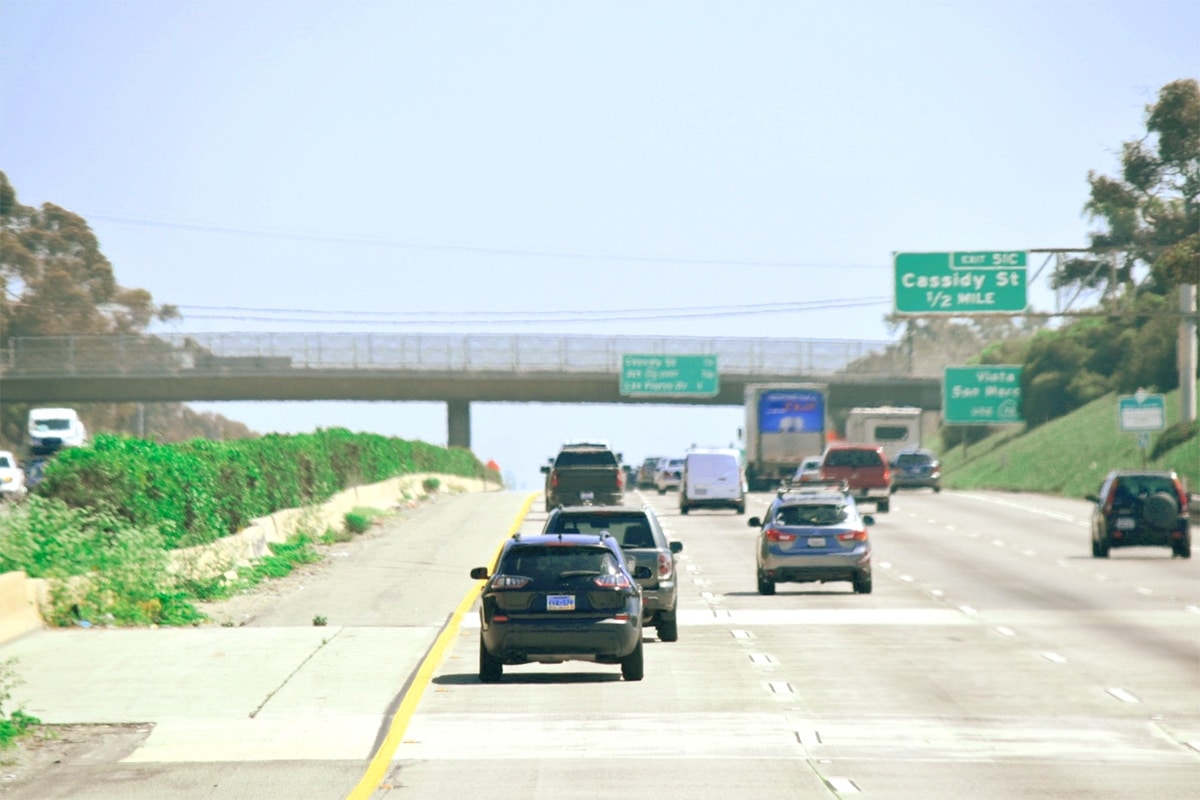 RELATED: The Awesome Device Everyone Should Keep in Their Car

As you can see from the video below, Chad Towersey and a friend captured footage of a woman driving an Audi SUV with the hatchback open and no front right tire at 75 mph. That’s right, the oblivious woman was driving on three wheels and a RIM! Sparks were flying everywhere and she was acting like she had no idea. When she waved to the two men in the vehicle beside her, it reminded me of that classic John Candy/Steve Martin scene in Planes, Trains and Automobiles.

In the video, Chad can be heard giving hilarious color commentary: “Rather dangerous situation happening here on the 405, tailgate open. There’s no tailgate party going on in sight.”

Sadly, I truly believe she had no idea what was going on because it looked like she was under the influence of either drugs or alcohol. I’m betting painkillers since she reminded me of someone I once knew well who had a pill addiction and her reactions at the end were similar.

RELATED: Hilarious Video: How to Keep the Seat Beside You Empty on Southwest Airlines

Chad and his buddy caught up with her at a red light where she apparently rear-ended another vehicle. They confronted her on camera and told her to get out of the car since she had done enough damage. She was so out of it that she didn’t even realize what she had done or that she was missing a tire. She didn’t even put her car in park.

According to CBS Los Angeles: “The Irvine Police Department is aware of videos on social media related to a traffic collision involving a woman driving a black Audi with an open tailgate and missing wheel. While the woman was not arrested at the scene, the case remains under investigation. The involved vehicle has been impounded as part of the investigative process. Alleged medical conditions can complicate driving under the influence investigations and are a consideration in this case. IPD is conducting a thorough investigation into this matter which will be forwarded to the Orange County District Attorney’s Office. We would like to thank the community members who reported this incident.”

31 Comments On "Wild Video: The Craziest Thing You've Ever Seen on a California Freeway ... And That's Saying Something"