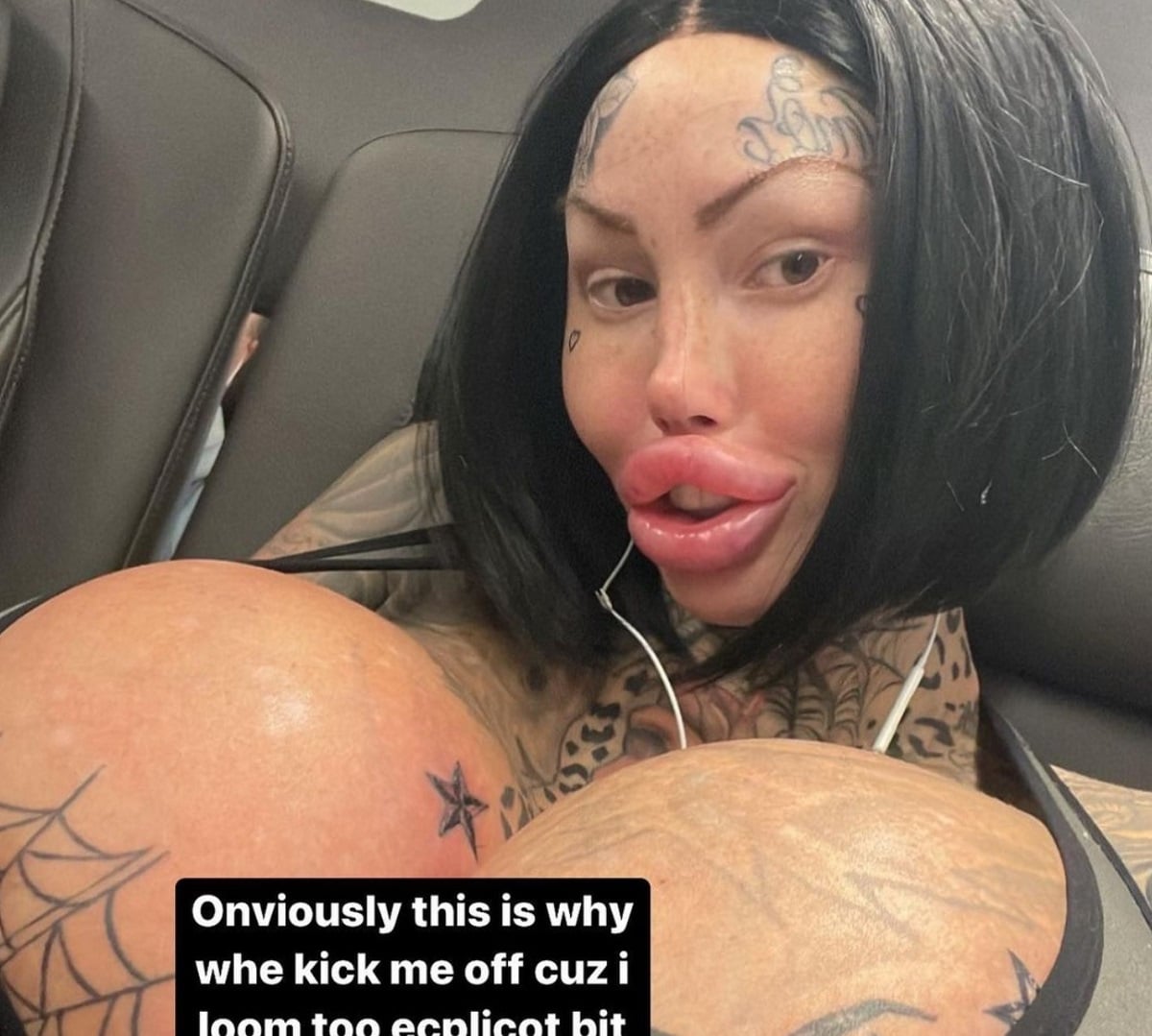 I’m in Toronto so I’m reading local blogs and came across a headline which naturally caught my eye: “Toronto model says she was kicked off flight for having abnormally large breasts.”

I’m sorry I clicked the link because this story is so crazy, you automatically go down a rabbit hole trying to figure out what the hell was going on. The self-described artist, who goes by the name Mary Sebastian Pickles Magdalene on Instagram (@1800leavemaryalone), is making headlines because she was reportedly kicked off an American Airlines flight from Cancun to Dallas a few days ago.

Mary Magdalene claims it was because her breasts are too big but TMZ is reporting: “We’re told airline employees believed the woman appeared to be intoxicated and she seemed unstable, so flight attendants and the captain asked her to leave — she left without incident, and cops did not have to get involved.”

I believe it because the caption on her Instagram makes no sense. For example, she posted a picture of her on the plane with “Onviously this is why whe kick me off cuz i loom too ecplicot bit thats not legal so she had to say its because i was sleeping snd vouldnt hear her girl bye all her dtadd os on my side ur geettinv sued ehore!!!!”

Passengers need to remember that American Airlines’ Conditions of carriage states: “We may not let you fly (temporarily or permanently) for any reason, including if you appear intoxicated or under the influence of drugs.” It also states: “Dress appropriately; bare feet or offensive clothing aren’t allowed.”