Why I Won’t Go to Duke’s Malibu Ever Again

My mom always used to say that everything happens for a reason and that couldn’t have been truer than it was on Saturday afternoon when I went to lunch in Malibu. 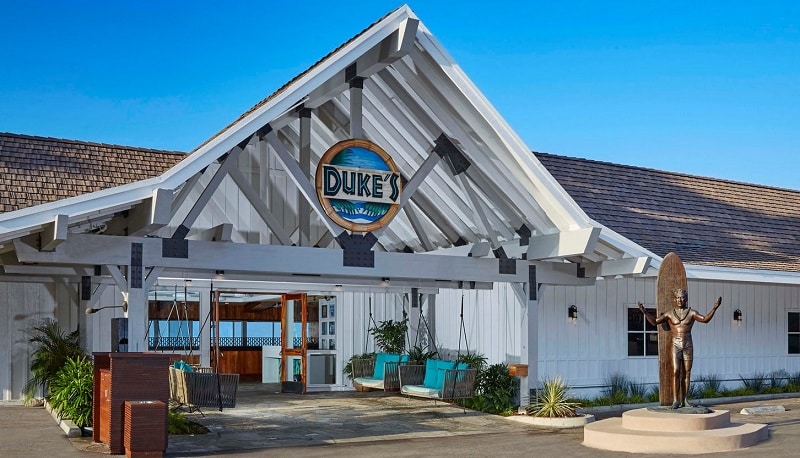 My wife’s family is in town and whenever we have out of town guests, she likes to take them to Duke’s Malibu. The restaurant has beautiful views of the Pacific Ocean so it’s a great spot. I love Duke’s Waikiki and we go there often but I think Duke’s Malibu is just okay. However, having a table by the window makes up for it. We had a lunch reservation at noon, which Natalie booked weeks in advance. We showed up 10 minutes early after our tour of the Getty Villa in nearby Pacific Palisades but it wasn’t long after arriving at the restaurant that we realized Duke’s Malibu is no longer our go-to restaurant.

To my wife’s dismay, the hostess said that they didn’t have any tables by the window available so they could either seat us in a different spot or we could wait 30 minutes for a window table. The most frustrating part is that the restaurant called her the day before to reconfirm and she specifically requested a window table. On top of that, the hostess said that they don’t reserve window tables, it’s first come, first serve. Yet, there was a table set for 10 just sitting there empty, right in front of the window. When we inquired why that table was being reserved by the window, she said that it was because there weren’t many places for them to accommodate a party of 10. But there were plenty of places for a party of 10, away from the window. So why couldn’t they tell those customers that they could either have a table away from the window or wait 30 minutes?

I politely asked to speak to the manager who arrived promptly but had a terrible attitude from the moment he walked out and was clearly unwilling to help. We all looked at each other and said, “Let’s go somewhere else.” After the manager’s completely dismissive attitude, there was no reason to stay and spend money at a restaurant that doesn’t even try to help their guests. I understand that they’ve got to juggle reservations and tables but what they did made no sense, not allowing us to have the table by the window when we had a reservation and were standing right in front of them. And they said they don’t guarantee tables by the window but they were obviously holding that table for a party of 10. So what is it? First come, first serve or not?

Anyway, the valet guys were amazing. “Back so soon?” they asked. We told them what happened and they said the parking was on them and wouldn’t even take a tip. 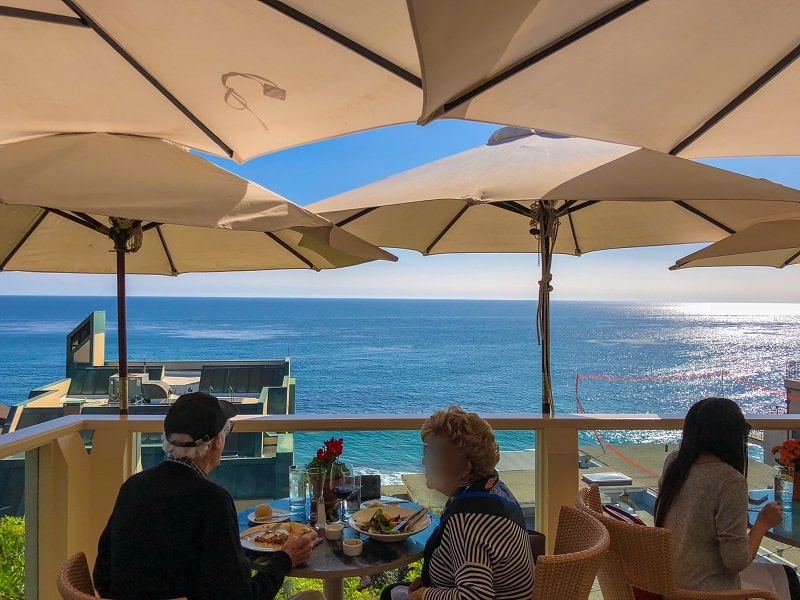 Instead of taking a right onto Pacific Coast Highway (PCH) and heading towards home, I took a left. It was a gorgeous day and I remembered a restaurant I went to when my parents used to visit me in college. Waiting for a street light to change, Natalie quickly called to see if it was still open and if we could get a reservation. Fifteen minutes later and seven miles up beautiful PCH we arrived at Geoffrey’s in Malibu and were seated immediately. It was everything I remembered and then some.

The staff were all super friendly, the setting was spectacular, outdoors with umbrellas and the food was solid. We were given a table by the railing overlooking the ocean and had a glorious lunch that wasn’t much more expensive than what Duke’s would have cost. My wife had said earlier that Duke’s Malibu had make a mistake and had just lost a customer for life but I said we should stop by on our way home to sincerely thank them for their awful service because we just discovered our new favorite restaurant in L.A!