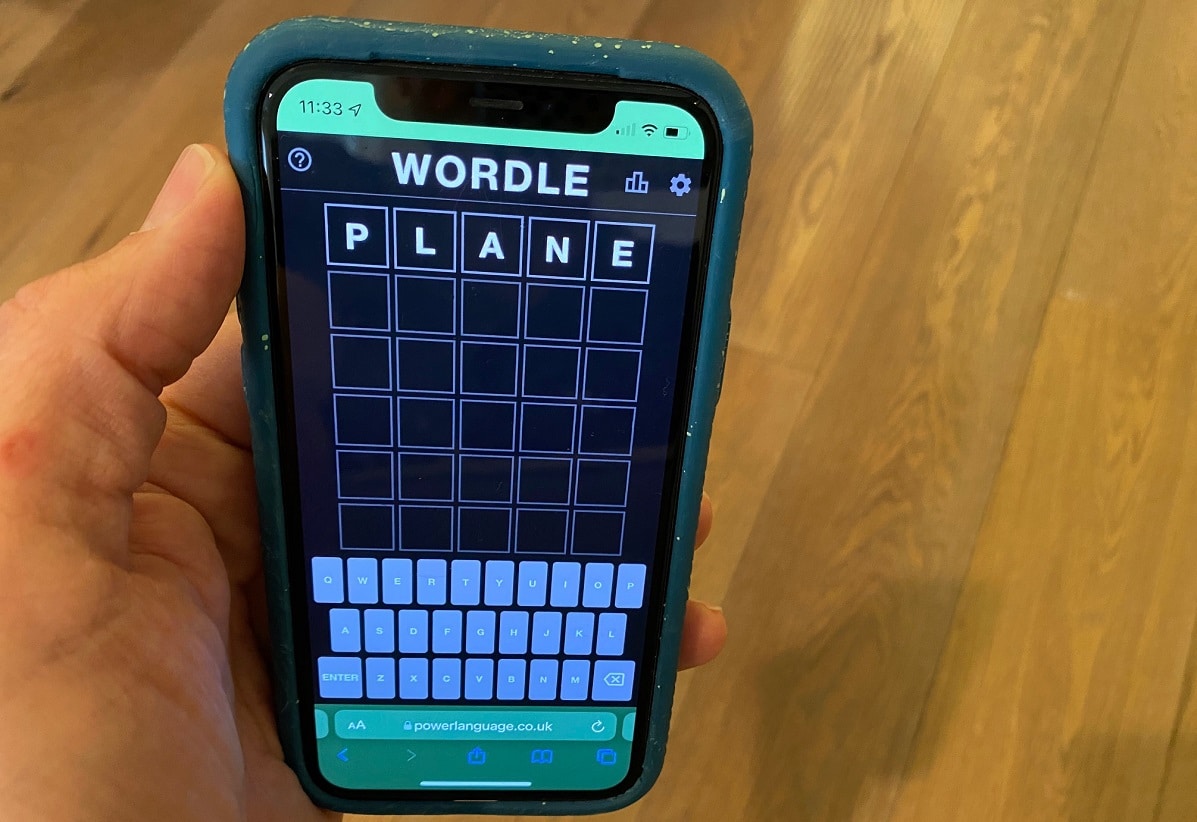 It’s a long weekend so I thought I would share a really fun game with you that’s taken social media by storm. The best part, besides the fact that it’s free, is that users can only play once a day on either their laptop, iPad or phone so it’s not a giant time suck.

If you’re on social media, especially Twitter, no doubt you’ve seen some weird puzzle images with numbers that make no sense along with the name Wordle. Well, two days ago, my wife says: “Have you played Wordle yet?” Me: “No, I know nothing about it except the annoying tweets I see my friends sharing.” She says: “Since you love Scrabble you should really check it out because I think you will like it and you can only play once a day.”

That was appealing to me since years ago, I had to delete Spider Solitaire off my computer after a couple of days because I became unproductive, as you can play as long as you like. When my wife realized I still wasn’t going to play, she said: “I challenge you to a game to see who can solve the word first.”

That’s basically like someone calling me chicken when I was in grade school. The game was on even though I don’t think it’s really meant to be played like a competitive sport. It’s really just to take a quick break and clear your head.

So here’s how you play Wordle straight from the creator’s website:
Guess the WORDLE in 6 tries.

Each guess must be a valid 5-letter word. Hit the enter button to submit.

After each guess, the color of the tiles will change to show how close your guess was to the word. See below for an example. 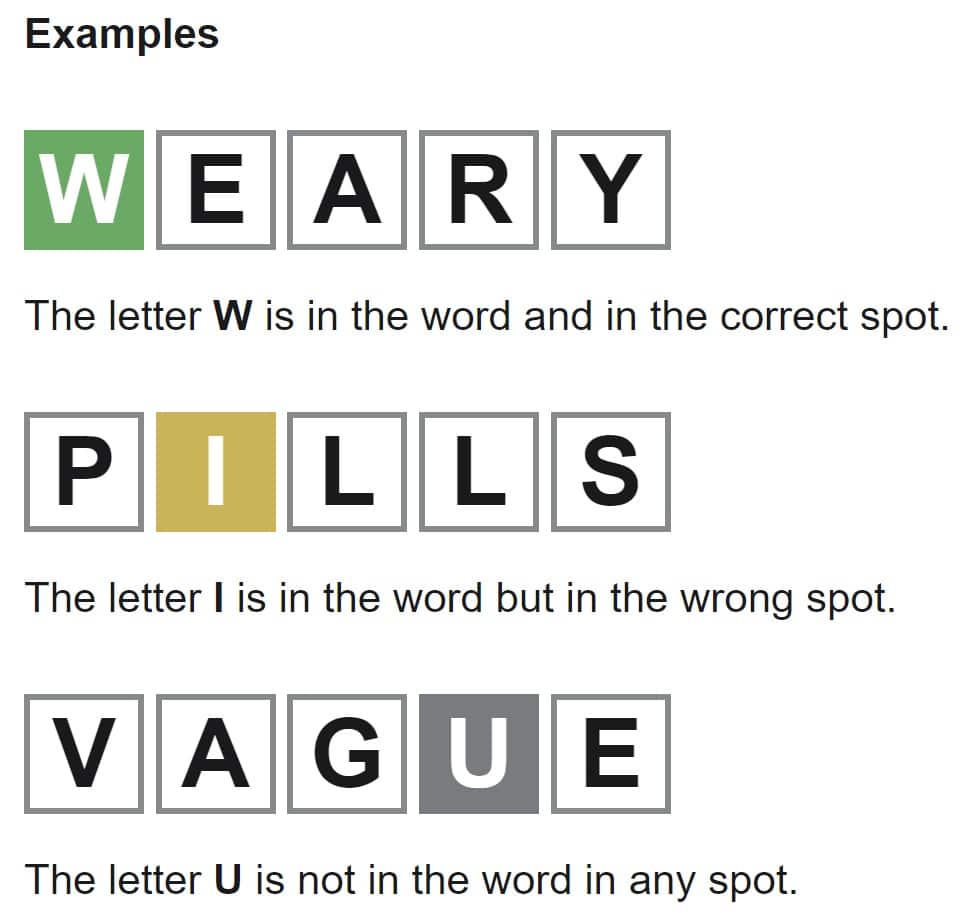 In case you’re wondering, Natalie seriously kicked my butt as she got the Wordle within 30 seconds on the third try, which has to be a record. To get it that quick, you have to be pretty lucky with the first random word that you choose. It took me about 30 minutes my first time but this morning, which was my third time playing, I got it within a few minutes and on my fourth try. Below is a screenshot of my path to today’s puzzle. 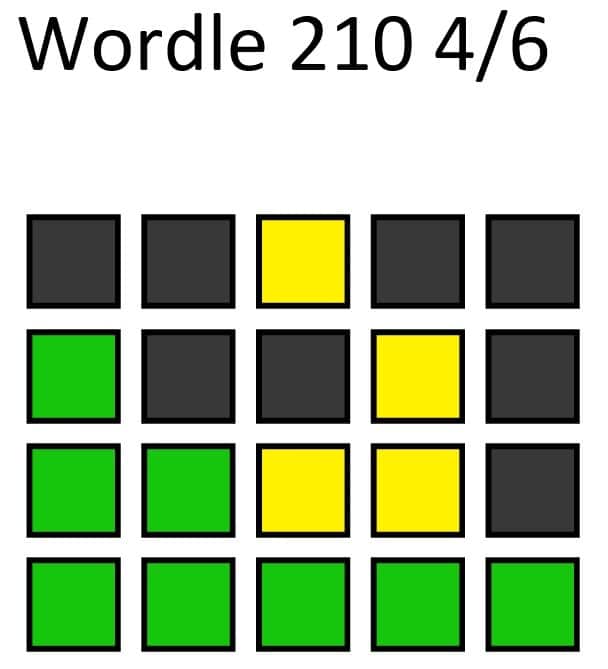 FYI: When I Googled Wordle, a UK website came up, which I thought was a mistake but it’s not. There’s no advertising on it or annoying popups like my dreadful site so I have no idea how the creator makes money from it. There’s also an app but it’s not from the developer of this game. I stumbled upon a cool thread from the owner of the app, which is worth the read.

So far, I’m three for three in puzzles but just in case you can’t solve it, don’t be discouraged. This article might make you feel better: Being Bad at Wordle Doesn’t Mean You’re Dumb. Here’s Why.