Last week Natalie, Baby Jack and I flew up to Seattle on Alaska Airlines (full disclosure: they gave us two first class tickets). Our LAX-SEA flight departed at 8am and it was the first time we traveled with carry-on only since Jack arrived. Before the little man was born, we flew 98% of the time without checking a bag – even on around-the-world trips. It was also the first time I’d flown Alaska Airlines in over a year and it reminded me how much I like them. Here are 10 reasons why I think they’re one of, if not the, best U.S. airline.

1. They have the best mileage program
Alaska Airlines is one of the last U.S. airlines where travelers will earn one mile for each mile flown, regardless of how much you paid for your ticket. The Alaska Airlines loyalty program has more than 15 global airline partners that serve 900 destinations around the world! It’s not a coincidence that Alaska Airlines’ Mileage Plan was ranked No. 1 in the Best Airline Rewards Programs by U.S. News.

2. The agents and flight attendants seem genuinely happy
Unlike what I’ve seen on American Airlines, the U.S. carrier I fly the most often, Alaska’s employees are noticeably friendly. I don’t know why (maybe because their uniforms aren’t toxic or maybe they have a better work environment). Conjecture, I know, but that’s how I felt dealing with everyone I encountered and my friends who fly them frequently say the same.

3. They bought Virgin America
Thanks to Alaska’s recent acquisition of Virgin America, they now fly to 100+ destinations. Alaska might have overpaid ($4 billion) but they now are becoming a major player, especially on the west coast. Sadly, they are going to get rid of the Virgin America brand by 2019 but they’ve promised to keep some of its personality, like the mood lighting. I hope they keep the in-flight entertainment systems, especially where passengers can order food and drink from their seat any time but I’m not holding my breath.

5. Baggage guarantee
Although I rarely check bags I was stoked and surprised to learn when the flight attendant made an announcement upon landing, that Alaska Airlines has a 20-minute baggage service guarantee that they’ve had in place since 2010. If your bags are not at baggage claim within 20 minutes of your plane’s arrival at the gate, they’ll offer you a $25 discount code for use on a future Alaska Airlines flight, or 2,500 Alaska Airlines Mileage Plan bonus miles. I like it when airlines put their money where their mouth is. The baggage guarantee kind of made me regret not checking a bag. It’s also probably one of the reasons why everyone on our packed 737 was able to find overhead bin space.

7. Print your own bag tag
One of the worst parts about checking a bag, besides waiting around for it at the carousel, is having to show up to the airport extra early to wait in line to have an agent put a bag tag on it. Instead, according to their website, when you’re traveling from an eligible airport, you can print luggage tags at home using self-tag online, or once you arrive at the airport at one of the self-tag kiosks. Then look for the designated baggage drop areas, and you’ll be quickly on your way. Baggage fees do apply but at least you don’t have to wait in a long line.

8. Pancake machine
The Alaska Airlines Board Room (club room for frequent fliers and certain credit card members) can enjoy their automated pancake machine during breakfast hours. It’s awesome! Though it makes two pancakes at a time and since I only wanted one I accidentally made four when I thought I was pressing a button to change the number of pancakes. I panicked and pressed it again and it made six. Luckily, there was a guy behind me who took the four for him and his wife. They were so good I ended up going back to get the one I had left behind.

9. Fun paint jobs
One of my favorite pastimes in an airport is plane spotting so I love the fact that Alaska Airlines has a good percentage of planes with fun designs. On our flight to Seattle, we were on their Spirit of Disneyland II plane, though I was a little disappointed that the inside didn’t carry that theme. When we landed in Seattle, I saw their Salmon plane and some of their regional jets painted and named after western schools.

10. Alaska Beyond Magazine
In January, I started writing a monthly column called “Savvy Traveler” for Alaska Airlines’ in-flight magazine, Alaska Beyond. You have to love an airline that has me in their onboard magazine.

Although I really like Alaska Airlines, I’m not ready to make the switch from American since they don’t fly to the places I fly to the most (LAX-JFK, LAX-YYZ, LAX-LHR, LAX-HNL…). I also think they need to do some serious upgrading of their first class seats. 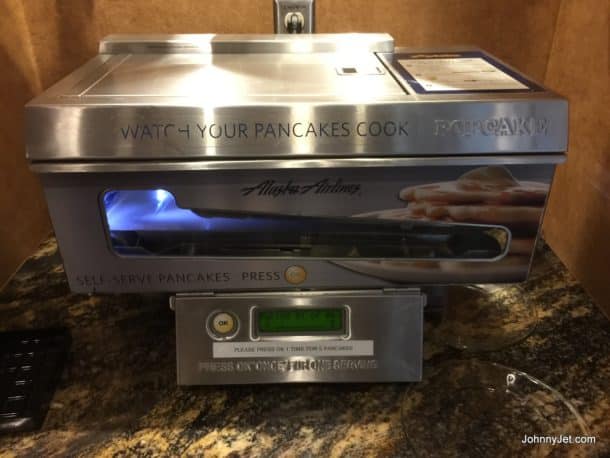 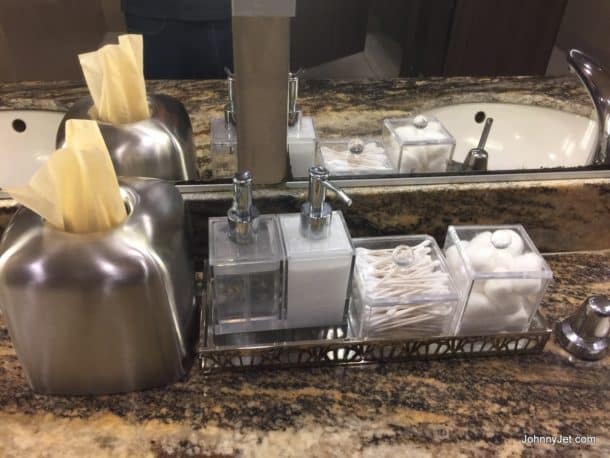 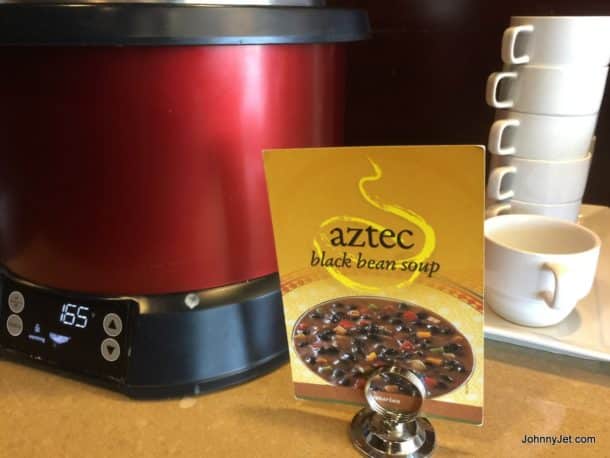 Soup of the Day in Alaska Airlines Lounge at SEA. Not the Best Choice, eh? 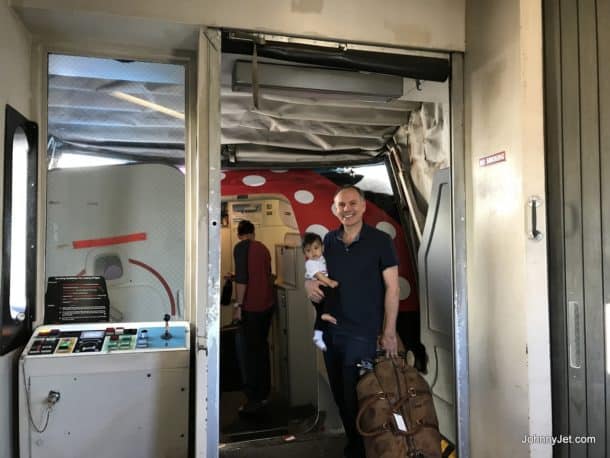 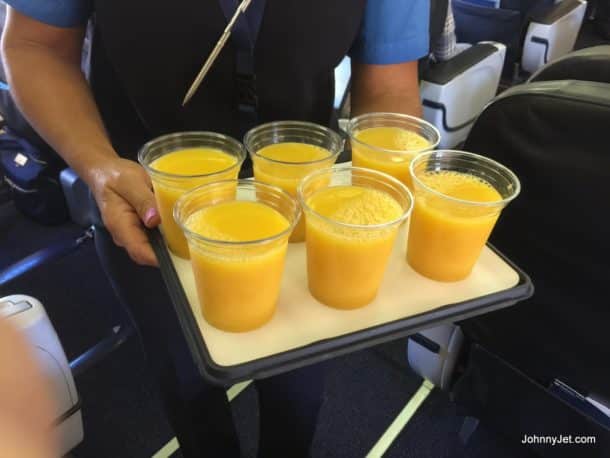 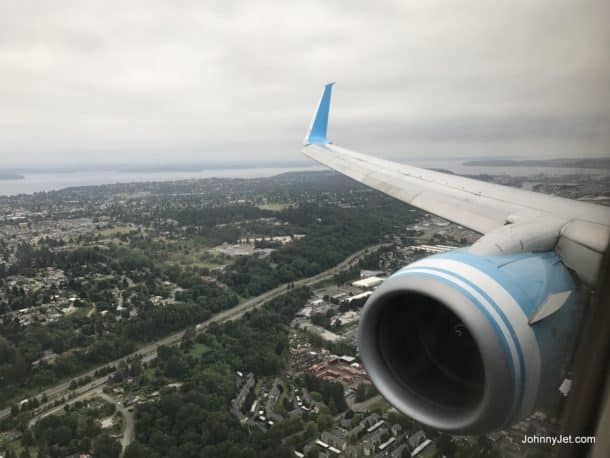 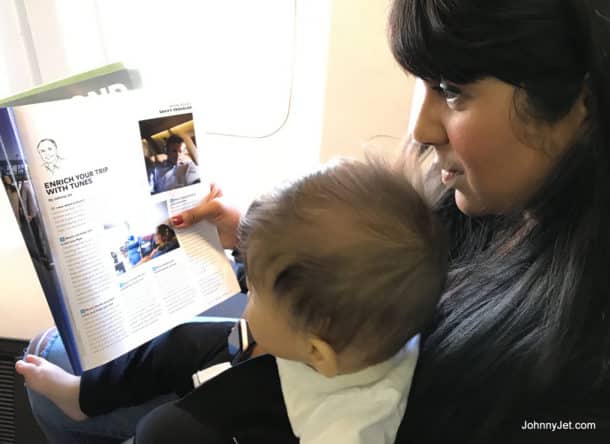 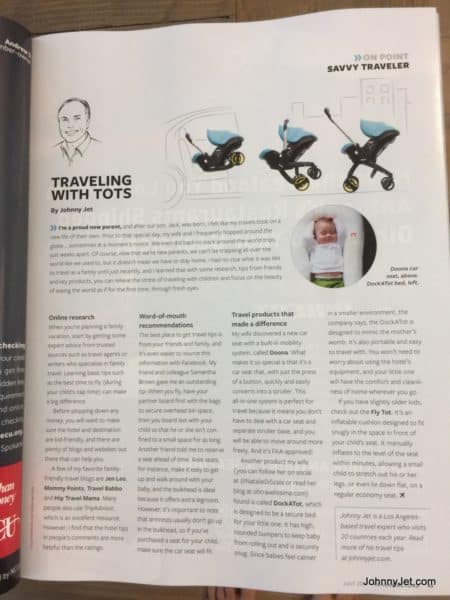 My Column in Alaska Airlines' Alaska Beyond Magazine