I’ve been lucky enough to visit Hawaii close to 20 times and I’ve flown all the major carriers to and from the mainland—including American, Delta, and United. When I flew American and Delta, I felt like I could have been going to New York; there was no difference whatsoever in the service or aircraft. United used to make their Hawaiian flights special by allowing their flight attendants to wear Hawaiian themed uniforms, made their own Mai-Tais, and served macadamia nuts and guava juice. The only thing that makes United’s Hawaii flight different from their mainland flights these days is that they play the Halfway to Hawaii game. It’s fun and the winner gets a guide book or champagne. But the pre-mixed Mai-Tais? Well, their own flight attendants warned me they weren’t very good.

When an executive from Hawaiian Airlines learned of my sentiments, I was invited to give their airline a chance and I quickly realized that they were leaps and bounds beyond their competitors. Here are 10 reasons to fly Hawaiian Airlines to Hawaii:

1. History/safety
Hawaiian Airlines has been around since January 30, 1929 when they began under the name Inter-Island Airways Ltd. The fleet was comprised of two eight-passenger Sikorsky S-38 amphibian planes. In 1941, they changed their name to Hawaiian Airlines and introduced the 24-passenger DC-3 into Hawaiian skies. In the 1960s, they began flying the McDonnell Douglas DC-9, which made travel time between the neighboring islands just a mere 20 to 30 minutes. During the following two decades they began daily flights to the west coast and scheduled service throughout the South Pacific. In 2001, they replaced their DC-9 fleet with 13 new Boeing 717-200 aircraft. In 2002 and 2003, they completely replaced their wide body DC-10 fleet with 14 Boeing 767-300ER aircraft. In 2010, they added their first long-range Airbus A330-200 aircraft and now have 15 total. Hawaiian Airlines plans to add 12 more by the end of the decade and they are slowly retiring the older 767s.

As a result, Hawaiian Airlines’ fleet (averaging about 10 years) is now among the youngest in the industry. Today, Hawaiian Airlines carries an average of 8 million customers a year and serves 20 domestic and international destinations in the Pacific region. In North America, it provides daily service to Hawaii from more cities than any other airline and they currently serve Las Vegas, Los Angeles, New York, Phoenix, Portland, Sacramento, San Diego, San Francisco, San Jose and Seattle. Check out more on Hawaiian Airlines’ history here.

The best part? Their flawless safety record rates them as one of the world’s safest airlines. According to Wikipedia, “Hawaiian has never had a fatal accident in its entire history, nor has it ever had an accident with a hull loss, and is the oldest US carrier with such a distinction in both fields.”

2. On-time record
Everyone I know loves an airline that’s on time and Hawaiian Airlines just lead all U.S. carriers in punctuality for the 10th consecutive year as reported today by the U.S. Department of Transportation. Hawaiian Airlines averaged a 93.3 percent on-time performance ranking for the full year of 2013, earning the top ranking in 11 of the 12 months and exceeding the industry average for the year by 15 percentage points.

3. Their paint job
It may sound silly but just seeing Hawaiian Airlines’ planes, with their deep purple lettering and the Hawaiian native woman, known as “Pualani” (Hawaiian for “Flower in the sky”), on the tail makes me feel all warm and fuzzy inside. FYI: Some say she is also a former Miss Hawaii!

4. Colorful, peaceful interiors
I love the planes’ colorful interiors. There’s no advertising in your face and the flight attendants don’t wake you up to make a credit card pitch like Delta Air Lines. However, they do show a video of their new credit card, which is actually a good value for those that travel to Hawaii at least once a year and can pay their credit card balances off in full.

5. Friendly flight attendants and Hawaiian uniforms
The flight attendants are not only extremely friendly and happy (Can you blame them? Most live in paradise!) but they all wear colorful, traditional island clothing. The men wear Aloha shirts while the women wear what you see in the photo above. This definitely helps to put travelers in the mood to visit Hawaii!

6. They play soft music during boarding
When you board the plane you will no doubt feel soothed by the soft Hawaiian music playing over the PA during boarding. It’s just another touch that helps to create a mood that puts travelers in good spirits and elevates excitement to visit Hawaii.

7. They serve exotic juices & Kona Coffee
One thing that really bummed me out the last time I flew United was that they had discontinued their service of tropical juices like guava. Not Hawaiian Airlines! In fact, you can even get POG (Passion Orange Guava). Tropical and delicious! Coffee lovers love flying Hawaii because they serve real Kona coffee!

8. Free island-inspired meals and wine
Can you remember the last time everyone on the plane received a free meal in economy on a U.S. airline? Before flying Hawaiian, I think it was Continental about four years ago (they did have some tasty cheeseburgers). Well, the good news is that Hawaiian still serves free food in coach and to boot, they even offer a free glass of wine during the meal service to those 21 and older. I was fortunate to taste multiple meals in their First Class cabin and I must say that food was some of the tastiest I’ve ever encountered in the air.

9. Entertainment systems
On Hawaiian’s Airbus A330 aircrafts they offer state-of-the-art interactive entertainment systems at every seat with a variety of audio and video options available. For movies on demand they charge $7.99 per film, or you can pay $6.99 for unlimited viewing of classic movies, current hit TV shows, a variety of musical genres, games, and music videos. Unless you bring your iPad for your kid you will probably want to get the Keiki Pack which costs $4.99 for unlimited access to specially selected movies (like Rugrats and Hannah Montana), TV shows, albums, and games. It’s free in First Class.

10. Free stopovers
If you are heading to Australia, New Zealand or Asia on Hawaiian, they offer free stopovers coming and going. It’s a fantastic way to break up the long trip and avoid doing one of those ultra-long nonstop flights (14 hours).

As you can see, I’m a big fan of Hawaiian Airlines and I can’t imagine anyone feeling the same since they make the experience so pleasurable—from the friendly flight attendants to the free food. The only people I can see not loving Hawaiian Airlines are those that absolutely require their First Class seats to fully recline. Overall, two thumbs up! 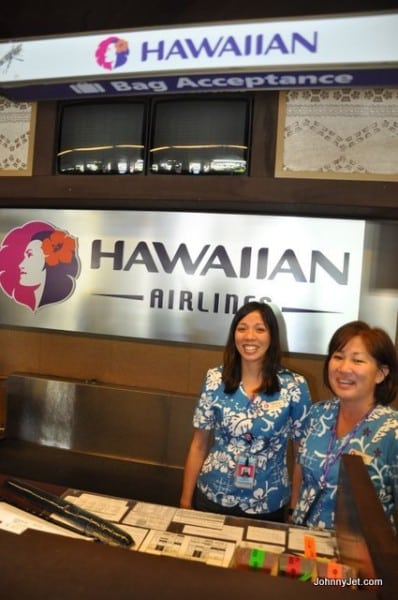 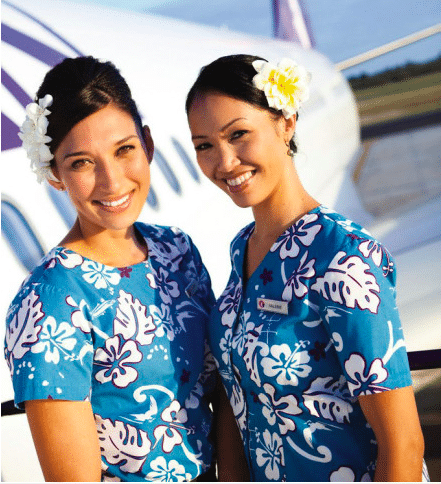 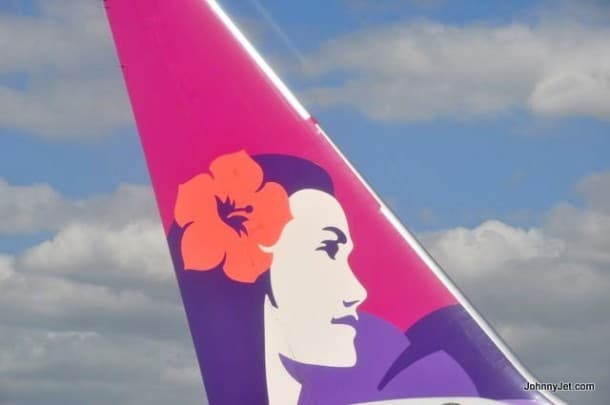 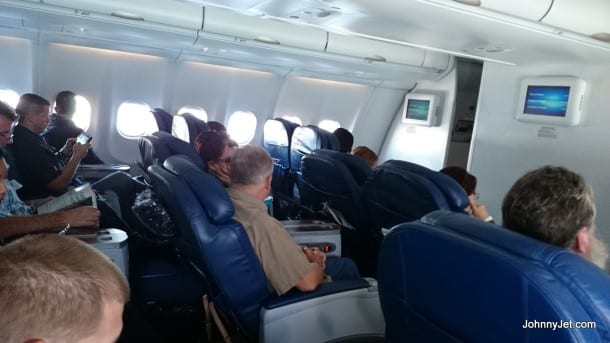 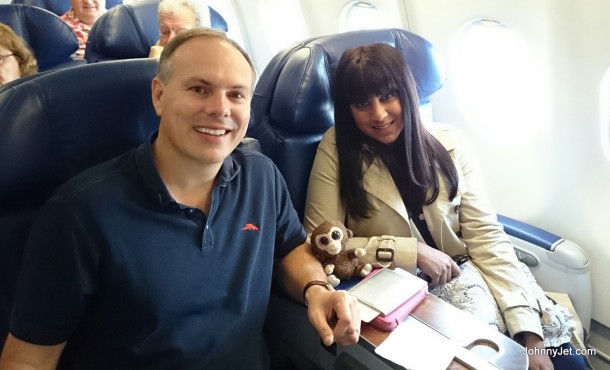 These credit cards have helped us travel in style. 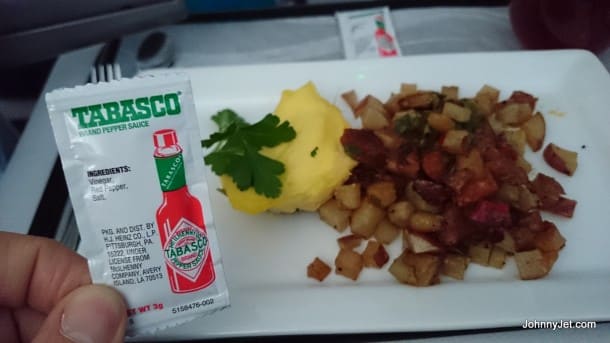 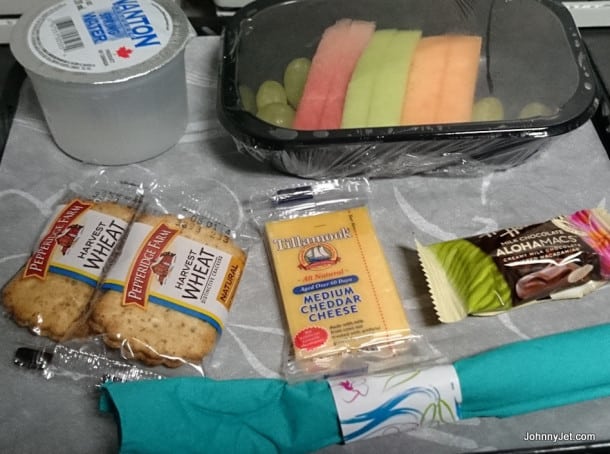 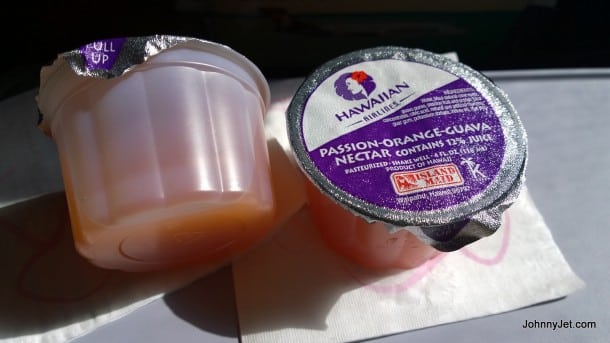 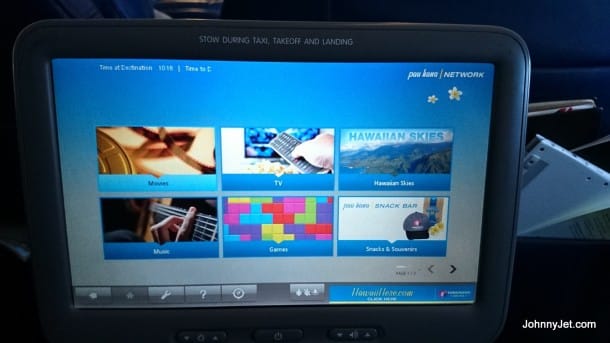 52 Comments On "10 Reasons to Fly Hawaiian Airlines to Hawaii"