10 Things Americans Should Know About Traveling to Alberta, Canada 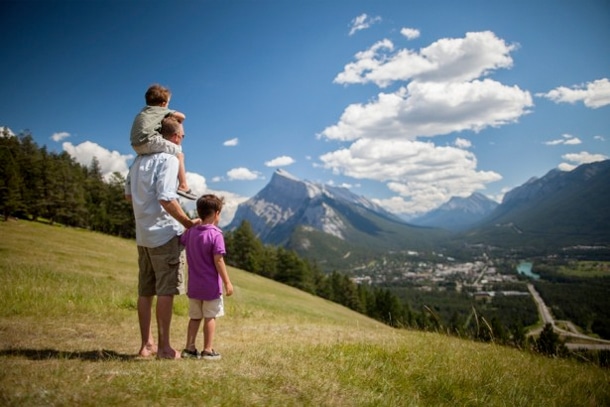 Considering how close Canada is to the United States, it’s no surprise that the provinces of our northern neighbor are popular destinations for many Americans. And if you’re looking for a getaway that offers breathtaking views, luxurious accommodations and an endless variety of outdoor activities, the answer is Alberta.

Alberta, just north of Montana and just east of British Columbia, is a playground especially for outdoorsy types. Home to the majestic Canadian Rocky Mountains, Alberta is a province, not a state, and is the fourth largest province in Canada. It’s home to some of the country’s most beautiful landscapes and is the perfect spot for hiking, biking, fishing, skiing, snowboarding and so much more! But even with so much to do, you can squeeze a lot even into a tight time frame. With just a long weekend or even four to five days, visitors to Alberta can experience so much of what the province has to offer – from the Rocky Mountains to the Badlands of Canada’s ‘Wild West’.

TIP: For more ideas about where to go and what to see in Alberta, follow @TravelAlberta on Twitter!

While the United States shares much in common with Canada, there are a few things you should know first. Here are the top 10 things Americans should know about traveling to Canada in general and to Alberta in particular.

1. You’ll need a passport or passport card
If you’re traveling to Canada by air, you’ll need a valid passport. But to enter the country at a land border crossing (there are six land border crossings from Montana to Alberta; read on for more information) or a sea port of entry, you can use a U.S. Passport Card, which is less expensive than a passport. Find more information here.

4. Weapons are strictly controlled
No surprise but like most countries, weapons are strictly controlled in Canada. Visitors who are bringing firearms into Canada (or who are planning to borrow and use firearms while in the country) must declare the firearms using a Non-Resident Firearm Declaration Form. Certain knives, which may be commonly used for hunting and fishing, may also be considered prohibited weapons according to Canadian law, so do your research first. Canadian officials will seize firearms and weapons that are not declared at the border. Seized items will not be returned.

5. U.S. driver’s licenses are valid in Canada
If you’re planning on driving in Canada (there are lots of great road trips to take in Alberta and you can easily drive to Alberta from Montana), then you’ll be happy to know that your U.S. driver’s license is valid and that driving in Canada is very much like driving in the U.S. with a few minor differences. The most noteworthy is that distances and speeds are measured in metric units. For instance: 100 kilometers equals 62 miles. You’ll also notice that many road signs are posted in both English and French, Canada’s two official languages. You’ll have to show your auto insurance if you’re pulled over but U.S. auto insurance is accepted if you’re a tourist in Canada.

The crossing at Coutts is the only border that is open 24 hours a day year-round so be sure the check the operating hours of each crossing before heading out on your journey!

7. There are two main airports to choose from
Traveling to Alberta? If you opt to fly, your two main airports are Calgary (YYC) and Edmonton (YEG). Calgary International Airport is about 12.5 miles northeast of Calgary and Edmonton International Airport is about 17 miles from Edmonton. And getting there takes less time than you might think. Flight time from Edmonton or Calgary to Los Angeles is about three hours and about five hours to New York.

8. You can enjoy duty free exemptions
Americans traveling to Canada and returning home to the United States can take as much as they like back with them across the border, but only a portion of that will be considered exempt from taxes and duties. But if you shop within the parameters of your customs allowance, you can enjoy the benefit of the exemptions. Between 24 and 48 hours, travelers have a customs allowance of $200 USD per person. After 48 hours, this jumps to $800 USD per person. This is a monthly exemption and family members can combine their $800 per person monthly import privileges.

9. There’s a lot to see in Alberta
As a vacation destination, Alberta offers something for every type of traveler. But the spectacular landscape of the province is definitely one of the biggest draws. From skiing in the Rocky Mountains or fishing in one of the many incredible lakes to indulging in the luxurious accommodations you’ll find in Banff and Jasper, Alberta is truly a destination that has it all. Oh, and let’s not forget about Calgary Stampede (July 3-14, 2014), the ultimate, world-renowned summer event, which, back in 2011, brought Prince William and the now Duchess of Cambridge to join in on the fun!
Follow Travel Alberta on Facebook for more inspiration.

10. You should take a train to Alberta
One of the best ways to see the Canadian Rocky Mountains is by train. With the picturesque landscape, from the high mountain passes, blue-green glacier fed lakes and towering mountains, what better way to enjoy all the beauty that surrounds you than sitting back and gazing out at it from a train? There are two rail companies with several itineraries to choose from traveling in Western Canada or even across Canada including the luxurious Rocky Mountaineer and VIA Rail. Get more inspiration for train travel in Alberta here.

4 Comments On "10 Things Americans Should Know About Traveling to Alberta, Canada"