October was Virginia Wine Month! If I haven’t professed my love for Virginia enough with my last post on Norfolk and its rich and diverse downtown, let me continue with my top three picks for up-and-coming wineries in Virginia.

I had the great pleasure of attending the 27th Annual Town Point Virginia Wine Festival in Norfolk on October 18. Let me tell you, it was a real Virginia treat. If you aren’t familiar with the Town Point Virginia Wine Festival, it’s one of the state’s largest outdoor wine festivals and it features more than 30 Virginia wineries. That’s roughly a sampling of over 200 of Virginia’s wine varieties. Not that I had that many samples.

Attendees could reserve tables and private chalets, as well as purchase individual sampling tickets, general admission tickets and even park-side boater packages. I hung out in the chalet for a while sampling hors d’oeuvres of baked mussels, clams and lobster rolls. There were all kinds of cheeses, meats and salads, like the Pinot Noir-poached pear salad and a shrimp skewer salad. Our chalet even had its own sommelier that picked some nice wines for us!

The festival had live music and crafts as well as, of course, many wine samplings to keep us busy. I enjoyed hearing the history of each of the vineyards. In some cases, the owner was present to tell the story. In any case, I met some great people and sampled some amazing VA wine.

Here are my top three picks from the Town Point Virginia Wine Festival:

1. AmRhein’s Wine Cellars (Bent Mountain, VA)
At AmRhein’s booth, volunteers poured wine wearing cute hats that they’d made the night before the festival while sampling their wines (that sounded like a fun job). Each year at the festival AmRhein’s auctions their hats off for charity. How creative! Guess what? Their wines were tasty too!

Located between Roanoke and Blacksburg, this winery is a Virginia family-owned and -operated, estate-grown winery specializing in wines with a German influence. The vineyards were planted in 1995, with first bottling occurring in 2000. They now have three vineyards (Bent Mountain, Franklin County and Botetourt) with 40 acres yielding 20 varieties of grapes. They have over 15 wines in classic styles of both reds and whites and in their own exclusive blends.

2. Cardinal Point Vineyard & Winery (Afton, VA)
Cardinal Point lies in the foothills of the Blue Ridge, near Afton Mountain. While living in Germany on the banks of the Nahe River, Paul and Ruth Gorman discovered a passion for the Riesling wines that were crafted in the little vineyards surrounding the town. They decided one day when they retired to have a vineyard of their own. And the dream came true in 1985. Now their youngest son, Tim, is the winemaker and the whole family is still involved in the business.

3. The Dog & Oyster Vineyard (Irvington, VA)
The name Dog & Oyster Vineyard was created to honor the vineyard rescue dogs that save the grapes from deer and other animals and to honor one of the Chesapeake Bay region’s tastiest assets, the oyster. Yes, the vineyard has oyster and wine tastings too! Dog & Oyster consists of more than six acres of Vinifera and French American Hybrid vines, and there are four varieties of grapes. The two whites are Vidal Blanc and Chardonel. The two reds are Merlot and Chambourcin.

Wines picked by our chalet’s sommelier (theses vineyards were not at the festival):

All photos courtesy of Caitlin Martin. 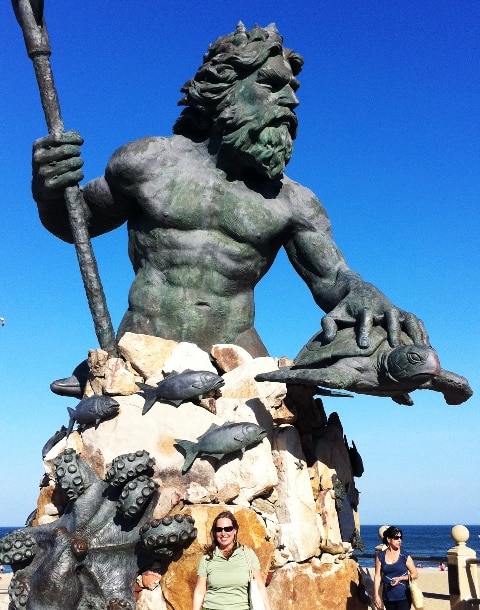 I had never been to Virginia Beach, but the name itself has always sounded appealing to me. I pictured a vast beach on the Atlantic bordered by hotels. And although… 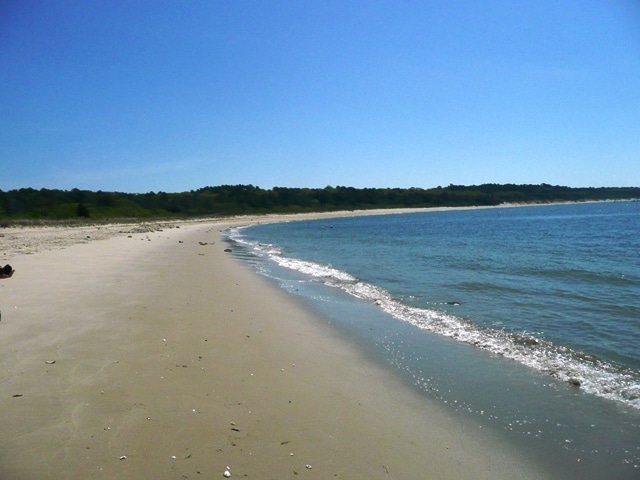 After several exciting days in Virginia Beach, I ventured over the 17-mile Chesapeake Bridge/Tunnel to the rural, coastal Eastern Shore, which sits between the Atlantic Ocean and The Chesapeake Bay…. 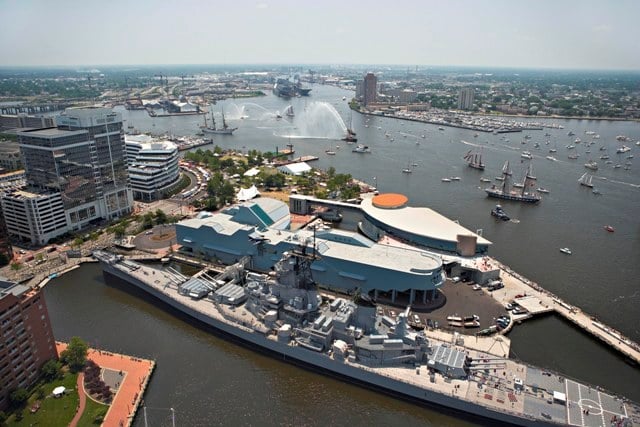 Veteran’s Day is November 11th, and Norfolk, Virginia, home of the largest military base not just in the country, but the world, is showing their support and gratitude for servicemen…