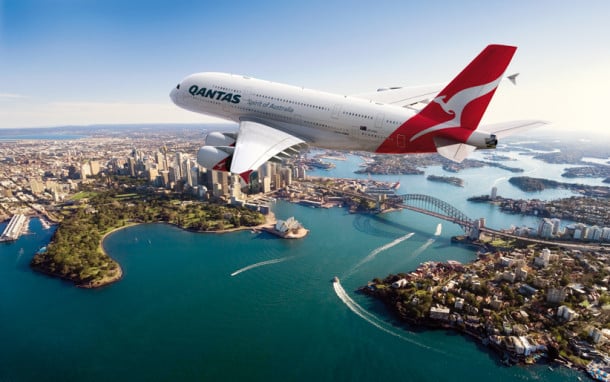 If you ask any of my friends which airline gets me the most excited when we go plane-spotting near LAX (psst, In-N-Out Burger has the best views), they would no doubt say Qantas Airways. I think it’s a combination of several things that make this true: 1) Qantas has wide-body aircrafts (747 & A380); 2) Their planes have a cool-looking kangaroo on the tail; 3) I love Australia and have had an obsession with it ever since the movie Crocodile Dundee; and 4) The fact you know all but one (LAX-JFK) of their flights is a long-haul flight all the way across the Pacific Ocean.

But you know what’s more exciting than watching one of Qantas’ planes? That’s right—flying on them and here are five reasons why:

1. Safety record
I think most of the world learned that Qantas has the best safety record of any airline from the 1988 movie Rain Man, when Ray (played by Dustin Hoffman) tells Charlie (Tom Cruise) that Qantas has never had a fatal crash. That still holds true today (16 years later) as they recently topped the list of AirlineRatings.com’s top 10 safest airlines of 2013 among the 448 that the safety and product rating website monitors.

I got to experience a bit of their extreme cautiousness on my trip last month when our A380 plane from Sydney to Los Angeles was all set for takeoff. Just after the pilot began to roll down the runway to takeoff, though, he aborted. Shortly after, the captain got on the PA and explained that he’d felt the front wheel slide in the rain and just wanted to double-check that everything was A-okay. It took an extra thirty minutes to depart since we had to get back in the queue, but as the off-duty Qantas flight attendant sitting next to me said, “as annoying as it can be [to be delayed] it’s why Qantas has the best safety record.”

2. They are punctual
My flight being the exception, Qantas just had the best monthly result for on-time flight arrivals and departures for any major airline in more than a decade. The February report from the Australia Bureau of Infrastructure, Transport and Regional Economics showed Qantas scored a record 92.5% in on-time departures and a 91.7% in on-time arrivals. 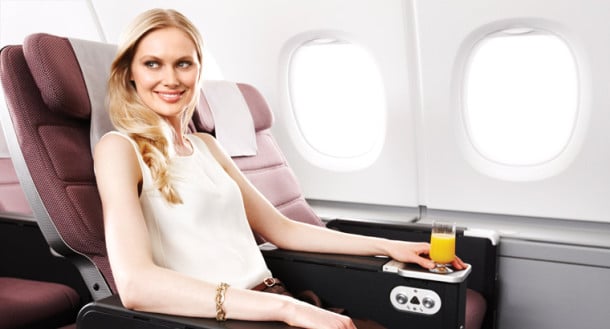 3. Comfortable seats
In Economy Class and Premium Economy, they have Marc Newson-designed slimline seats that are ergonomically equipped to offer greater comfort, with features like a nine inch recline, lumbar support and adjustable headrest wings. Their Premium Economy seats even have a fold-out footrest integrated into the seat, giving legs extra support (which is key on long-haul flights).

4. Best wines in the sky
I’m not a wine drinker so I really don’t care about this, but I know plenty of flyers do—including some of my good Aussie friends who boast that Qantas is always one of the top airlines when it comes to wine. In fact, it recently won five of 13 accolades at the annual Cellars in the Sky Awards in London, marking the fifth consecutive year that the airline that has won more awards than any other. This year they were voted the Best Overall Wine Cellar, Best First Class Cellar and Best Business Class Cellar. 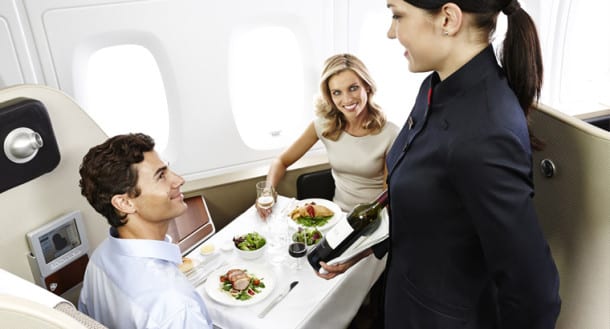 5. They have a sommelier onboard
As you could tell from reason number four, Qantas Airways takes their wines seriously—so much so that over 300 wines have been carefully selected for offering by a panel of wine industry judges and respected winemakers, including Vanya Cullen (Cullen Wines), Tom Carson (Yabby Lake) and Stephen Pannell (S.C. Pannell). In fact, they’ve introduced a Sommeliers in the Sky program just to ensure passengers are guided correctly through their extensive wine list. Flight attendants have to complete a rigorous training course to ensure they achieve the same set of skills as an experienced restaurant sommelier, and are identified by a silver pin shaped like a silhouette of grapes on his/her lapel.

Now doesn’t all of the above sound good? So next time you go plane-spotting and see the red-painted tail with the white kangaroo on one of Qantas’ 34 non-stop flights from Los Angeles (to Sydney, Melbourne and Brisbane), daily flights from Dallas/Fort Worth to Brisbane/Sydney, daily services from JFK via Los Angeles and three services per week from Honolulu to Sydney, then you can even be more excited for the passengers onboard. But hopefully, you’ll get to experience Qantas for yourself!