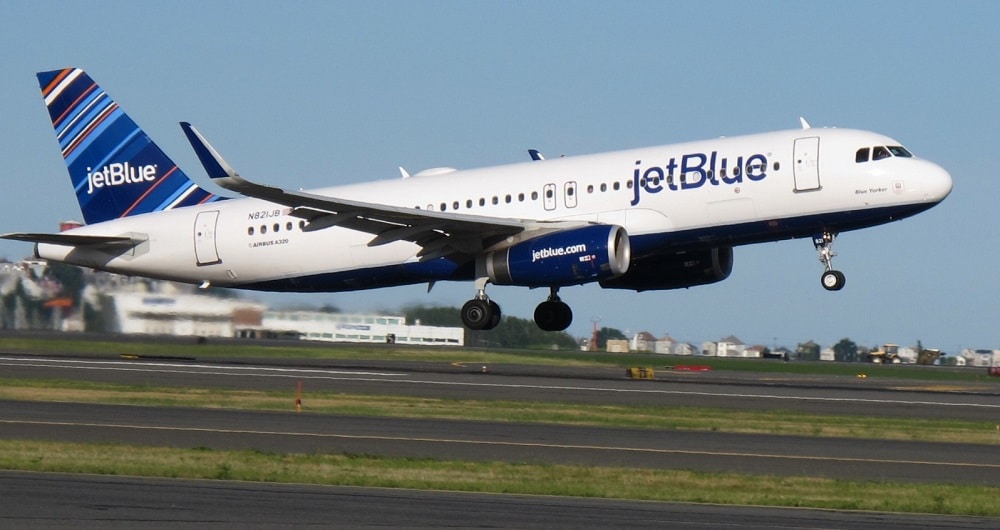 On Friday, I wrote a post asking: Is JetBlue Playing an April Fools’ Joke or is This a Glitch? I followed up with a post yesterday when I saw multiple U.S. airlines had tons of delays and cancelations and for different reasons. Well, if you thought yesterday was bad, wait until you look at the numbers today.

First of all, Sundays are the busiest day of the week to travel and thanks to COVID-19 restrictions easing, cases going down and Spring Break, people are really getting out there. The airlines are obviously not prepared for this huge surge of travelers.

Yesterday’s (Saturday, April 2) TSA checkpoint numbers show TSA officers screened 1,913,117 people at airport checkpoints nationwide. Three years ago on the same day (pre-pandemic), that number was 2,011,715. That shows the travel industry is almost back to normal and that’s without business travel and a lot of foreign travelers (China is still on lockdown).

According to FlightAware.com, which tracks flights, so far today (8:45am PT), the total cancellations within, into, or out of the United States today is 1,301. Delays are even higher and you can expect both these numbers to grow.

TIP: The first flight of the day is least likely to be delayed or cancelled.

Leading the way is Southwest Airlines with 396 canceled flights and 516 delayed. Southwest has publicly issued an apology for their operational issues, which they blame on a tech upgrade and weather in Florida.

JetBlue is next with 272 canceled and 212 delayed. In a close third is American Airlines with 213 canceled and 108 delayed, followed by Spirit with 188 and 83 respectively. These three airlines have a strong presence in Florida, which has had thunderstorms, which in turn throws a wrench into every airline’s operations. But what we’ve seen from JetBlue is way more than weather. It’s staffing issues.

You can’t even get a hold of them and they’re losing customers left and right. One of them is my sister who has now seen her flight delayed, canceled, put on different flights to nearby airports instead of the one she paid more for to be closer to her house, and she can’t even get through to change it. Not to mention, she spent five hours in the airport and wasn’t given a hotel or taxi voucher. However, JetBlue did send her a $50 travel credit, which is less than what her Uber cost.

My sister wasn’t alone as I’ve had tons of emails and comments on my website and on Facebook with similar experiences.

Tara writes: JetBlue canceled our DCA-RSW flight April 2, rebooked us on an April 3 flight, and now that’s canceled, too. Other airlines are flying; it’s not weather.  This is how you lose customers.

Alice writes: Same experience with Jet Blue. Just canceled our flight at 4:15pm today to Westchester. with no reason. Hold time of 298 minutes if you want to speak to a rep. Can’t rebook online. I think we are done with JetBlue.

Amparo writes: Yesterday 4/2/22, my 17-year old nephew arrived to Miami FL (from Lima-Peru) at 1:30pm. His connection flight was at 3:30pm to St. Louis, MO… that flight was first delayed, then cancelled. Then American gave him another flight which was also cancelled and finally he had to wait in line for 5 hours to receive a STAND BY boarding pass! …and they told him they didn’t know if he was going to fly Sunday or Monday or even Tuesday!

David S sent me a tweet asking: @JohnnyJet What is going on with Southwest flights out of Miami, FL? Friends can’t leave today. They have been told of weather and technical problems for the next 2 days??

If you’re traveling today or tomorrow to or from Florida, then you better be ready for a possible long day at the airport. Here’s a detailed post on what you should do if your flight is delayed or canceled but my recommendation is to not check a bag since if there’s lightning, baggage handlers can’t go outside to get the bags, which is one of the reasons my sister might have waited three hours to get hers back (though they’re also short staffed.)

Today’s weather may cause flights/baggage delivery delays throughout the day. ⛈️ Please make sure to check with your airline directly for any updates in regards to their ops. For general airport delays across the US, visit: https://t.co/JKuNBVb9Fl https://t.co/LLkJMV9AtY

My best advice, no matter what you do, don’t take out your problems with the airline crew or airport staff. Here’s a tweet from my friend Mimi, who’s a flight attendant:

And here’s a comment from Carlos S. left on my Facebook account; he works in the industry:
I work in the airline industry. And I wish we could do more. 99% of the time it is not our fault. Employees are battling their own employers for better wages and or benefits. You guys need to understand that we want everyone to get to their destination, we really do. But we, as in most airlines, were not ready for the end of the pandemic. We are seeing HIGHER numbers than EVER before. Even before the pandemic. No airlines were prepared for this. Employees are overworked tired. I myself am working 32 hours in 2 days. We are trying. And hope everyone understands that we apologize in way advance. But we are trying and our hardest. Sincerely, A tired customer service agent!

Rob W. replied to Carlos with a dubious prediction: “We have no staffing. And it won’t be rectified this year.”