All Major U.S. Airlines Have Now Made Masks Optional 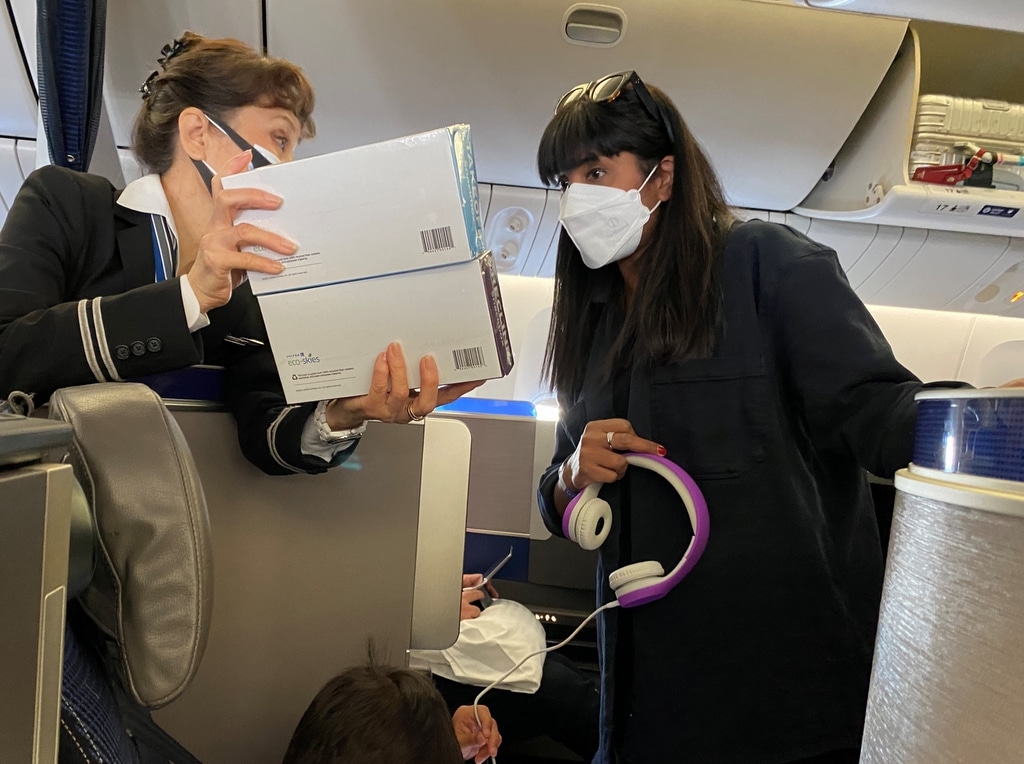 Earlier today, a federal judge in Florida ruled that the federal mask mandate on public transportation including planes, trains and buses is “unlawful.” News and misinformation are spreading faster than  wildfire.

After researching diligently for hours, I was seconds away from doing a national television spot on News Nation when news broke that the TSA will no longer enforce the mask mandate.

Per White House reporter Kaitlin Collins: “An administration official says agencies are still reviewing Florida judge’s decision but “in the meantime, today’s court decision means CDC’s public transportation masking order is not in effect at this time.” TSA is NO LONGER enforcing the mask mandate.”

That’s great but I don’t think the general public realizes that the TSA doesn’t control airports. They enforce security. Mask policies are still in place until airport authorities and airlines say they’re not. Which it looks like they’re about to start doing.

The first of what I suspect will be many, if not all U.S. airlines, is Alaska Airlines, which just tweeted this: “BREAKING: Face masks are officially optional in airports and onboard all Alaska Airlines and Horizon Air flights, effective immediately. Full statement.

A few minutes later, I received an email from United Airlines PR department stating: “Effective immediately, masks are no longer required at United on domestic flights, select international flights (dependent upon the arrival country’s mask requirements) or at U.S. airports. While this means that our employees are no longer required to wear a mask – and no longer have to enforce a mask requirement for most of the flying public – they will be able to wear masks if they choose to do so, as the CDC continues to strongly recommend wearing a mask on public transit. We will continue to closely monitor the situation in the event of changes.”

Masks are no longer required on domestic flights, select international flights (dependent upon the arrival country’s requirements) or at U.S. airports. More comfortable keeping yours on? Go right ahead… the choice is yours (you look dino-mite either way)! pic.twitter.com/hwq678v55d

I’m sure American, Delta or Southwest will be next with a similar announcement.

UPDATE: Delta Air Lines just made their announcement just as my sister was boarding her plane. News travels quickly and she caught the flight attendant’s announcement. Video.

Read the guidance @Delta shared with employees regarding the White House announcement on the federal mask mandate: https://t.co/vWNjlT2Vgs

Face masks will no longer be required for our customers and team members at U.S. airports and on domestic flights (though there may be some exceptions based on local or country requirements). https://t.co/GT1lZq5TAf

UPDATE 3: Southwest Airlines just made it official too.

In line with Monday’s federal court ruling and the TSA’s guidance, mask wearing will now be optional on JetBlue within the U.S. While no longer required, customers and crewmembers may continue wearing masks in our terminals and on board our aircraft. More: https://t.co/QmyTfePZMo pic.twitter.com/ZtKngrHQrN

Jen Psaki, White House press secretary, said the federal judge voiding U.S. mask mandate for airplanes and travel is “a disappointing decision” and notes that the DOJ will decide whether to pursue litigation. She went on to say: “The CDC continues recommending wearing a mask in public transit.” Source: ABC News

No matter what the airline policies are, I’m still going to wear a mask when I feel the need and I think many others will, too. One silver lining of the pandemic is that airlines got rid of those ridiculous and expensive change fees, which pretty much forced people to fly sick. With change fees a thing of the past, it’s much easier to reschedule your flight if you’re sick. Another upside is that masks have become normalized, unlike pre-pandemic days when I used to wear a mask because I wasn’t feeling well or if I noticed my seatmate was sick, and I would get strange looks. Those days are hopefully over.

Unfortunately, one rule I hope the Biden administration gets rid of is the testing requirement for those traveling into the US. According to a source, they have no plans to drop it, which is a shame.

So, will you continue to wear a mask after the airlines make them optional?

5 Comments On "All Major U.S. Airlines Have Now Made Masks Optional"