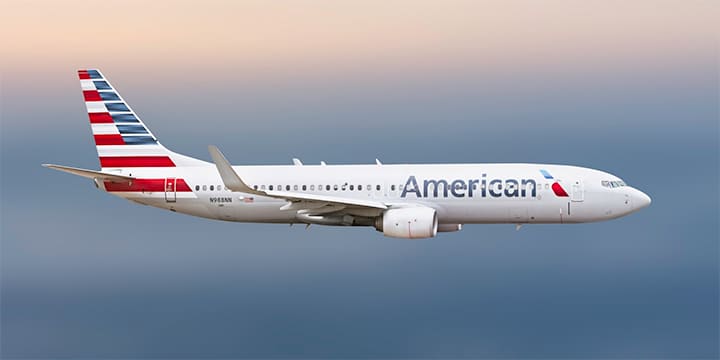 It’s happened again but this time on American Airlines (AA). A single mother from New Hampshire was kicked off an AA flight after her toddler refused to wear a mask.

According to the Union Leader, “Rachel Starr Davis said she was in tears as she tried to get her son Lyon to wear a mask while the airline staff threatened to remove her from her flight to Manchester from Charlotte, North Carolina last week. She said airline staff and the captain had passengers get off the plane and then re-board without Davis, her son and her mother April when Lyon would not wear the mask.”

Davis, 34, wrote in an Instagram post that she “tried repeatedly, begged him, bribed him, pleaded with him, did everything I could while he was screaming and crying as I tried to hold him and put the mask on, feeling my absolute lowest of lows as a mother.”

This is how she described the situation:   “Before I even sat in my seat, flight attendant Terry on American Airlines flight 5595 from Charlotte, NC to Manchester, NH on September 17th, approached me and asked how old my son is, and demanded according to their policy he wear a mask. I told her this is our fourth American Airlines flight this week, and he has never been asked to wear a mask. She informed me he (my overtired two year old son) would need to comply with their company policy or we would be asked to leave the aircraft. As I tried to put down my things and get a mask out, I heard Terry on the phone saying ‘yea it’s clear there is going to be a problem and we will need you to come down’. The nastiest smug look on her face.”

You can read the whole post here but the gist of it is that they were put on another American Airlines flight four hours later and made it home.

RELATED: 7 Face Masks for Kids
I don’t know all the details of their trip but this was obviously the last leg of it, so she was fortunate this didn’t happen in the middle of her trip. I do know that it’s not easy to travel with kids and getting very small children to wear a mask can be a challenge, so I sympathize with her. But there is a global pandemic going on and because of that, the government recommends only essential travel. Sadly, the CDC’s reputation has taken a huge hit so not everyone takes them seriously like they used to. But the CDC website does say, “Travel increases your chance of getting and spreading COVID-19. Staying home is the best way to protect yourself and others from COVID-19.”

All major U.S. airlines require any child age 2 and over to wear a mask in order to fly and American Airlines clearly states their mask policy on their website. Here’s what they say:

Allowed:
A well-secured cloth or mask that fits snugly against the face and covers an individual’s nose and mouth. It must be made of a material that prevents the discharge and release of respiratory droplets from a person’s nose or mouth. (More information here.)

While the policy above seems pretty clear, it appears Ms. Davis flew three other segments without her son wearing a mask, suggesting American Airlines doesn’t police mask-wearing as seriously as other airlines do, which is one of the reasons why I haven’t flown since February.

Related: These are the top airlines to fly during COVID-19 (spoiler alert, American isn’t one of them)

Of course I feel bad for this single mother but the fact remains – there’s a global pandemic going on and the flight attendant was just doing her job. It does seem like she could have been a little bit more patient, though. In all difficult situations, but especially these days, a little kindness and compassion goes a long way.