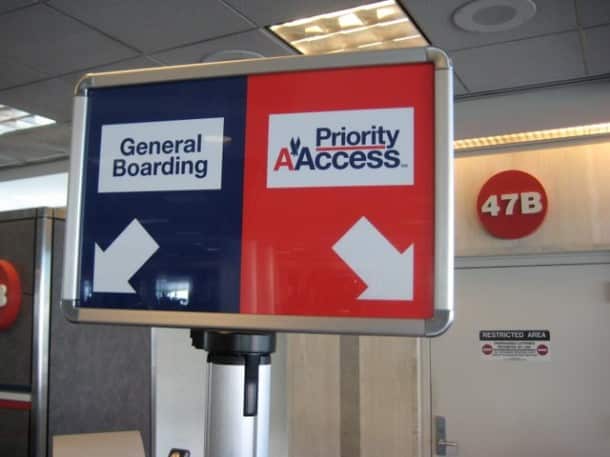 Today is Twitter’s seventh birthday and I’ve been giving a lot of thought to how much this microblogging tool has grown in such a short time and how powerful it has become in sharing information. Especially in light of something that’s happened recently.

Last Saturday, I was flying from Fort Lauderdale to Los Angeles and while milling around the gate area, I heard a surprising announcement from the gate next door. The agents were offering passengers without carry-ons except for a personal item to board the plane early, after first class and the elite frequent fliers. 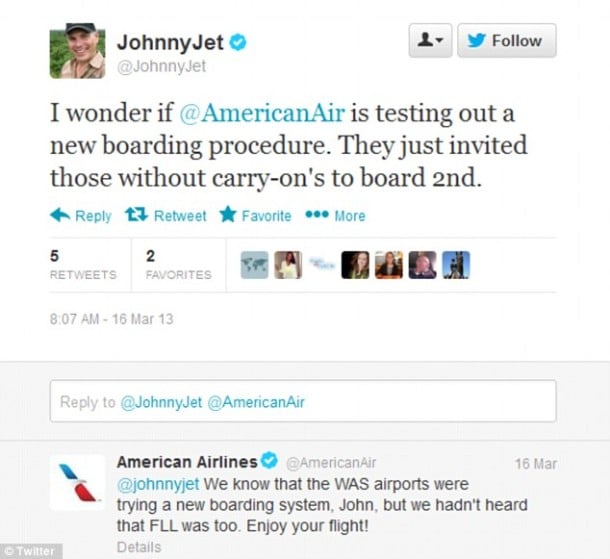 I thought this was interesting so I sent this simple tweet: “I wonder if @AmericanAir is testing out a new boarding procedure. They just invited those without carry-ons to board 2nd.” Not surprisingly, American Airlines’social media team responded within minutes: “We know that the WAS airports were trying a new boarding system, John, but we hadn’t heard that FLL was too.”

I retweeted their statement and a few days later, Genevieve Shaw Brown (@gsbrownabc) from ABC News contacted me for a quote. After her story ran today, it’s been picked up by numerous news agencies including CNN, The Los Angeles Times, USA Today, Daily Mail (U.K.) and I just got a call from NBC News. That’s truly amazing and just shows the kind of power Twitter has.

As far as American’s new boarding procedure goes, I think it makes sense. Alaska, Southwest and Frontier have all been doing it for a while and it seems to work. Two main reasons it makes sense? It speeds up the boarding process and it incentivizes people to check their bags, which is a source of revenue for the airline.

What do you think? Do you like the idea of allowing those without carry-ons to board before the general public?

Oh, and Happy Birthday, Twitter! If it weren’t for you I wouldn’t be getting so much press.