An Adventure Odyssey Through the Canadian Heartland, Part 3

This is the third installment in Dave Zuchowski’s series on discovering Canada’s lesser-known provinces by car. For more on the road less traveled, check out Part 1, Part 2, Part 4, and Part 5.

Part 3: Regal Regina with a Rambunctious Romp Along the Way
With 335 miles between Winnipeg, where I started my day, and Regina, the capital of Saskatchewan, I decided to split up the drive by spending the night somewhere in between.

Someone suggested a stop in Spruce Woods Provincial Park, an expanse of unspoiled terrain that offers a wide range of recreational opportunities. Thanks to the retreat of a large glacier 12,000 years or so ago, the park’s most interesting, if fragile, feature is Spirit Sands, a tract of towering sand dunes that reminded me of those found at Saugatuck, Michigan.

After a quick stop at the park’s Exhibit Building and a short drive to the trailhead, I decided to take one of the easier hiking trails through the dunes. The entire round-tripper took about an hour and a half to complete and offered some physical challenges climbing up and over the high dunes, made easier by several staircases of wooden steps. Those in moderate shape should be able to complete the hike, which I found to be a great way to get some needed aerobic exercise.

Not a true desert (there’s too much rainfall for that), the park is home to the western hognose snake, Manitoba’s sole lizard—the northern prairie skink—and several unique plants. However, the only things that crossed my path on the trail were some beautiful scenery, an eerie quiet, pale blue skies, clean fresh air and five fellow hikers.

Those wanting a longer hike can opt for the trail to the Devil’s Punch Bowl, where the sand slips into a bowl-shaped basin, 150-feet deep with an numinous blue-green pool of water at the bottom.

Continuing my drive west, I decided to spend the night in Brandon, Manitoba’s second largest city (pop. 46,061). After checking into the Canad Inns Destination Centre, I still had time to visit one of the town’s attractions and chose the Daly House Museum.

The home of Brandon’s first mayor, the house is one of the few surviving structures left from the town’s formative years. Completed in 1882, the year Brandon was incorporated, the house has two and a half floors and a basement filled with period furniture donated by the locals and more. Much of the original construction features remain, including its hardwood floors and oak staircase, as well as a few unique exhibits that include a reconstructed old-time general store and a collection of vintage wedding gowns.

After a good night’s sleep, the 3.5-hour, 210-mile drive to Regina in the neighboring province of Saskatchewan was a breeze. Named after Queen Victoria (Regina, pronounced re-jy-na, means queen in Latin), the city originally bore the aboriginal name of Wascana, but was renamed in 1882 by the Queen’s daughter, Princess Louise, wife of the then Governor-General of Canada.

I began a regal visit of my own by checking into the Hotel Saskatchewan, one of Canada’s grand railroad hotels. Famished after my ride, I sat down in a cushy chair in the Monarch Lounge and devoured a Grilled Mediterranean Panini. Because I was a newcomer in town, my waitress graciously took me on a tour of the adjacent Victoria Tea Room, where an elegant afternoon tea is served under the dimmed light of a crystal chandelier.

With a little coaxing and a lot of luck (the room was vacant at the time of my visit), a staffperson gave me an insider’s look at the Royal Suite, a 1,574 sq.-ft. cocoon fit for a queen that comes with a dining room that seats ten, a luxurious living room and a bedroom with an elegant king-size bed, which may have held the likes of Queen Elizabeth, Prince Charles, Mick Jagger and Justin Bieber, all of whom spent at least one night in the hotel.

With dusk setting in, I decided on a little walking tour around Lake Wascana and the 2,300-acre park that surrounds it. More than I bargained for, the park may be located near the center of town but it’s huge. (It’s larger than New York’s Central Park but much safer). With the onset of night, the park in mid-September was full of walkers taking in the spectacle of the flood-lit Legislative Building, which cast a glowing reflection on the lake.

Lying in the center of North America, Regina now stands on what was once a tract of treeless grassland. Currently home to more than 200,000 residents, the city is an urban prairie oasis that boasts 350,000 hand-planted trees.

Capping off my first look at Saskatchewan’s capital, I sipped a chilled glass of Chardonnay in the Monarch Lounge then headed to bed, anxious to rise the next morning for a tour of the Royal Canadian Mounted Police Heritage Center and catch the cadets going through the paces of the Sergeant Major’s Parade.

All photos but the feature in this story were taken by Bill Rockwell.

Part 4 of Dave’s Canadian journey introduces him to Canadian Mounties and much more. And check out more from Dave on his blog at pittsburghowlscribe.blogspot.com. 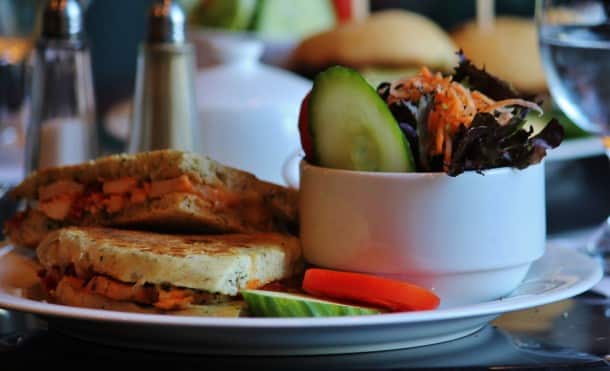 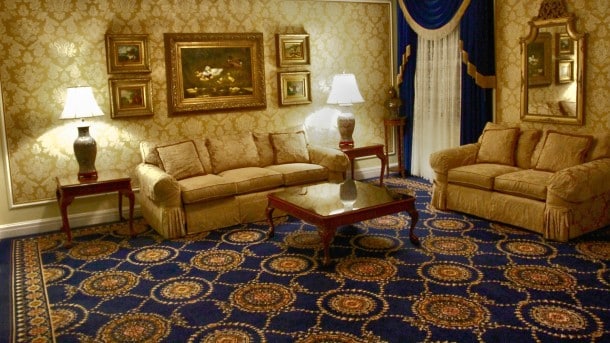 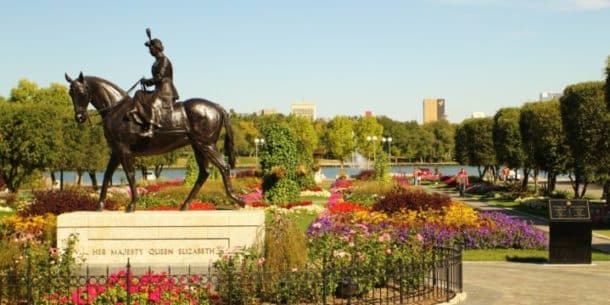 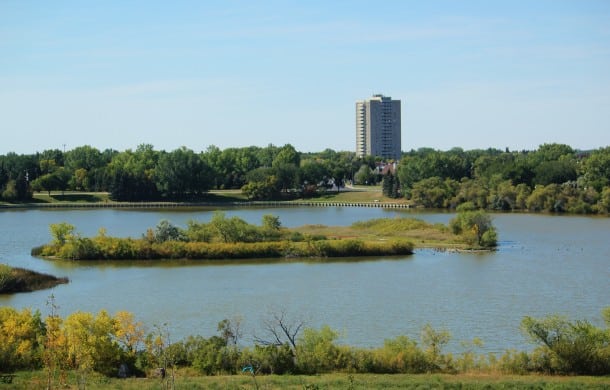 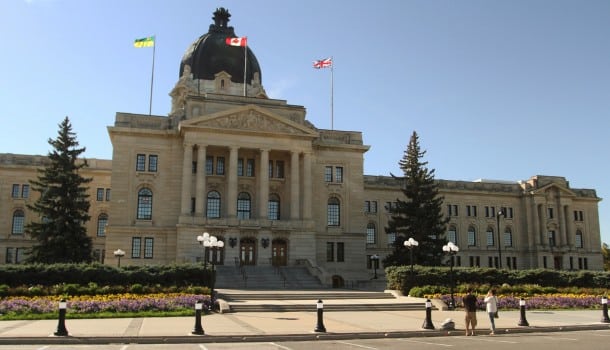 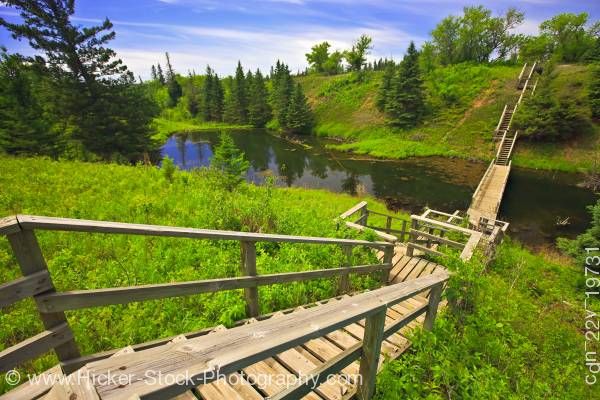 1 Comment On "An Adventure Odyssey Through the Canadian Heartland, Part 3"