Being an Honorary Duckmaster at The Peabody Memphis 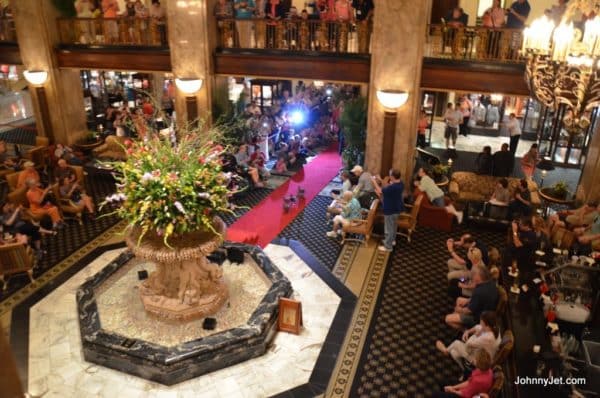 This has to be one of the most brilliant hotel marketing concepts of all time and one of my career highlights. General Manager Frank Schutt created The Peabody Duck March in the 1930s after he returned from a weekend hunting trip in Arkansas with his friends. They all thought it would be funny to leave some of their live duck decoys in the hotel’s beautiful Italian marble fountain and when the guests loved it, they kept them there until 1940.

That’s when Edward Pembroke, a hotel bellman and formerly a circus animal trainer, volunteered to take care of the ducks and teach them to march in and out of the lobby – initiating the famous Peabody Duck March. Mr. Pembroke was named Duckmaster and served in that position until 1991. There have been four other Duckmasters since then.

Today, the Peabody Duck March occurs daily at 11am and 5pm to and from the Grand Lobby and their Royal Duck Palace on the hotel’s rooftop. There are five North American mallards – one drake (male) with white collar and green head, and four hens (females) with less colorful plumage. The ducks do not have individual names since they are wild and are raised by a local farmer. Each team of ducks live in the hotel for only three months before being retired from their Peabody duties and returned to the farm to live out the remainder of their days as wild ducks.

There’s a long list of notable honorary Duckmasters that include Patrick Swayze, Oprah Winfrey, Florence Henderson, Emeril Lagasse, Peter Frampton, Joan Collins, George Hamilton, Molly Ringwald, Gene Simmons, Paula Deen, Larry King, Kevin Bacon, Andrew McCarthy, and many more. They recently began not only offering celebrities the honor of being an honorary Duckmaster but guests as well, in a package deal. You can now get yourself, your child, or your whole family up close in front of the large crowd and aid the Duckmaster.

What does being an honorary Duckmaster entail? You are introduced to the crowd, presented with the Duckmaster certificate, and given a Duckmaster cane to keep (they sell them in the gift shop for $35) so you can help guide the ducks in and out of the fountain to the elevator and to their final destination, the Penthouse. The package deal, which starts at $340, also includes valet parking, a rubber ducky, duck cookies from The Peabody Deli, and a reserved table for four in the lobby’s best seat.

Good to know:
-Children can line the red carpet and anyone can sit in the other lobby chairs – just get there 30 minutes or earlier before the area gets roped off.
-Duck is not served anywhere at The Peabody and has not been seen on the hotel’s menus since its 1981 reopening, quite possibly making Chez Philippe the only French restaurant in the world that does not serve duck.
-The Peabody Marching Ducks have appeared on The Tonight Show with Johnny Carson, Sesame Street, The Oprah Winfrey Show, and in People magazine and the Sports Illustrated Swimsuit Issue.
-The ducks were once the answer to a question on Jeopardy.

Below are my photos and video of being named the honorary Duckmaster for May 23, 2013. 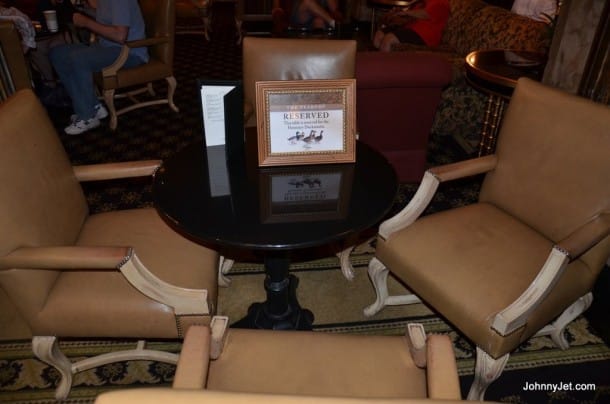 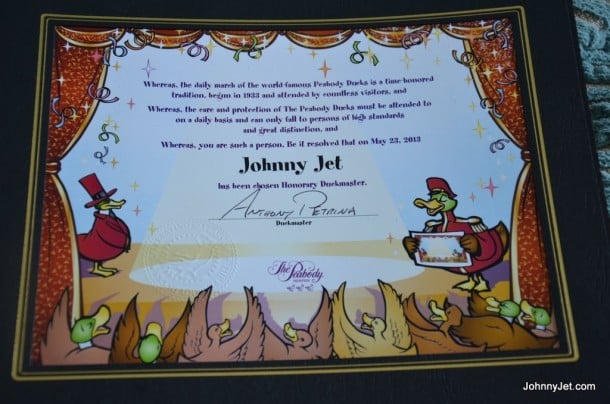 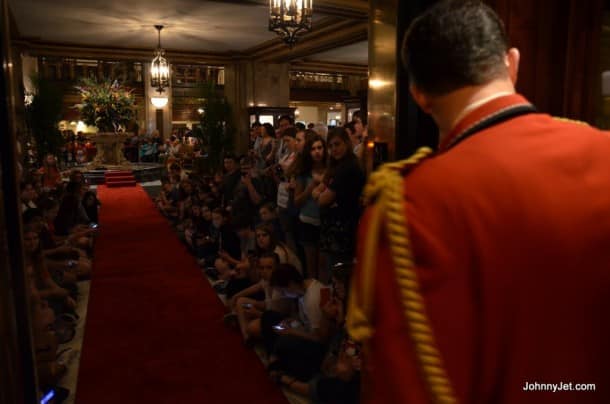 Going up to get the ducks 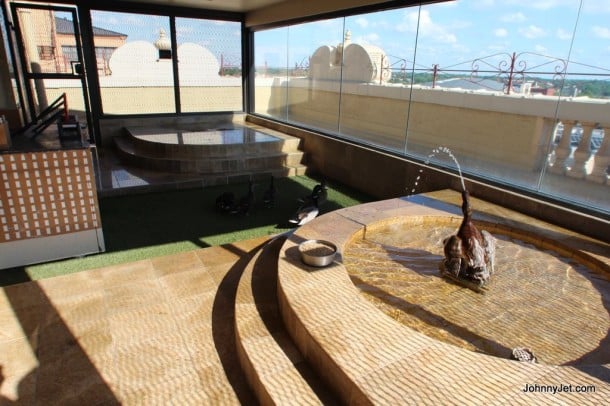 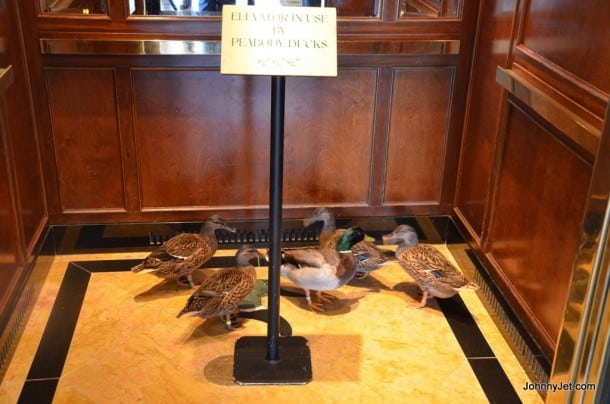 The Peabody Duck in elevator 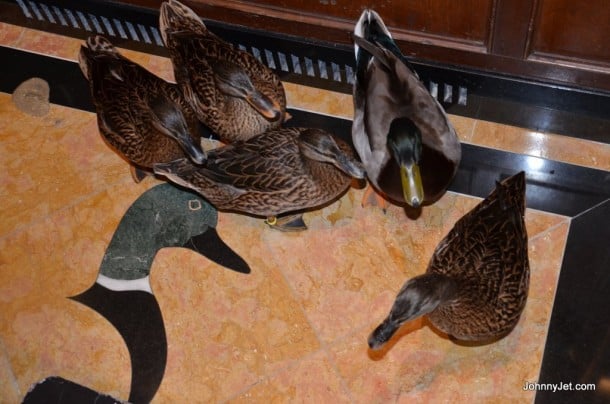 Ducks in the elevator 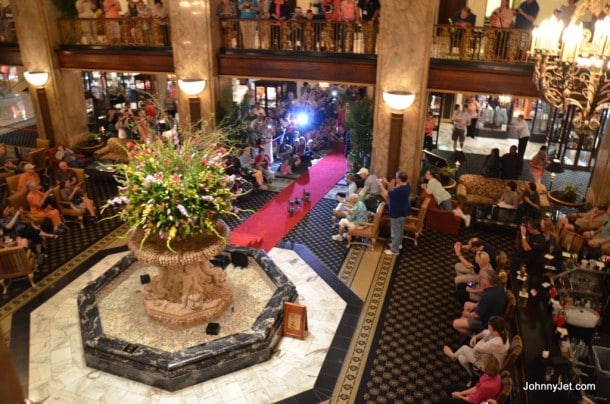 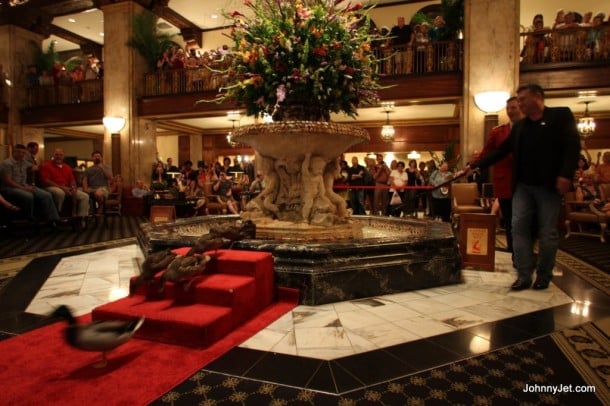 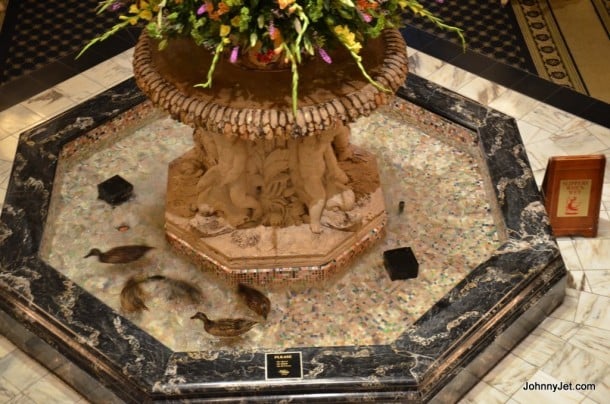 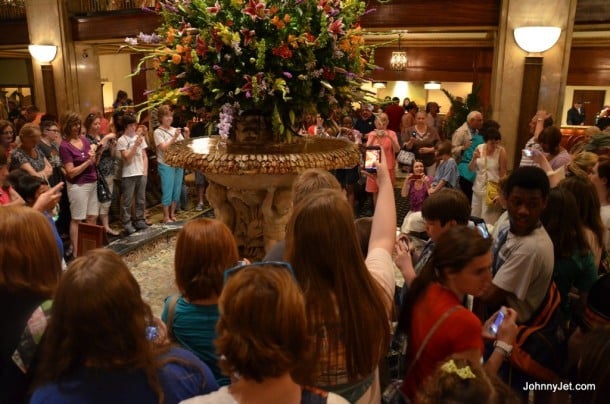 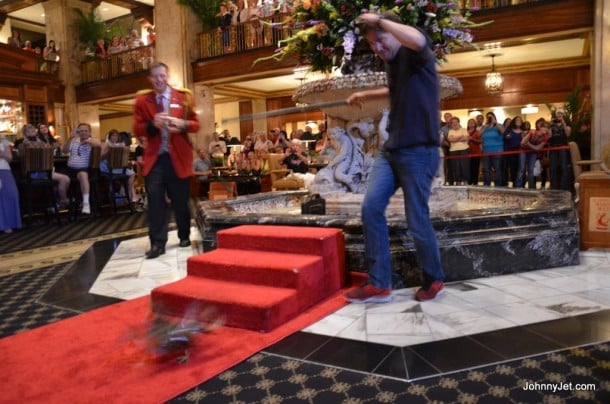 Andrew getting the ducks out 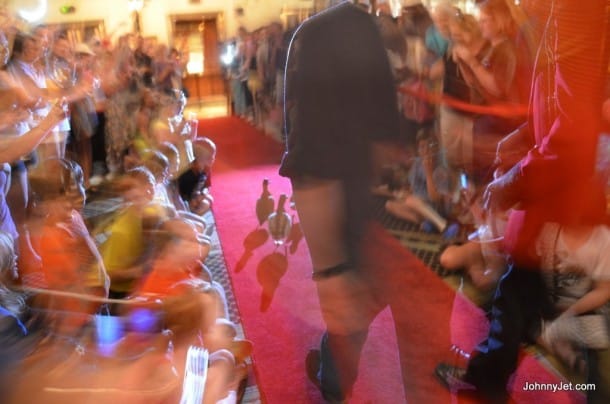 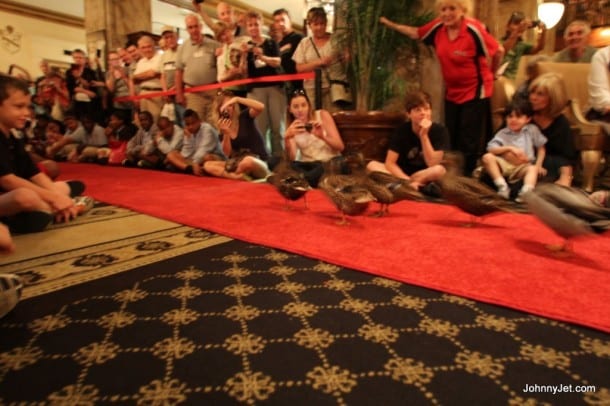 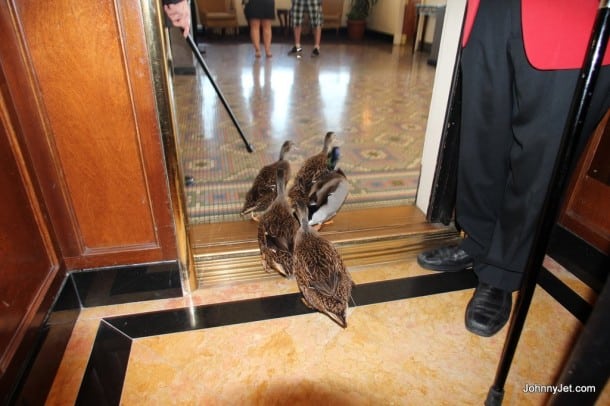 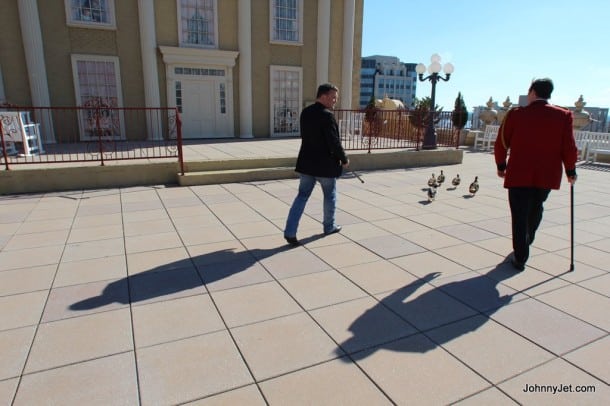 Spud getting the ducks 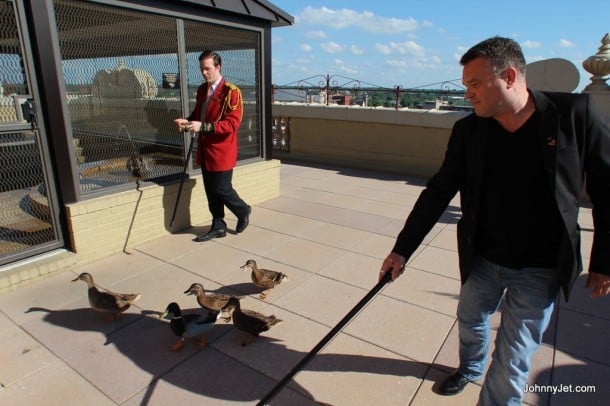 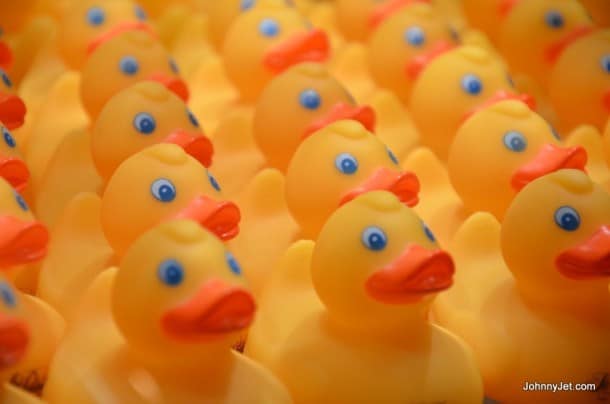 2 Comments On "Being an Honorary Duckmaster at The Peabody Memphis"