Charleston, SC, Part 3: Regaling in a Wealth of Antebellum Ambiance

This is Part 3 in Dave Zuchowski’s three-part series on Charleston, South Carolina—voted the best city in the U.S. and Canada in Travel + Leisure’s World’s Best Awards for the second year in a row. For more, check out:

My first morning in Charleston, South Carolina, found me sitting on the curved outdoor porch of the c. 1853 Cannonboro Inn having a breakfast of orange-glazed croissant French toast and southern sausage patties and chatting with innkeeper, Barry Carroll. Carroll is quite the raconteur and historian, I discovered, and he gave me a primer on Charleston’s past, the perfect introduction to my wagon tour through the historic district.

“Founded in 1670, the city was named for King Charles II of England, who granted to eight of his supporters known as the Lords Proprietors the province of Carolina,” informed Carroll.

Listening while enjoying a gourmet breakfast proved a double delight for this history lover. Before I finished my last sip of coffee, I learned that philosopher John Locke helped write the colonial constitution and that all people, including Huguenots and Jews, were given religious freedom—except Papists, who had to wait for theirs until after the American Revolution.

Armed with a bit of Carroll’s local lore, I walked to the 1841 City Market, which stretches over four city blocks and is crammed with all sorts of items, including handwoven sweetgrass baskets made on the premises by Gullah artisans (Gullah being the descendants of African slaves who live in South Carolina’s Lowcountry).

From there it was a short walk to Palmetto Carriage Works for an hour-long tour through the city’s historic district. It was amazing to see how our guide managed to maneuver the mules that pulled our long wagon through the narrow streets, point out some of the antebellum residences and their architectural features (I particularly liked the Charleston-style front doors that open on a porch, not inside the house), narrate the town’s history, and add a bit of humor into the mix.

For those who like an insider’s look around, Charleston has a half dozen or so antebellum houses—as well as churches and historic buildings—that are open to the public. I ventured into the 1771 Old Exchange and Provost Dungeon near the Waterfront. One of the last formal structures built by the British in the American colonies, the Exchange served as a prison for many of Charleston’s most prominent residents during the Revolution, earning the cellar the nickname “the Dungeon.”

Upstairs, the Great Hall became the town’s social center, where delegates from all over South Carolina ratified the U.S. Constitution and George Washington danced the night away at an elaborate ball during a presidential visit in May of 1791.

Many people think that it was cotton that made the Southern plantation owners wealthy. In the Charleston area, it wasn’t cotton as much as rice, especially Carolina golden rice. One of the plantations that epitomizes the lifestyle of the Carolina rice planting aristocrats lies about 20 miles upriver from Charleston. Titled Middleton Place, the estate has remained under the stewardship of the same family for over 300 years, ever since Henry Middleton acquired the property through marriage in 1741.

Henry went on to become the second president of the Continental Congress; his son Arthur signed the Declaration of Independence; and his grandson, also named Henry, was governor of the state, minister to Russia, and an ardent Unionist. The fourth generation, however, took a different turn when great-grandsons Williams and John signed the state’s Ordinance of Secession.

To house his growing family, the first Henry added two flanking buildings to the original and began building formal gardens laid out by the same master of garden design that created the gardens at Versailles for Louis XIV. The landscaped gardens are today considered the oldest in the United States, and tradition has it that it took “one hundred slaves almost a decade to complete the wide-sweeping terraces, walks, the artificial lakes and long vistas to the river and marshland beyond.”

Unfortunately, the Civil War and the arrival of Union troops proved a calamity for Middleton Place. Soldiers ransacked the house, flanking buildings, and setting them afire. The 1886 Charleston earthquake did even more damage to the remains. By the turn of the century, large swaths of the gardens and buildings were in a state of decay, but in 1916, J.J. Pringle Smith, a direct descendant of the first Henry, and his wife, Heningham, began restoring the gardens, house, and stableyards.

Today, Middleton Place is listed on the National Register of Historic Places, its historic gardens restored to their former glory. The house, meanwhile, serves as a museum that interprets the lives of the Middletons through its collection of family furnishings and the Stableyards, stocked with heritage breeds of animals from the plantation era. To really appreciate the expanse, novelty, and diversity of the former plantation’s 65-acres of landscaped gardens, visitors should expect to spend two-and-a-half hours at Middleton Place—and more if they decide to add on the house tour, take a carriage ride and dine in the restaurant.

Just down the road at 3550 Ashley River Road, Magnolia Plantation and Gardens was given its start in 1667 by the Drayton family. Said to be the most visited plantation in Charleston, Magnolia claims to be the oldest public tourist site in the Lowcountry and the oldest public gardens in America, first opening its doors to visitors in 1870. If you go, don’t overlook the Audubon Swamp Garden, where thousands of plant and animal species share the blackwater pond with cypress and tupelo gum trees that rise directly out of the water.

For a look at the economic engine that fueled the antebellum plantation economy, visit the Old Slave Mart Museum, located near the end of charming, cobblestoned Chalmers Street in downtown Charleston. Built in 1856, the slave mart was the showroom where a city councilman auctioned off humans to serve as slaves.

The first floor of this rather intimate but emotionally powerful museum focuses on Charleston’s role in the slave trade. According to the signage, Charleston was the nation’s largest slave port, where 40% of all America’s slave traffic came through. Between 1670 and 1808, when it became illegal to import slaves, the total number of slaves who entered the US through Charleston was at least 300,000.

The second floor of the museum has a much lighter mood and deals with the eventual triumph over the institution of slavery.

The Antebellum Era came to an abrupt halt at 4:30 am on April 12, 1861, when Confederates, under the command of Brig. General Pierre G.T. Beauregard, fired the first shots of the Civil War in an attack on Fort Sumter. The Union garrison surrendered the following day with no loss of life suffered on either side. Today, the fort is a National Monument accessible by boat, which leaves several times a day from Liberty Square in Charleston.

For a place to stay…
that includes a wonderful breakfast, the c. 1853 Cannonboro Inn (800-235-8039) is located in the residential historic district at 184 Ashley Avenue. Innkeeper Barry Carroll is quite the historian and offers concierge service as well. Amenities include free off-street parking, afternoon tea, wine, homemade treats, and complimentary touring bicycles.

For more information on Charleston, phone 800-774-0006 or visit explorecharleston.com. 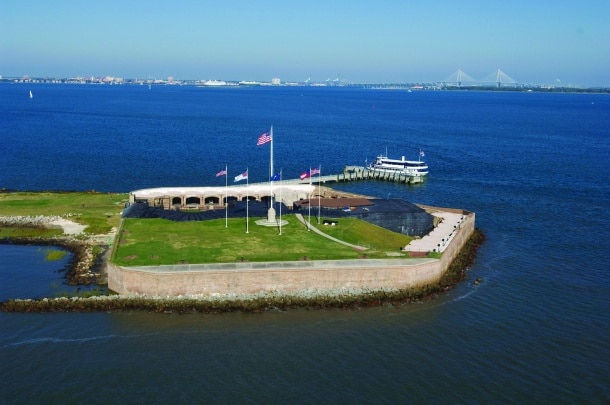 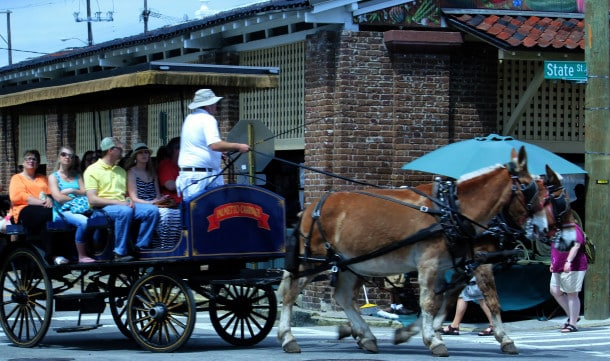 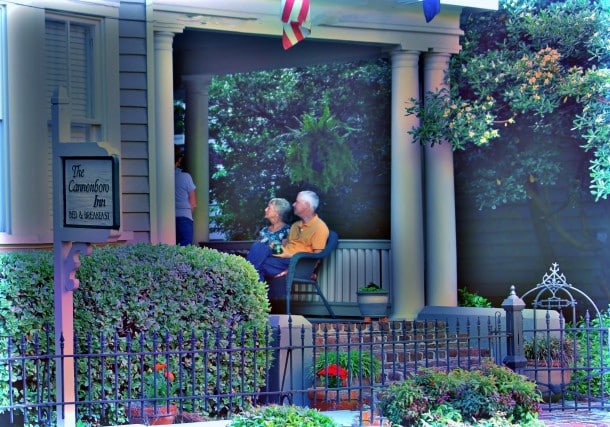 Sitting on the porch at the Cannonboro Inn (Credit: Bill Rockwell) 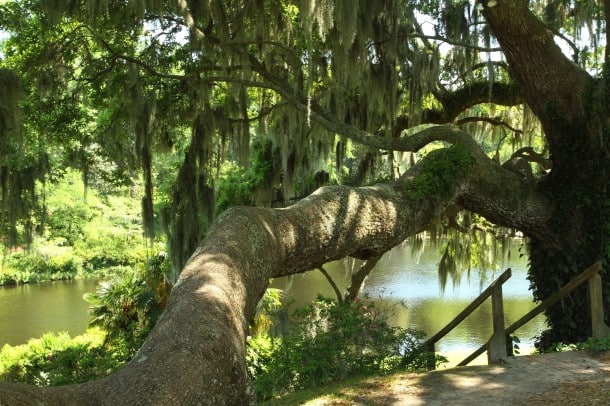 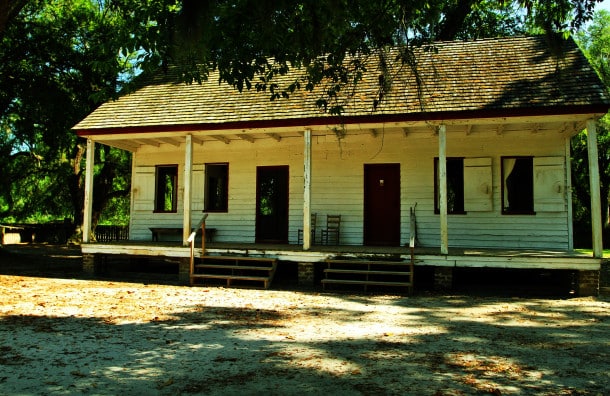 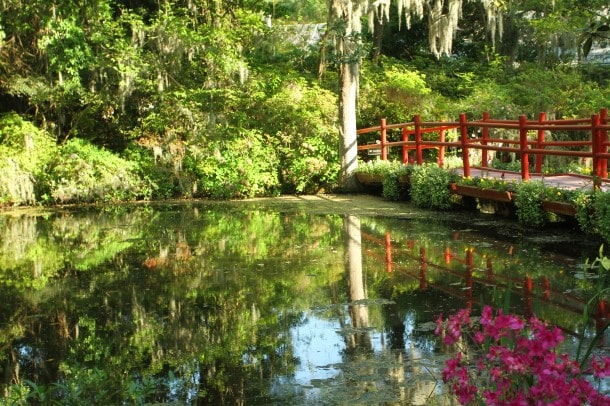 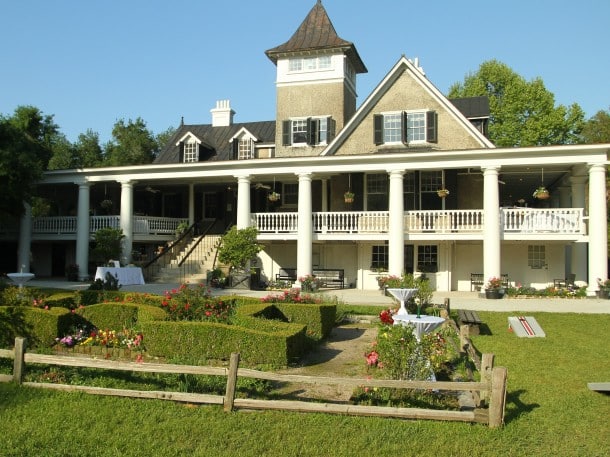 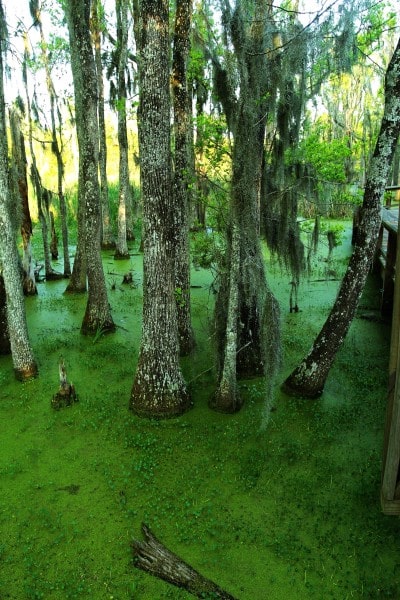 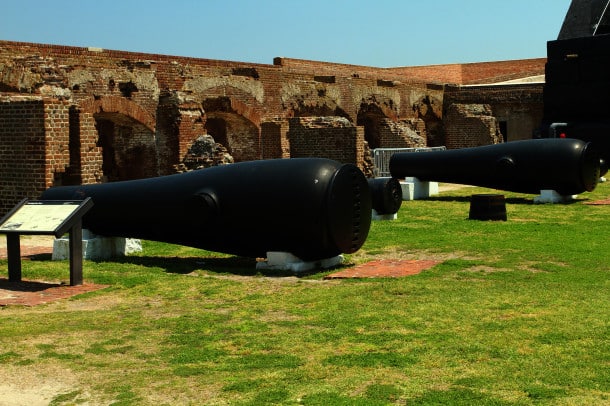 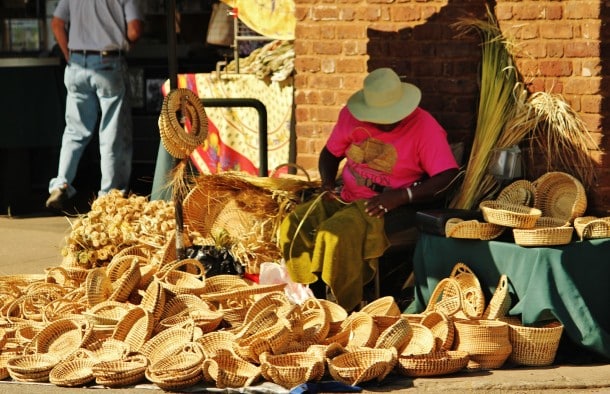 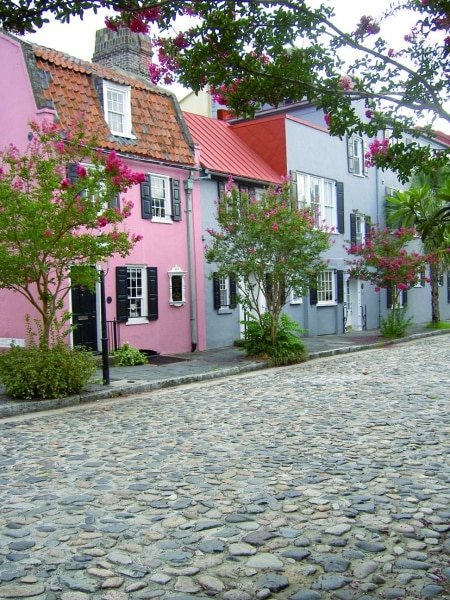 1 Comment On "Charleston, SC, Part 3: Regaling in a Wealth of Antebellum Ambiance"