Elon Musk’s oft-derided behavior has landed him in hot water many times over. Some criticize his work because of it. But his vision for changing how we travel has been heralded by others as the type of forward thinking we need to improve our transportation infrastructure. No matter your personal opinion of Elon Musk, his ideas have and will change the way we think about transportation and mobility. 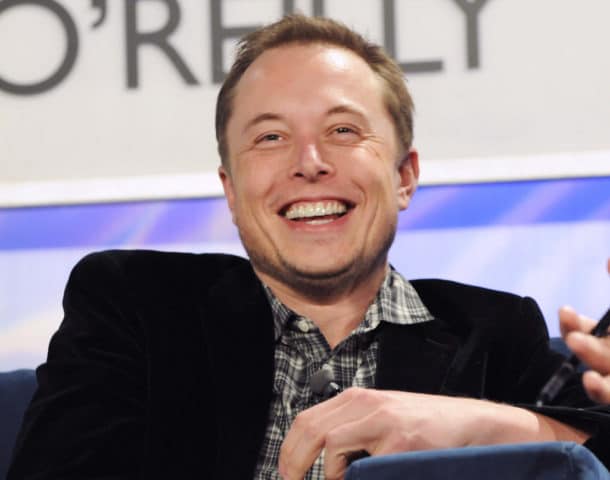 Around the world, there’s no better (and more obvious) symbol of Elon Musk’s success in changing transportation than the Tesla electric automobile. The Roadster, Model S, Model X, and the new Model 3 vehicles all stand as a testament to Musk’s vision of proving that “electric vehicles can be better, quicker and more fun to drive than gasoline cars,” according to the company’s website.

Arguably one of the most sought-after automobiles on the market, Tesla vehicles are helping move transportation to a zero-emissions and no fossil fuel future. And they’re doing so with a little bit of flair with features like the gullwing doors on the Model X or the screaming fast acceleration in the performance versions of all of their automobiles.

What’s next on the list? Elon Musk wants to tackle how we transport cargo interstate. Today, almost 71% of our nation’s freight (by weight) moves via trucks, according to the National Trucking Association. To address this large market, Musk is already developing and testing a new Tesla Semi that will be much more efficient than existing tractor-trailer trucks.

The sleek battery powered truck will be driven by four independent motors on the rear axles. Tesla says truckers can save up to $200,000 in fuel costs using “Megachargers” and claims the lowest cost of ownership in the category. The company says it’ll be the fastest and safest cargo truck on the road.

In 2002, Musk founded Space Exploration Technologies, more commonly known as SpaceX. What grew from a concept of an experimental greenhouse on Mars evolved into a company focused on producing affordable rockets.

SpaceX is now looking at lowering the cost and increasing the reliability of access to space. One of the most visible accomplishments of his work has been the development of a reusable launch system, which involves a vertical take-off and landing of a rocket.

However, the ultimate goal for Musk is to create an Interplanetary Transport System (ITS). The ITS vehicle, used in conjunction with the reusable launch system, would allow people and cargo to be transported as far as Mars or as close as another continent. As for the Mars transportation, Musk believes it will come in the middle of the next decade.

The applications for SpaceX’s technology are endless. It could put humans into the galaxy and democratize space travel for the masses.

Imagine shooting 700 miles per hour between American cities, arriving faster than you would in a regular airplane. That’s what Musk’s Hyperloop intends to do. A number of teams are working on variations of the Hyperloop, but Musk describes it in layman’s terms as “A …a cross between a Concorde, a rail gun and an air hockey table,” according to Time magazine.

More precisely, the idea is “…an elevated, reduced-pressure tube that contains pressurized capsules driven within the tube by a number of linear electric motors. These capsules move with very little friction or drag owing to air bearings that ride on the inner surface of the tube, and a combination of active and passive means to reduce the negative effects of choked airflow on the transportation system,” says New Atlas.

The commercial vision would allow riders to travel from San Francisco to Los Angeles in only 30 minutes. The entire system would cost an estimated $6 billion. Compared to the tens of billions that the current California High-Speed Rail project will cost, this is interesting, to say the least.

The ultimate vision is to use the Hyperloop to facilitate travel between very distant American cities, like cross-country jaunts.

Musk’s Boring Co. is working on developing various tunneling machines. The concept is to create a tunneling and infrastructure company to solve traffic problems. Instead of thinking of roadway travel in a two-dimension pattern, Musk wants to move underground and transport people in various ways and layers.

The Boring Co. is currently using or developing three machines: Godot, Lime-storm, and Proof-rock. The latter is anticipated to bore at a rate ten times faster than conventional machines.

One tunnel exists under Los Angeles – a 2 mile stretch along the 405 freeway. In addition, a loop to Dodgers stadium is currently being proposed.

A second tunnel has been permitted for construction in Baltimore, initially staying local and then advancing to the ultimate goal of connecting the city to Washington D.C.

A third tunnel is planned in Chicago, which would connect downtown to the airport. While details are still forthcoming, the system would transport passengers in automated electric cars to and from the airport.

One idea that Elon Musk has floated through his Boring Co. is to transport pedestrians and cyclists via the tunnel on “Loop transit pods.” He hopes to advance the very pedestrian task of traveling by subway. His company will bore tunnels under cities and transport passengers in an airy coach, per one rendering.

Another idea that Elon Musk has advanced using his tunnels is a car elevator. This device would lower vehicles from ground level into the tunnels being built. It would allow access to a sort of express lane for vehicles underground, where the vehicles would be lowered onto sleds gliding through the tunnels built by the Boring Co. equipment. Most recently, Musk has said that he would deemphasize carrying cars in favor of moving people first.

It’s exhausting to keep up with all of the projects Elon Musk is working on through his various companies. But he has an eye on changing our travel and transportation infrastructure in ways you could have never imagined. Regardless of what he does in his personal life, there is no denying that he has pushed scientific limits.