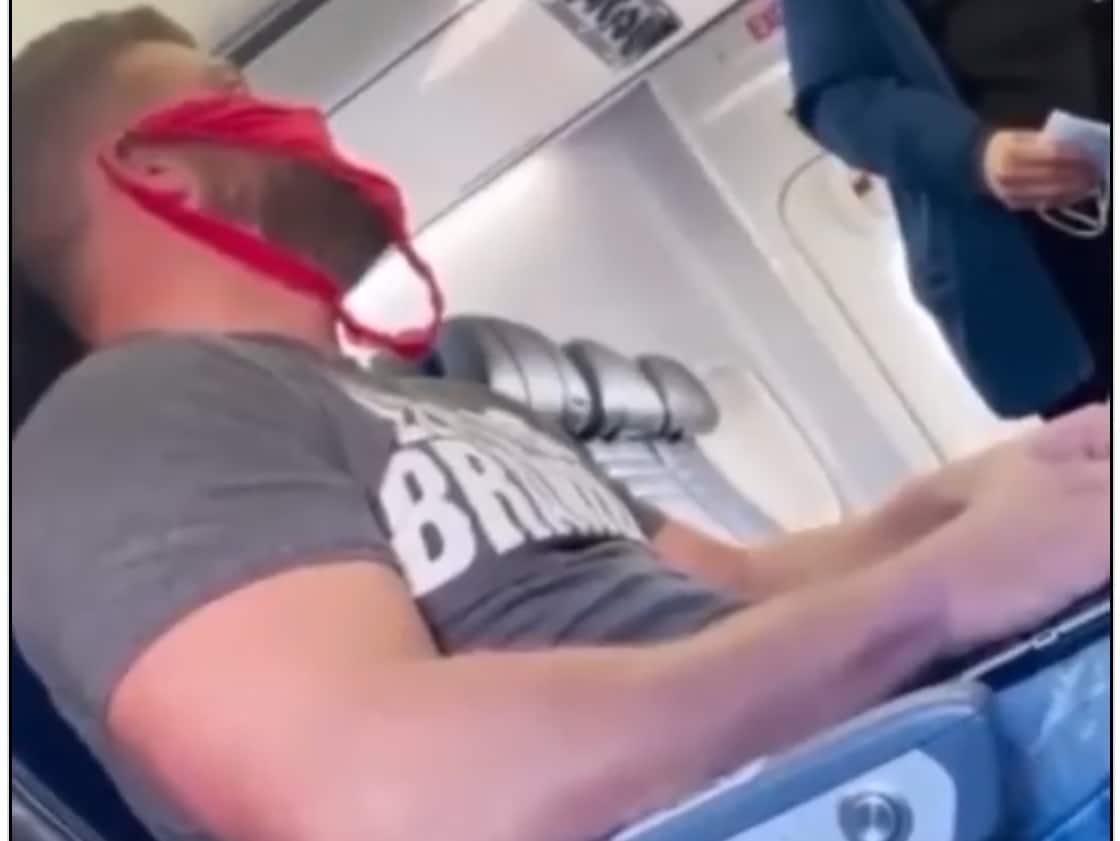 There’s a video on Twitter with the caption: “Florida man banned from United Airlines for wearing a thong as a mask 🤣🤣🤣.”

According to FOX Business, the man was Adam Jenne, of Cape Coral and he did it because “he wanted to make a point about what he regarded as the silliness of people having to wear masks on planes. He said he has been wearing women’s underwear to highlight the absurdity of masks since last summer.”

Adam sounds like a fun guy if he was in his teens but he’s clearly not so he’s just a tool who probably had no intention of flying. Same with the lame passenger who pretended to drink an empty cup of coffee while asking the gate agent why the man was being kicked off and then joined him in an act of solidarity. What patriots, eh?

The sad part is the footage was recorded by Jenne’s girlfriend and to prove this was just a publicity stunt, Jenne is wearing a “Let’s Go Brandon” T-shirt.

Kudos to United Airlines for taking action before the plane left the gate and alerting Jenne via email that he “was banned from all future flights until his case had been reviewed by the Passenger Incident Review Committee.” Let’s hope they ban him for life because I don’t think my belly could take laughing so hard if I had to be seated next to him.

Listen people, it’s not that difficult to wear a mask. If you don’t want to wear one, then don’t fly commercial. It’s that simple. Since Jenne is obviously smarter than everyone else, he must have the means to hire a private jet so he can just leave the rest of us out of his sad attempt to create a viral video.

As you can tell, I’m so sick of people who think they’re patriots when in reality, they’re the opposite. They have no clue what it means to be a team player and I can’t imagine how flight attendants feel, having to deal with this kind of thing every single day.