There’s nothing funny about safety but if you fly often, then no doubt you’ve noticed most passengers don’t pay attention to in-flight safety videos. In fact, you might be one of those passengers, who is just staring at their phone or have your eyes closed hoping to make the flight quicker and painless. I have been guilty too, but I try to remind myself each time I fly how important is it to watch and I have noticed that off-duty flight attendants and pilots almost always watch it too, which should tell you something right there. RELATED VIDEO: Flight Attendant Caught Stealing Bracelet at Security Checkpoint – Here’s How to Protect Your Belongings 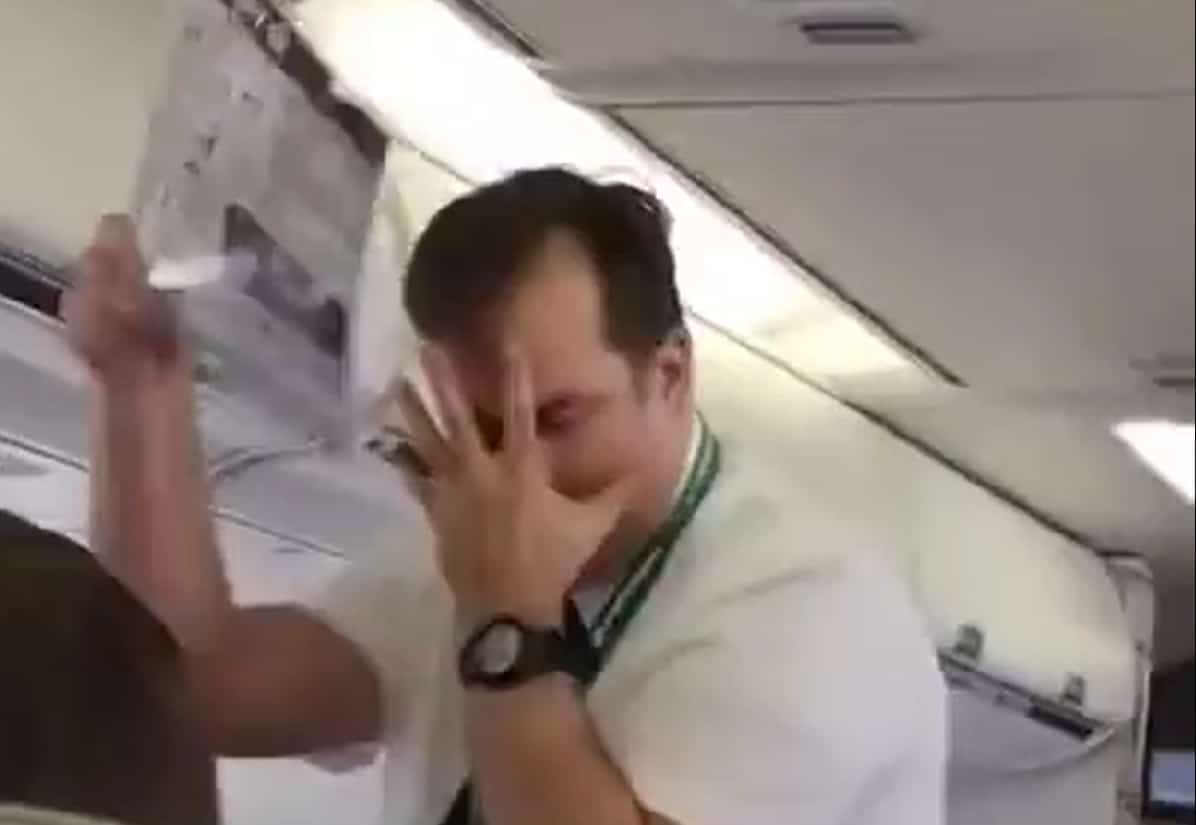 Repetition is important and each week, I have a reminder email (I use this free service) to send me instructions for CPR and what to do in case a child chokes. I read it each week and feel like I learn something new each time. The worst part is that almost once a month, it seems like my kids put too much food in their mouths or don’t chew enough and they start gagging – my heart stops and I quickly try to remember everything I learned from the instructions.

One thing I love about Air New Zealand is that they learned early on that most passengers don’t pay attention to the safety videos, which is why they’ve invested so much in keeping their safety videos entertaining and fresh. They update them almost every six months so even frequent fliers will want to pay attention and they range from naked flight attendants with painted uniforms to ‘An Unexpected Briefing’ which features Hobbits, dwarves, and wizards as part of a partnership to promote The Hobbit trilogy from Academy Award-winning director Peter Jackson (both videos can be found below).

Other airlines have caught on and arguably one of the most famous flight attendants is Deltalina, who gained much attention from her two-second finger wave at 1:51 in the video below.


But some airlines don’t have safety videos or their systems go down so flight attendants have to do it live. This can be awkward for everyone … except if you get a real gem like WestJet’s Michael McAdam. He’s been entertaining and educating passengers for over a decade and one of his safety demonstrations just went viral a couple of days ago (see below). I’m not sure if it took place a couple days ago or if this Twitter user just reposted it. Either way, it’s a gem and will definitely make you laugh.

This guy is truly living his best life pic.twitter.com/KeeWlCOBLA

To prove my point that this is a good idea for the airlines, Twitter user @ReggiesSaints commented on the video: “I NEVER pay attention to flight attendant instructions but I watched every second of that video. They definitely should adopt that method. What airline?  I want to use them in hopes of getting that attendant.”