How to Get an Immigrant Visa Without a Lawyer 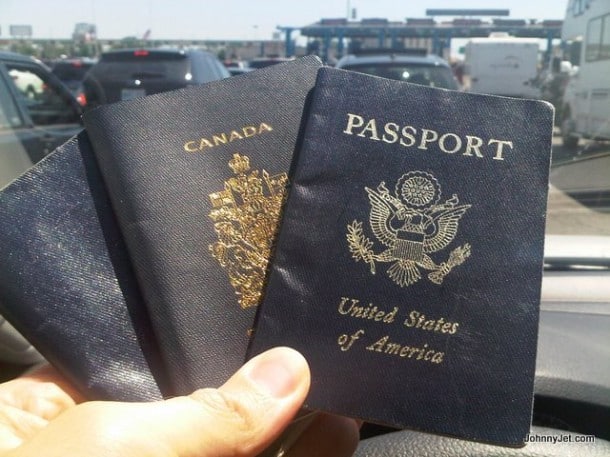 About a year after my wife and I decided she was going to move to the United States from Canada without the help of a lawyer, we started joking to our friends: How could we not find a spouse in our respective countries? It would have saved us both a lot of hassle and many a headache! Immigration is a long and arduous process and it takes patience, organization and determination. It’s a good thing my wife has all of those qualities and skills as she did most of the paperwork.

Everyone we spoke to who’d been through the process before had a lawyer to recommend. Originally, we met with an immigration lawyer in California but upon leaving his office, Natalie and I both scoffed at his outrageous rates. Getting an immigration lawyer isn’t cheap! We figured we were two educated people who could read and understand English so how difficult would it be to take it on ourselves? The good news is that it can be done. The bad news is that it took us a couple of years because we made a few mistakes along the way that a lawyer would have caught and prevented. My advice is to triple-check everything and make a checklist.

We once were delayed by a few months because we sent the paperwork back without a police report. Natalie has never been arrested so she incorrectly assumed that she didn’t need to provide one. Wrong. You do need to have a full police check done just to prove that you have no criminal record. They don’t just take your word for it! Fortunately, the process was very simple. Natalie had to visit her local police station where they ran a background check on her. Twenty minutes and $45 later, she left with the official record in her hand.

Another delay was the result of forgetting to sign one of the many documents we had submitted. It was returned to us and it delayed the process another few months. Tip: Triple-check all paperwork before mailing. And make copies of every document you submit as you may be called upon to present it later.

Another tip: Before your final immigration interview, you will need to submit to a medical exam but don’t wait until the last minute to make sure you have all your immunization records. Unless your parents are very organized and have all the records from when you were a child, you may have trouble tracking them down. Not to mention, you’ll probably need updated vaccinations (most likely from within the last 10 years) so do some research first to find out exactly what vaccinations are needed (the requirements vary depending on where you’re coming from and how old you are) and then get them taken care of when it’s convenient for you, instead of waiting until the last minute.

Once all the documents had been submitted correctly, we received the letter with our immigration interview date and time, which was about a month out. The appointment was in Montreal, not Toronto. We couldn’t reschedule because if we had, there would be no guarantee that we’d get another appointment any time soon and at that time, there may not have been any visas available. According to US Citizenship and Immigration Services, there are visa quotas, a maximum number of family-sponsored and employment-based preference visas that can be issued to citizens of any country in a fiscal year. So you don’t want to miss your chance! Initially, we were worried that we’d be traveling when our appointment date rolled around but fortunately, we weren’t. We would have cancelled our travel plans if we’d had to, though.

On the day of the appointment in Montreal, we showed up to the US Consulate about 50 minutes early.  You can’t bring any electronics or food with you past security. If  you show up with a laptop they won’t even let you store it. They took our cell phones (I think you can only have one each), Natalie’s Apple Watch and my micro-size container of Vaseline that I use for my lips instead of chapstick (long story). I wouldn’t have been allowed up if I hadn’t been American and it’s better to bring your passport as your form of ID, although one guard said a valid driver’s license would have been okay.

Security is tight and a few of the guys were very unfriendly. They use a private security company called URSA and they aren’t American. A few times, I had to bite my lip so I didn’t talk back for the way they bossed my wife around.

After being checked off the day’s list and going through the airport-like security,  they escort you up the elevator to the top floor. Then you are escorted through a few more secure doors to the waiting area. There’s a woman in a red vest who has a master list and answers any questions. We rolled in at 10am for a 10:30 appointment and she said the wait would be approximately two hours. It’s a large room and packed with hopeful immigrants. There’s just one small flat screen TV looping United States tourism promos, two computers to print out forms only, a couple of vending machines ($2 per item), bathrooms and a small play area in the middle of the room for kids. I was so bored I almost got down on my hands and knees and played with it. Tip: Bring a paper book or magazine (no iPads or Kindles allowed!)

When they call the numbers of the PA system it’s not very clear so you really have to listen for yours. We were given slip number 20 and they called numbers in all different orders and some multiple times. They called number 20 at 11:15am to window 2 (there are 19 windows spread out across the floor). There, the agent asked for Natalie’s paperwork: the original of her long form birth certificate, marriage certificate, sealed health records, passport photos and copies of other documents.

FYI: If you don’t have photos with you, I understand there’s a place downstairs where you can get them done but they must charge $10 and accept cash only since an Indian guy was frantically asking people for change for a $20. He was offering a $20 bill for a $10 bill because he was so desperate.

After Natalie’s paperwork was approved, we were told to take a seat and wait for another agent to call our number. Five minutes later he called number 20 to window 8. Of course, Natalie was in the bathroom and she couldn’t hear the PA in there so I went to the window and told him she’d just be a minute since she’s in the loo. It’s not a room but a sort of cubicle where you meet the agent through a glass window. Spouses usually aren’t allowed in the interview (I hear it’s up to the agent to decide but I wasn’t allowed to stay with her). Natalie said the agent was friendly, the questions were straight-forward and she was told she was approved for a US visa in less than 10 minutes.

The her passport and visa were couriered to the post office near her house in Toronto and it only took 48 hours!

Here are some helpful resources that I found during the process. Let me know in the comments section what other tips you have!