On a recent American Airlines flight from Los Angeles to Toronto, I chose to sit in row 16 of the 737-800MCE series aircraft because (like in row 17, as well) the middle seat is blocked on each side. The airline has made a habit of blocking out four seats like this so they can pay one less flight attendant (here’s a deeper explanation). I usually choose one of the exit rows—which are directly in front—but because these planes have been flying 100% full recently and the seats are so tight (or I’m just getting bigger), I decided that having more space next to me was more important than having it in front of me. And so I booked row 16 to check things out. 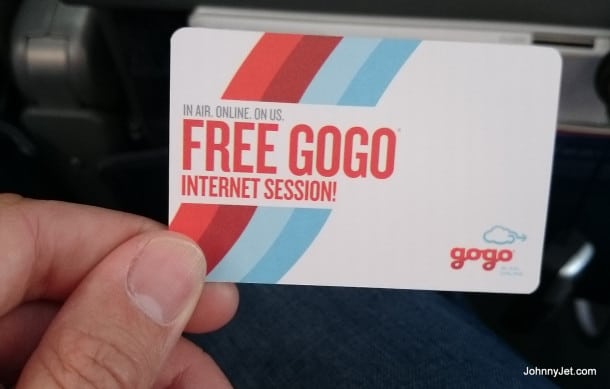 All I did was tap him on his shoulder and said, “Excuse me, but is there anyway you can let me know when you recline since I’ll be working on my computer?” He said it was no problem. I then said I’d even make him a deal: “If you don’t recline, I’ll give you a free Gogo inflight Wi-Fi pass”—and he said, “done deal.” And since he was so nice about it, I gave one to his girlfriend as well. It was a win-win for everyone and made row 16 a great choice.

Would you take that deal? I posted the question on my personal Facebook page (here’s my work Facebook page) and most said they would. But there a few who said, “No way, Jose!” as well, so I want to hear even more thoughts. Let me know what you would do, and what it would take for you to agree not to recline your seat in the comments below.

UPDATED on September 2, 2014: In the past eight days there’ve been three U.S. flights that had to make unscheduled landings after passengers got into fights over the ability to recline their seats. The first one was started by a passenger using Knee Defender but I don’t recommend getting this contraption.