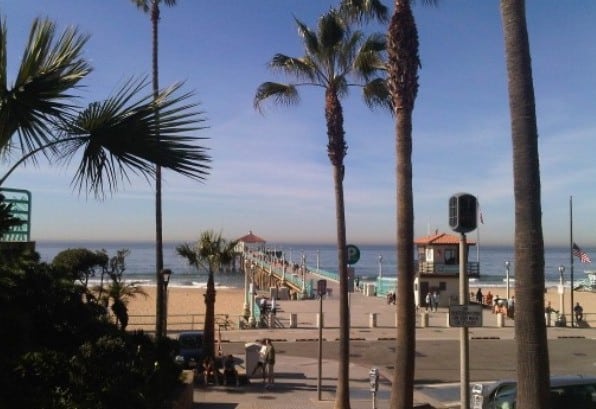 Greetings from sunny Southern California! What a week it’s been! My friends called it “summer 2010” since this past summer was cool and overcast almost every day down at the beach. But this past week made up for it! The most interesting thing I did, besides play beach volleyball, was take Natalie to every visitor’s favorite fast food joint, In-N-Out. It’s right next to LAX and since it’s such a haven for travelers and plane spotters, I’m including my open letter to the city of Los Angeles, which I wrote after they gave me an $88 parking ticket. Now, I love a good Double Double, but not when it costs close to $100. I think it’s the city’s cash cow since the street signs are not clear and I’m hoping I can prevent others from falling into the same trap. What do you think? In addition, join my sister Georgie Jet on her Trafalgar Tours trip to Italy. Viva Italia! P.S. I’m going to be speaking at the AAA Great Vacations EXPO this Friday and Saturday at Franklin County Veterans Memorial in downtown Columbus, Ohio. If you’re around, come by and say hi!

This is the first letter I’ve ever written to the city of Los Angeles. I’m writing to express my sincere disappointment in your tactics to raise funds. On January 16, 2011, I parked on 9100 Sepulveda Westway, which is right next to the In-N-Out by LAX. As you probably know, this fast food chain is always busy and I parked behind a row of cars on the street since the parking lot was full. When I got out of the car, I walked back to read the parking signs and the one fifty yards in front. Both of them read no parking but were in areas where the curbs were painted red. Where I parked, there was no red on the curb or sign so I assumed I was in a legal spot. According to officer S. Hernandez, I wasn’t because when I returned to the car five minutes later (to get my girlfriend a sweatshirt), there was a ticket on my car and the whole row of other cars.

I’m not writing just for myself but rather on behalf of all of those other diners who thought they were going to In-N-Out to save some money, only to return a few minutes later to find a ticket for $88. The amount is rather absurd, don’t you think? Do you have any idea what kind of financial burden this puts on hard working Americans? Do you have any clue how many fights these tickets must lead to? How many ruined evenings? $88 is outrageous. $88 would feed 15 to 20 people at In-N-Out.

I’m an educated man, graduated from nearby Loyola Marymount University and received my fair share of parking tickets while living twenty years in L.A. I have learned what’s a legal parking spot and what’s not. This is my first ticket in years and it’s not because I let my guard down either. It’s because of your tactics to generate a cash cow for the city. I am confident that I am not the only person who thought the parking spot was legal and hopefully I’m not the first to contest it either. I’ve driven by this area several times and there are always cars parked there. If you paint the curb red or post more no parking signs then I wouldn’t have an argument but you didn’t. The street is not clearly marked and you should be ashamed of yourself to allow this kind of trickery to happen.

P.S. Since I will be traveling for an extended period for business I’ve decided to pay the ticket with the hopes of being reimbursed.