Hampi, India: Off the Beaten Track

Arriving in Hampi feels like stepping back in time to the ancient Roman empire, except you’re in the ancient Indian empire.  Centuries old ruins and temples dot this landscape of giant granite boulders and rice fields.  If you get some elevation and look out to the horizon all you will visually feast on are God sized handfuls of boulders, towering over rice fields and long, thin roads, peppered with ancient granite ruins, way out over the 120km Hampi extends to.  It is as ‘bewitching’ as the guide-book said.

Hampi is also a world heritage site and the site of the original capital of the Vijayanagara Empire.

After spending a relaxing few weeks on the beaches in Goa, I was keen to get out into the countryside of India.  I took a 12 hour bus ride on an overnight sleeper (800 rupees – $16 USD) which leaves from Mapusa, Goa at 6:30 pm every evening and arrives in Hampi at 6 am.

Remember as a child, when an adult would put you on their knee and bounce you up and down and you laughed hysterically for the joy of it? During the bus ride you’ll spend quite a bit of the trip in an adult version of that and, barely any time laughing.

However, by divine intervention my seat was on the right side of the bus to see the full moon shine its guiding light on me the whole way.  So, I wasn’t so fussed about being kept awake.  On most busses, you can open your window wide to the outside world (be careful you don’t have your valuables nearby).  So, with the night air, the country silence, and the full moon the start of my journey to Hampi had a slightly cinematic feel in my romantic mind.

Considering Hampi has a reputation as a ‘spiritual’ hot spot, it all made this trip feel auspicious for sure.

Our bus’s arrival signaled feeding time at the zoo for the guest house managers (they were the animals) as they pounced the minute we stepped off the bus onto solid ground, barely having wiped the sleep from our eyes.  Negotiations, hard selling (“we have wifi”, “my place have hot water”, “I have good hashish”) and an irrefutable ability all Indian merchants have to give no space for thought, turns these mornings into a cacophonous buzz of overwhelming and hard decision-making.  All before 6:30 am.

Neither I or most of the other travelers on the bus had organized our accommodations beforehand, which is often the way to get the best prices, so we decided to team up and see what deal we could get.

I let the Russian snake catcher I had met on the bus do most of the talking, although when your pectoral muscles make you look like you’re a stand in for the Michelin man and you go around kissing Cobras for a living, you don’t have to do much talking.  You just stare.  Standing there, as the sun was rising, a bulky, bull-headed Russian to the left of me, a young, scrawny Indian kid with the gift of the gab to the right made this moment feel awkwardly like a Mexican stand-off.  I just wished the theme song to “The Good, the Bad, and the Ugly” were playing overhead.  We finally agreed on two rooms (huts) at Sunny’s Guest House at the far end of the main street for 800 rupees ($16 usd) per night.

For more on my adventures with the Russian click here.  For more on where to stay and eat in Hampi read my article here.  To read about the temples and ruins of Hampi, and what to do, click here. 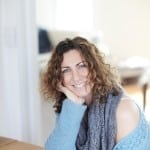 0 Comments On "Hampi, India: Off the Beaten Track"