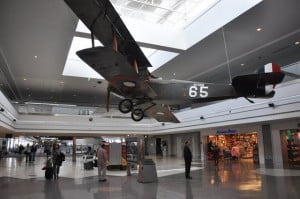 All was smooth on my United flight from LAX until the Captain got on the horn about 90 minutes into the 105-minute flight and said that we’d be going into a holding pattern as the Denver International Airport was closed due to tornado warnings. We circled in calm air for 40 minutes with the other planes and I listened to the control tower communicating with the pilots on channel 9 (United allows this, which is super cool). Unfortunately, I could hear the other pilots saying that they were running low on fuel and needed to divert to Colorado Springs soon enough, we were in the same boat. However, just as we were turning to head for Colorado Springs, the Denver airport opened and asked our UA814 pilot if we wanted to go to Denver. Uh … yeah! Fifteen minutes later, we were the second aircraft to land at DEN; it was a bit of a rough ride on the way down due to the high winds. You can bet everyone clapped (including me) when we touched down. FYI: I don’t have any pictures because on this particular 757, row 13, where I was seated, doesn’t have a window. Talk about bad luck.

Denver Airport
When we landed at 2:44pm, I didn’t think there was any chance for my 3:04pm flight to Aspen to be on time since the airport was closed so I didn’t rush. That turned into a BIG mistake because I missed the flight by a few minutes. The unsympathetic agent said that I (along with other passengers) were rebooked on the next flights out at 6:18pm and 8:12pm. I was on the former so the three-hour wait wasn’t looking that bad. Besides, my stomach needed a little time to settle down. One thing is for sure: If you’re going to have a long layover in an airport, Denver is a good choice. There are 140 shops and restaurants and some cool things to checkout. FlyDenver.com.

TIP: Beware of “Boulder” bottled water ($2.15). It tastes nasty so go with the other choice, Arrowhead.

DID YOU KNOW? Denver really is exactly one mile high above sea level. According to Denver.org, there is a step on the State Capitol Building that is exactly 5,280 feet.

Tornado Shelter at Denver Airport
I later heard that while we were circling above, an alarm went off in the airport followed by an announcement that a tornado warning had been issued. Everyone was asked to get into one of the designated tornado shelters (the bathrooms and stairwells). Not everyone complied.

The Latter B Gates at DEN
The latter B gates like the 80s and 90s in a remote terminal take the fun out of travel, especially when it’s crowded. Who designed this place? There’s nowhere to move and when everyone is huddled around the one departure board that blocks the path, tempers tend to flare. There are also just two places to get food: Starbucks and Heidi’s Brooklyn Deli.

The Stormy Night Sky Above DEN
When I noticed that my 6:18pm flight was delayed until 6:40pm, I knew I had made a mistake by not renting a car and driving the 218 miles (3.5 hours) to Aspen. In my experience, one delay leads to another and from there it’s a fool’s game. To make a long story short, they did indeed keep delaying the 6:18pm flight until it was finally canceled. The first thing I did when I saw the gate agent cross his arms into an “X”, was get on the phone with United reservations and jump in line to speak to the gate agent I was dealing with earlier. The hold time was far greater than my line and of course I was pleasant to the agent so she quickly put me on standby for the second to last flight out at 8:12pm. OBSERVATION: Those who weren’t nice were sent to customer service desk and that line was ridiculously long.

Other Options to Denver
I also got on Twitter and Facebook to send messages to friends for advice. Then I Googled “Denver to Aspen transportation.” It turns out there are two shuttles and they don’t run often. They are Colorado Mountain Express (970-926-9800) and Grayline (970-544-2057). Neither had anything leaving at night and Grayline requires a 24-hour advance booking unless they can accommodate you on an existing shuttle. Both cost around $100 one way. The other option was to take a six-hour Amtrak train from downtown Denver to Glenwood Springs, CO, 40 miles from Aspen. It leaves at 8:05am and arrives at 1:53pm but costs just $49. Other options.

Arrival In Aspen
Fellow passengers offered me a seat in their rental car but I decided to stick it out and roll the dice since it was dark and I didn’t really want to drive with strangers. My wait paid off as I was able to get on the delayed 8:12pm flight. Even when I was sitting in my seat, I wasn’t sure it was going to happen because after we pushed back from the gate, the pilot announced we were number 25 for takeoff which was about an hour wait. It was 9:30pm and if any more thunderstorms rolled in we wouldn’t be able to make it since the Aspen airport has a strict curfew of 11pm. We must’ve jumped the line because we took off within 30 minutes. TIP: In the summertime I recommend flying in and out of Aspen on the early flights as the later flights get delayed or canceled from thunderstorms and high winds, or so I’ve heard. I’ve also heard that if bad weather rolls in, United will switch the equipment from a comfortable CRJ700 jet to a prop plane.

A Welcome Sign
The 23-minute flight was surprisingly smooth and seeing the tops of the snowcapped Rocky Mountains through the bright light of the moon was magical. Walking into the airport the “Welcome to Aspen” sign was indeed a welcome relief! I never thought a 1,000-mile trip by plane would take over 10 hours door to door. AspenAirport.com.

St. Regis Aspen Bellman
One of the St. Regis’ young cool bellmen was waiting at baggage claim for arriving guests. There were just two of us headed to the hotel and the other had checked a bag. Shockingly, for a small airport, baggage took way too long – about 15 minutes. FYI: The ride to the hotel is complimentary and takes less than 10 minutes.

St. Regis Aspen Entrance
The St. Regis Aspen Resort is ideally located at the base of Aspen Mountain so the resort is within walking distance to all of Aspen’s shops and restaurants. The five-star hotel has 179 guestrooms on five floors. 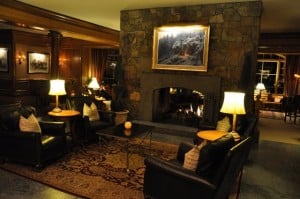 The lobby, with its rustic interior and roaring fireplace, evoked a welcoming, cozy feeling. Check-in didn’t take long and the receptionist offered me a bottle of water.

My Room
I loved the room’s decor and all its amenities: flat-screen TV, Bose Wave CD/Radio, homemade trail mix, bottle of water, a crystal glass full of dark chocolate squares, a working desk with easy-to-find office supplies, Wi-Fi Internet and a humidifier. The marble bathroom had double vanity sinks, a shower/tub, luxurious toiletries and soft towels and robes.

St. Regis Room Amenities
I didn’t sleep well both nights I was there. I found the room hot and stuffy even with the air conditioning on. This may have been due to the elevation but a local told me that they sleep with their windows open for the fresh mountain air and it works every time. Some other room complaints: the shower pressure wasn’t anything to rave about but they did heat the water using solar power. The windows were also dirty, which was a shame because the view, both during the day and at night, was mesmerizing. One of the three phones didn’t work and when I decided to take advantage of the free shoe shine service, the receptionist didn’t pick up the phone. I called at 11:30pm and let it ring at least 30 times before hanging up. I called back an hour later and it rang about 15 times before she finally picked up; not really acceptable for a five star hotel, don’t you agree?

Aspen Hike
On my first morning there, I met some cool PRSA attendees in the elevator at 6:30am. I had dressed just to go for a quick walk into town and take some photos but I couldn’t turn down their invitation to join them on a hike. Aspen is roughly 8,000 feet above sea level and home to over a dozen incredible hiking trails. They chose one of the most difficult – The Ute Trail. It turned out not to be that bad (about a mile-long aerobic workout that takes about 90 minutes round-trip) but it sure was beautiful. The green and white Aspen trees set in front of Colorado’s clear, clean blue sky was unforgettable. Helpful Aspen hiking trail websites: Trails.com and AspenChamber.org.

PRSA Travel & Tourism Conference
I was in Aspen to speak on a panel at the PRSA Travel & Tourism Conference (Twitter Hashtag #TravelPRSA). The panel I was on was entitled “Reaching Key Influencers Where They Live (Online)” and my fellow panelists were Rich Beattie, online executive editor, TravelAndLeisure.com; Chris Faust, blogger, writer, CAroundTheWorld.com; Kara Williams, freelance writer/editor, KaraSWilliams.com. I always get a lot out or attending PRSA so I highly recommend going next year in San Antonio. 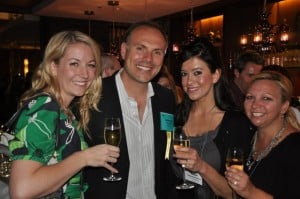 The closing party was at the new Viceroy Hotel located in Snowmass Village about a 15-minute, incredibly scenic drive away. Seeing the lush green and snow capped mountains made me feel like I was back in Switzerland. It’s truly spectacular and the Viceroy isn’t too shabby itself. I love that they have piles of fresh cherries in the lobby and who wouldn’t love the pool, heated year-round at a toasty 86 degrees, that is directly below the chairlift? The highlight, besides their fantastic desserts, was watching their sushi chef shred up the dance floor. Too funny. For more information, log on to ViceroyHotelsandResorts.com.

TIP: Local nightly rates can be as low as $95 a night. According to the GM, they don’t check IDs on who’s a local or not but that’s up to you. 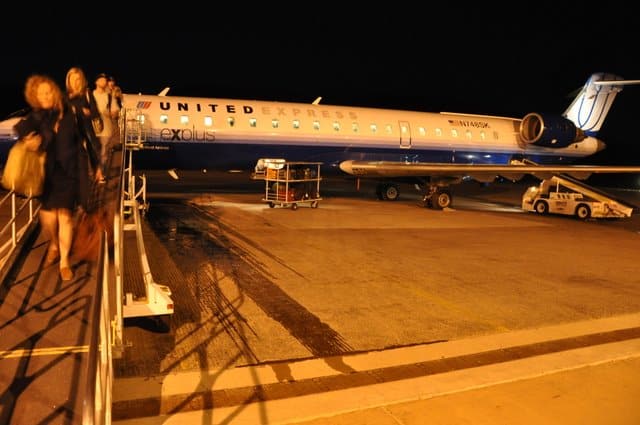 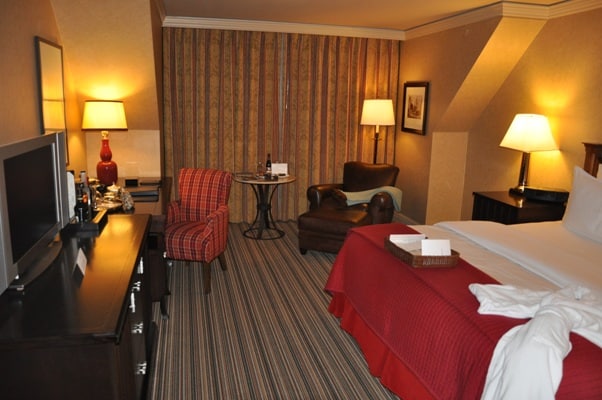 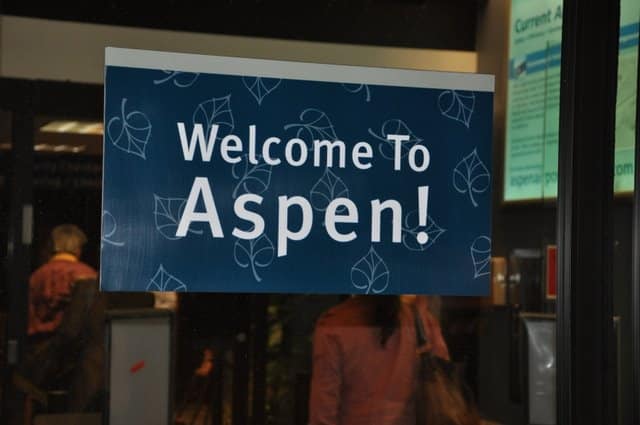 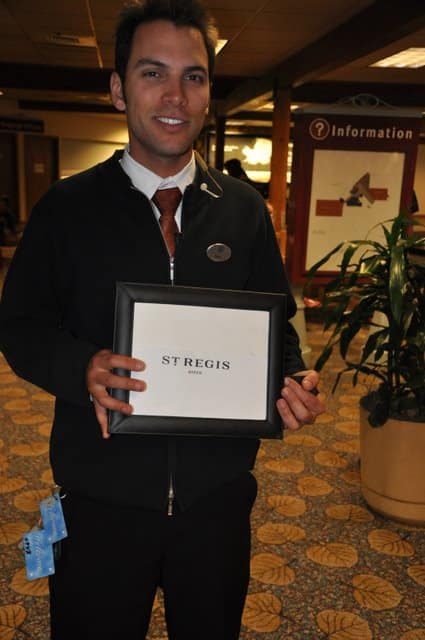 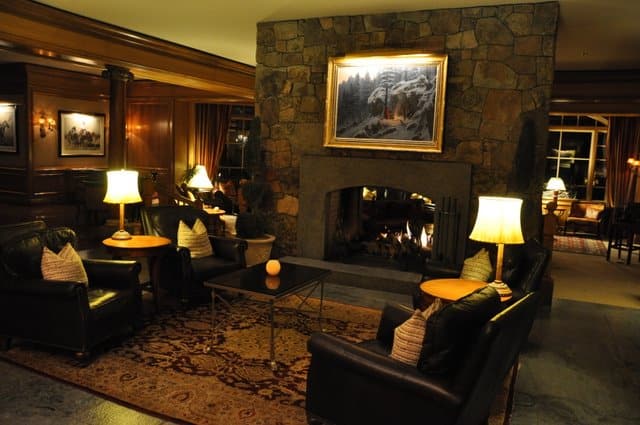 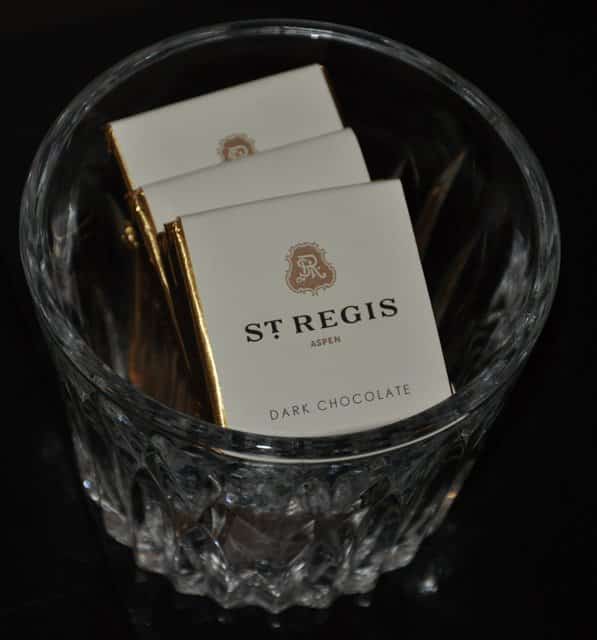 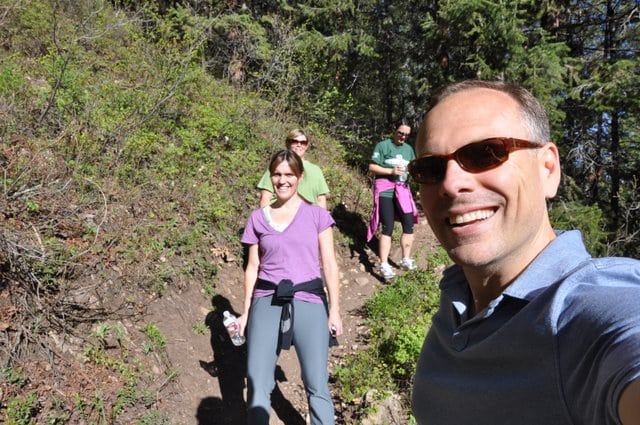 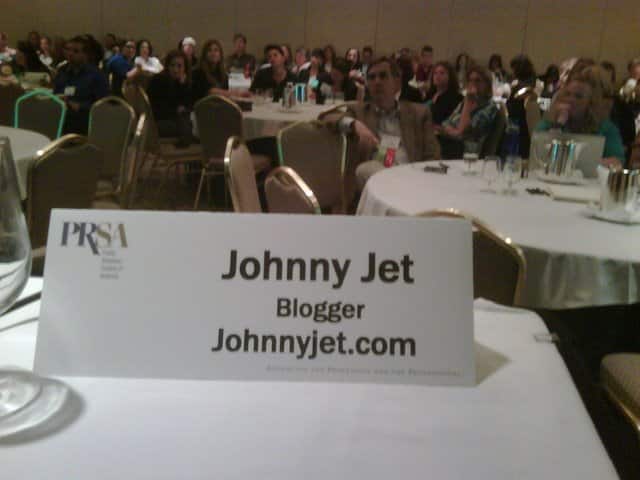 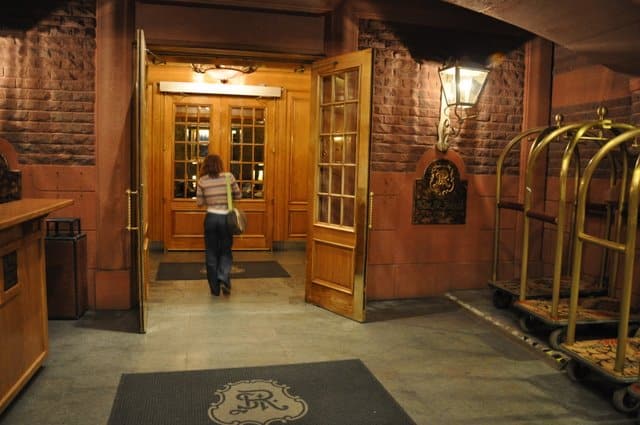 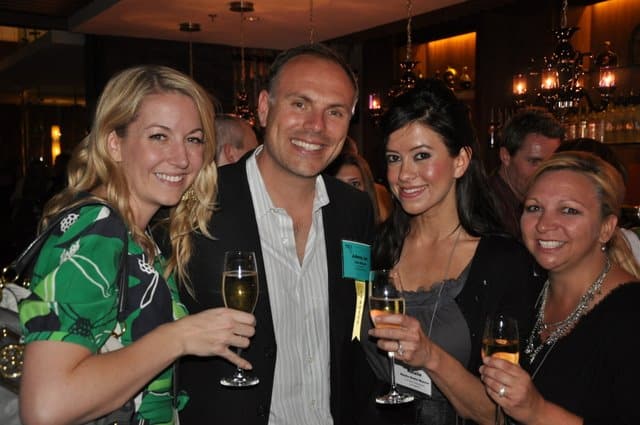 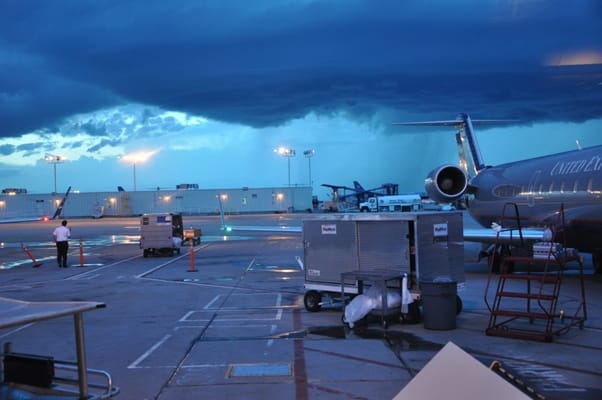 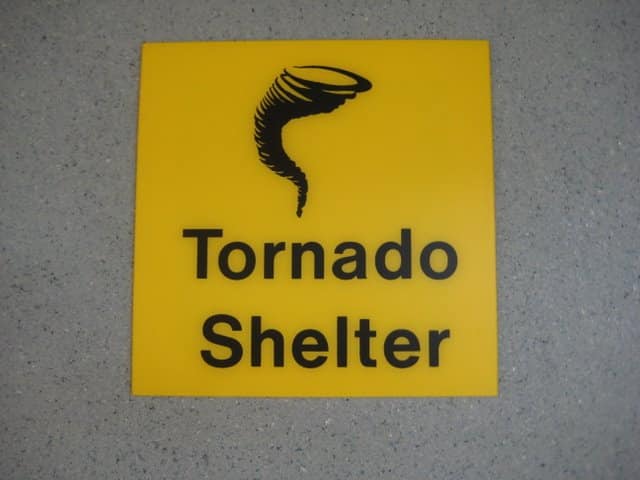 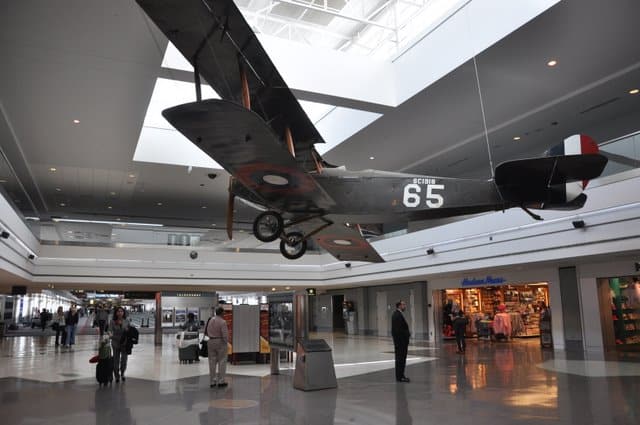 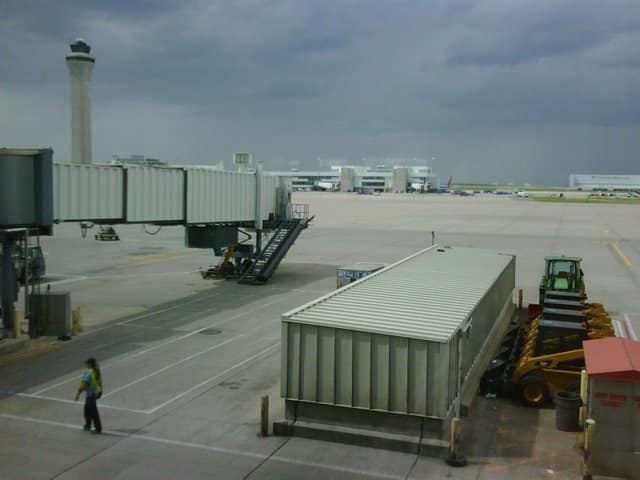