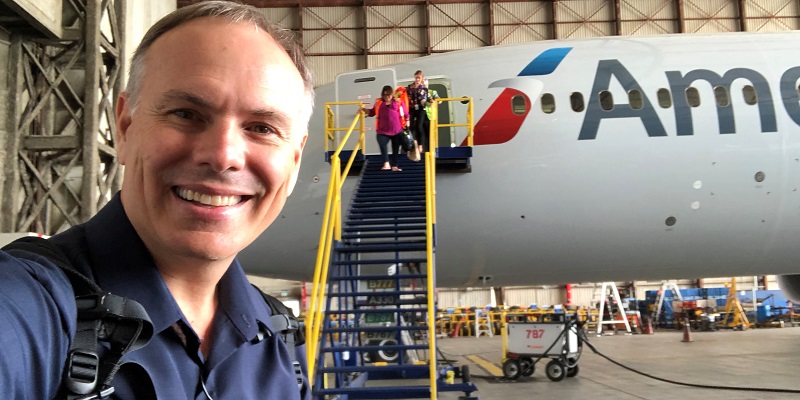 A few days ago American Airlines sent me an email with the subject line “John’s 2018 year in review.” I think they sent it to all of their elite members since my wife received one too and she is just Gold. My son didn’t get one as he’s just shy of elite status since we usually use miles for his tickets.

The email opened with, “It’s been said that so much of who we are is where we have been. We hope you’ve enjoyed where we’ve taken you this year and are grateful you’ve chosen to spend so much of your time with us in the skies. Here’s a 30,000-foot view of our time together this year:”

Then they broke down all of my flying on American Airlines and their OneWorld partners, which went like this:

The email closed with “It’s an honor to be your airline of choice. Together, the sky’s the limit in 2019.” And encouraged customers to share their travels on Twitter and Facebook using the hashtag #2018from30kfeet.

As Gary Leff pointed out that was a big mistake because the preprogrammed share included each users mileage number and email address so accounts could’ve been easily compromised. American quickly emailed customers that shared it and told them to delete the share and monitor their accounts.

FYI: A couple of months ago I didn’t think I was going to requalify for Executive Platinum status and I wrote a post about it. However, a few days later a client offered to fly me across country in First Class which put me over the top. Not sure I will make it next year since the spend has increased to $15,000 and AA has discontinued their LAX-YYZ nonstop which I fly frequently.

If you’re interested in seeing what other aviation travel bloggers American Airlines year in review then check out my colleagues:
–Gary Leff from View From The Wing
–Lucky for One Mile at a Time

Did you receive an email too? If you like fill out your info using the template below and post in your comments section with your current AA status for 2018 and 2019.