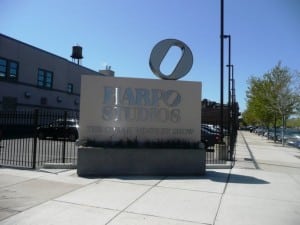 A chance opportunity to be an audience member on the “Oprah Winfrey Show” found me spending a few days in the Windy City recently.

I’ve been sworn to secrecy by the powers that be at “O” (we had to sign a waiver agreeing to refrain from sharing any part of our experience for publication purposes), so all I will say is it was a way-cool, once-in-a-lifetime opportunity.

The taping was on a Friday morning, so I extended my stay into the weekend to check out some of what Chicago had to offer. Boy was I impressed. It was my first time in Chicago, so I must say that I stuck to mostly the touristy offerings.

Elton John was one of the guests on the show. He was in town promoting the opening of the musical “Billy Elliot,” for which he co-wrote the score, and performing the night before the taping at the Sears Centre Arena in Hoffman Estates, a northwest suburb about 40 minutes outside of downtown Chicago. Actually, make that more like two-plus hours, thanks to heavy rush-hour traffic, which on this particular evening rivaled the commuter congestion on Los Angeles’ 405, New York City’s Deegan Expressway and Boston’s Southeast Expressway, to name a few.

I arrived early enough on Thursday to go to the concert. The four-year-old, 11,000-seat venue was a great setting for the performance. The acoustics were superb and the security staff was chill. Normally, as per EJ’s security powers-that-be edict, fans aren’t allowed to rush the stage until about two-thirds into the concert. Not this time: As he played the final chords of “Funeral for a Friend/Love Lies Bleeding,” his opening number, we made a collective surge to the front and were given free rein to stay there for the entire two-and-a-half hour performance. Good times!

So back to Chicago … I had done my homework, which included picking up a AAA guidebook, map, etc., and realized that with all Chicago had to offer and my limited time frame, I was going to miss out on some great experiences. One of the main topics people mention when talking about Chicago is the architecture. There were numerous architectural tours including those by foot, bus and boat, but, due to time constraints, I didn’t take any of them. I’m not very well versed in all-things-architecture, but from a layman’s perspective, downtown Chicago is very impressive. My next trip to Chicago will definitely include insights into the city’s architectural history.

I decided to hit some of the more popular destinations: Navy Pier, Millennium Park/Contemporary Art Museum, the Willis Tower, and the Adler Planetarium.

Navy Pier reminds me of South Street Seaport in lower Manhattan. The entertainment complex along Lake Michigan is a popular destination for locals and tourists alike, with numerous restaurants, shops, amusement rides (including a 150-foot-high Ferris wheel), and even the awesome Aeroballoon, a 17-passenger, helium-filled balloon that floats 35 stories in the air, offering great 360-degree panoramic views of downtown Chicago and the expansive, sparkling lake. 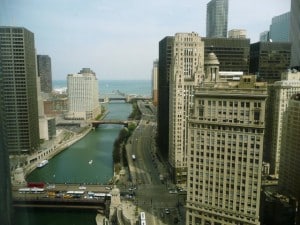 Speaking of views, don’t miss out on visiting the Willis Tower (often referred to by its old name, the Sears Tower) – the tallest building in the western hemisphere. You can get a birds-eye view of the city – and beyond – from the 103-story Skydeck. On a clear day, visitors can see four states – Illinois, Indiana, Wisconsin and Michigan – from the observation center. For the brave at heart, venture out onto the Ledge – glass boxes (yes, including glass floors) that extend 4.3 feet from the skyscraper. The Skydeck also offers interactive and educational exhibits that highlight not only the iconic landmark, but also celebrate Chicago’s sports, architecture, pop culture, food, music and people.

Millennium Park has won numerous awards for its design and upkeep. It’s a beautiful and safe place to spend hours leisurely strolling along, taking in the sights and sounds. Musicians can be found busking, artists painting, and tourists positioning themselves for photos in front of the mammoth stainless-steel Cloud Gate sculpture, known by Chicagoans as “The Bean.” A must-see is The Crown Fountain, where children frolic on hot days. The fountain, located in the southwest corner of the park, consists of two 50-foot glass block towers at each end of a shallow reflecting pool. The towers project images of a variety of Chicagoans’ faces, giving the illusion that water is spouting from their mouths.

I couldn’t get to all of the museums, but I did have the opportunity to spend some time at the Art Institute of Chicago, where a Matisse exhibit drew art lovers from near and far. The open, modern facility houses everything from ancient Chinese bronzes to contemporary paintings, Rembrandt to the French Impressionists, and textiles to African sculpture. Don’t miss the new modern wing, designed by Italian architect Renzo Piano and opened in May 2009. It includes a “flying carpet,” a sunscreen that hovers above the roof, and a 620-foot steel bridge connecting Millennium Park to a sculpture terrace that leads into a restaurant on the addition’s third floor.

The Adler Planetarium, located off picturesque South Lake Shore Drive, is America’s first planetarium. It is home to three full-size theaters, extensive space science exhibitions, and one of the most heralded antique astronomical instrument collections on display. Hands-on exploration is encouraged of visitors of all ages. Along with the many daily activities at the Adler, special events like shuttle launch viewings, lectures by space science experts, and anniversary celebrations for historic missions are often held.

After much walking around this beautiful and easily navigable city (I loved the waterways and bridges), I decided to take a bus tour. There were several from which to choose, but I opted to go on the Chicago Film Tour. Good choice! For two hours, I was ferried around on a comfortable bus with an entertaining and knowledgeable guide who, in addition to talking about movie-making lore, threw in lots of historical tidbits along the way. Particularly intriguing was the fact that we watched movie clips on drop-down screens that depicted places we were actually passing. “Ferris Bueller’s Day Off,” “The Dark Knight,” “Nothing in Common,” “Road to Perdition,” “About Last Night,” “The Sting,” “The Fugitive” and “The Blues Brothers” were just some of the movies filmed in part or in total in Chicago. The tour also covers a lot of ground, passing such sights as Union Station and the historic Wrigley Field. 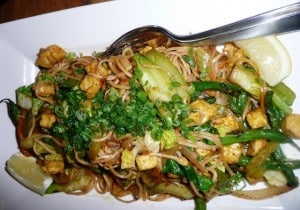 Food and lodging options in Chicago are plentiful. I had some great meals – including one scrumptious dinner at Sunda, which serves new Asian cuisine and is apparently one of the “in” restaurants in the city (definitely make reservations or you’re going to be waiting for hours – especially on Friday and Saturday nights). While some trendy restaurants rely on their reputation and don’t put much effort into their service or fare, that is hardly the case with Sunday. Our server was attentive, patient (I can be indecisive at times) and professional, and the food was out of this world. The ambiance was warm and inviting, with dim lighting and tasteful decor by award-winning restaurant and hotel designer Tony Chi. The bar area was packed, as was the sushi bar across from the main dining room, where tables for smaller parties were blended with family-style communal tables. The food is artfully prepared under the direction of executive chef Rodelio Aglibot, “the food buddha,” who isn’t shy about experimenting and packing his offerings with a flavorful punch.

A friend and I ordered the wok fried shishito peppers and the indo corn fritters as appetizers. Both were delicious and we were full before our entrees arrived. My tofu lo mein was flavorful and light, but I only had a bit, as I was determined to save room for the Sunda’s signature dessert, “Ridiculous.” And yes, it was ridiculous – as in ridiculously good. It’s a fusion of tempura vanilla ice cream wrapped in a ginger carrot cake and covered with caramel, walnuts and whipped crème cheese. Need I say more?

Even though I was so full I could hardly move, the night was still young, so my friend and I headed over to Second City, the renowned comedy and improvisation club that launched the careers of several of the most popular comedians of our time, from Tina Fey to the late John Belushi.

There are two shows on Friday and Saturday nights. Tickets cost $27 for Main Stage performances and are often sold out well before show time, so get your tickets early. I didn’t call about tickets until the day of the performance, and even though both shows were sold out, I was put on a stand-by list and did end up getting into the late show, which began at 11 p.m. The performance, a mix of comedy sketches and songs (filled with lots of political satire), followed by audience-inspired improvisational skits, was hysterical. Word to the wise: Get to the theater early, as seating is tight. My friend and I were crammed in the back of the room, which is set up with tables and chairs, and had no choice but to become extremely chummy with our elbow-to-elbow neighbors.

After a fair amount of research, I decided to stay at the new Trump International Hotel and Tower on North Wabash Avenue. I’ve stayed at other Trump properties and have always been more than pleased with my accommodations, so that, plus the fact that the location seemed ideal, helped cement my decision. I was spot on. Poised along the Chicago River at the juncture of the Loop and North Michigan Avenue, the 92-story condominium residences offer all of the amenities one could want, from 24-hour concierge service to a spa, fitness center and pool, and the signature restaurant, Sixteen. Located on the 16th floor with a large outdoor terrace overlooking the river, it is a must for Sunday brunch, where making a list of what isn’t offered would be easier than making a list of what is.

The rooms are spacious and, in keeping with the Trump brand, all have top-of-the-line appliances, furniture, etc. The floor-to-ceiling windows range from 10- to 16-feet high, the bathrooms – with in-mirror television portals – all have oversize whirlpool tubs, separate showers, and tons of closet space. All units have full kitchens, 42-inch flat-screen TVs, and DVD and CD players. The beds are almost too comfortable. Needless to say, the next time I’m in Chicago, I will be staying at the Trump International Hotel and Tower. 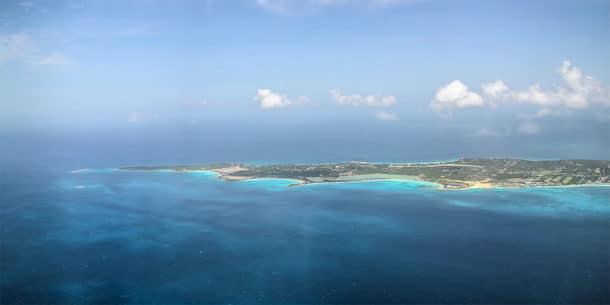 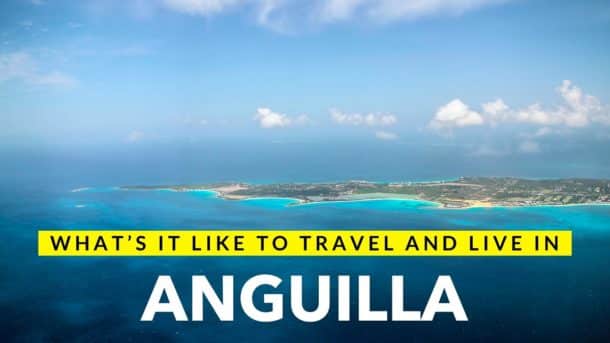 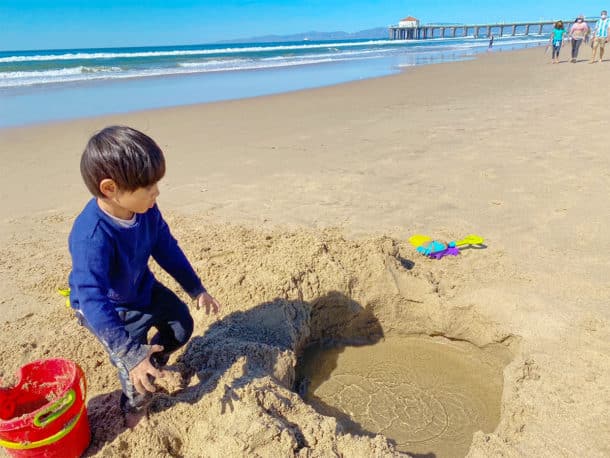 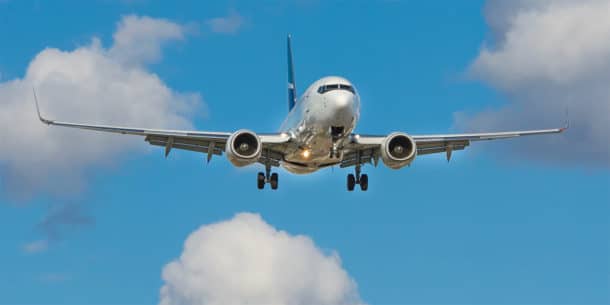