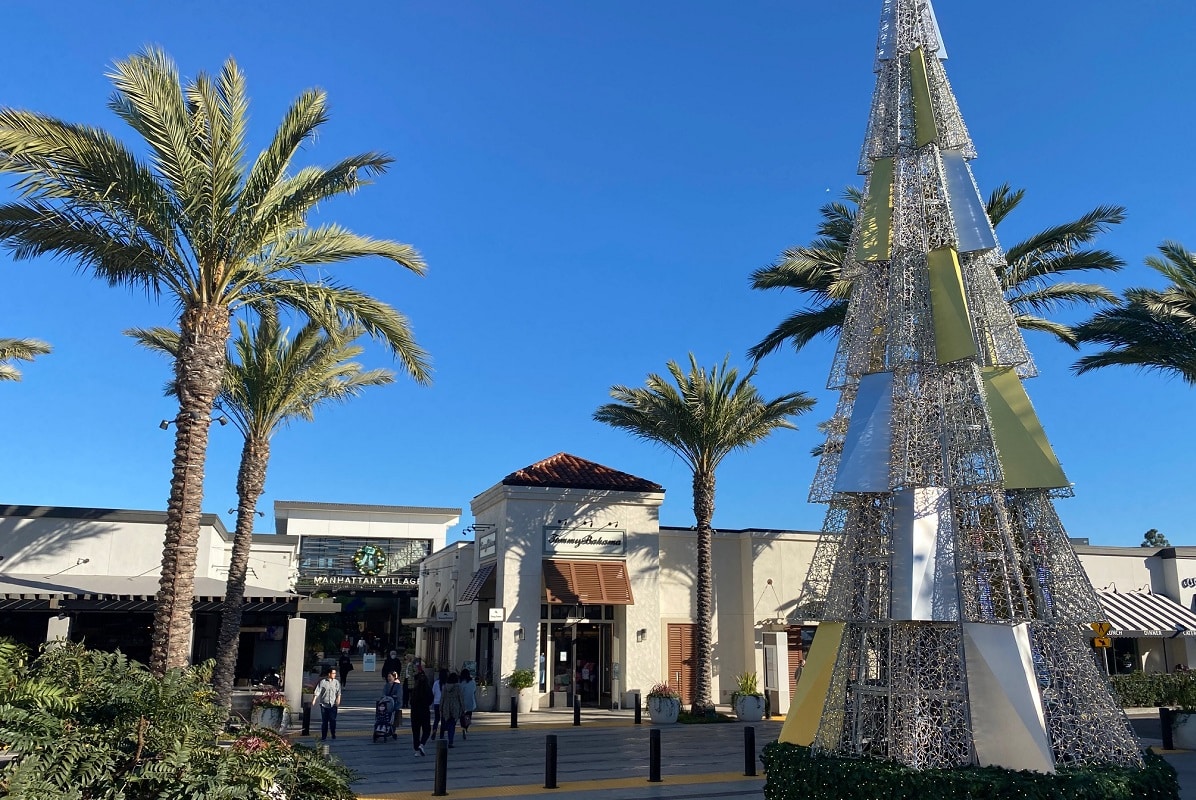 Earlier today, around 2:30pm, I took my kids to the quad area of Manhattan Village in Manhattan Beach to run around while my wife was at a doctor’s appointment nearby. It was a beautiful day and as I was admiring the warm southern California climate and blue skies, I saw a helicopter circling rapidly above. It is L.A. so at first glance, I thought they were filming something but when I got a closer look, it looked like it was the Sheriff’s helicopter but without the words SHERIFF written across like it used to have. Turns out it was the Hawthorne Police Department.

I still didn’t think much of it until I heard police sirens and saw at least four cop cars fly up and block the entrance/exit nearest us. I told an older couple, who I’m guessing were from England and watching their granddaughter, that something was going down. I thought that it was probably a smash and grab robbery at the mall since that’s the new trend but when I saw two security guards walking towards us, I asked what was going on.

I called my wife and she said to come to the doctor’s office right now. I picked up my daughter and dragged my five-year-old, who wanted to keep playing with his new friend. Along the way, I warned over a dozen people who were about to walk into the mall. All of them turned right around to leave but one older woman kept going to Macy’s. She reminded me of Randall the honey badger … she really didn’t give a sh*t and nothing was going to stop her from returning the package in her hand.

When we arrived to the doctor’s office, one of the office workers quickly opened the door for us and locked it behind us after we entered. My wife was relieved to see us and we hung out in the vacant lobby for 20 minutes. I searched Twitter and the local news channel to try and find out what was going on but nada. I tweeted what was up to give any locals a head up, which I later saw made a story on Patch. It was also listed on the neighborhood website/app NextDoor.

No one knew what was going on and since I didn’t hear the helicopter anymore and no one was answering the phones at the mall, I decided to venture out. If I had been there 20 minutes earlier, I wouldn’t have known anything shady had taken place since it was business as usual.

I asked multiple passersby and security guards about the incident. One security guard said it was a fight at the Olive Garden, while another said it was a misunderstanding. By the time I got to my car, I realized it was indeed safe and instead of running home, we hung out and let the kids play as planned.

While we were there, we ran into a friend who was eating at California Pizza Kitchen (CPK), which is closest to the entrance and he said it was pretty gnarly at first. He said at least eight cops showed up with long guns drawn. He later asked one of the cops if he should be worried and the cop said no, it was an erroneous report.

Here’s the official statement from the MBPD:
“MBPD responded to the Manhattan Village Mall after receiving a second hand report of an active shooter. It was determined this was an erroneous report. Manhattan Beach remains safe and secure.”

What did I learn from this scary experience? A few things:
1. Have a plan. Look for escape routes, exits and have a meeting point in case something goes down.
2. Don’t trust private security personnel as they’re not trained like police officers. I always think back to 9/11 when office workers in tower two were told to stay put.
3. In America, sadly, active shootings can happen anywhere and anytime including in the most-affluent neighborhoods so don’t let your guard down.
4. The Manhattan Beach police doesn’t mess around and when they show up, they show up. And they weren’t alone. They were joined by multiple PD departments including Hawthorne and El Segundo. Bravo for their fast responses.