Move Over SeatGuru: There’s a New Sheriff In Town When It Comes to Seating Charts

One would think that when TripAdvisor and their deep pockets bought SeatGuru years ago that the go-to site for finding the best seats on a plane would’ve become even better. But sadly, TripAdvisor kind of neglected it.

Though I’ve recommended SeatGuru in the past to travelers who asked me how to find the best seats on a plane, I’m now going to direct them to a seating chart site for a second opinion.

Related: 7 Hacks For Getting the Best Coach Seat on a Plane

Gary Leff from View from the Wing just turned me on to aeroLOPA. As Gary notes: “A ‘LOPA’ is a Layout of Passenger Accommodations. It doesn’t just show seats. It’s a detailed schematic of the passenger cabin that’s drawn to scale. You will see details of how each seat is angled. You will see the bulkheads and bassinet placement. You will see which lavatories are larger or handicap accessible. You’ll even see where windows are located relative to seats – no more picking seats where the windows are misaligned and you can’t see out easily.”

According to the site’s About Us page: “aeroLOPA was born in 2021 out of an obsession of aircraft seating charts spanning over twenty years, originally inspired by the beautifully crafted diagrams published by many of the North American carriers in the 1980/90s. With the transition to digital publishing, airlines now tend to display only the most rudimentary amount of information, often highly abstract in presentation. Our goal is to provide you accurate aircraft seating plans that flesh out the detail, the nuances, and unique conditions so you are better informed when it comes to selecting seats on your next flight on American Airlines, British Airways, Finnair, or Iberia.”

It looks like they need to update their page because they now have over 40 airlines and a range of aircraft types. 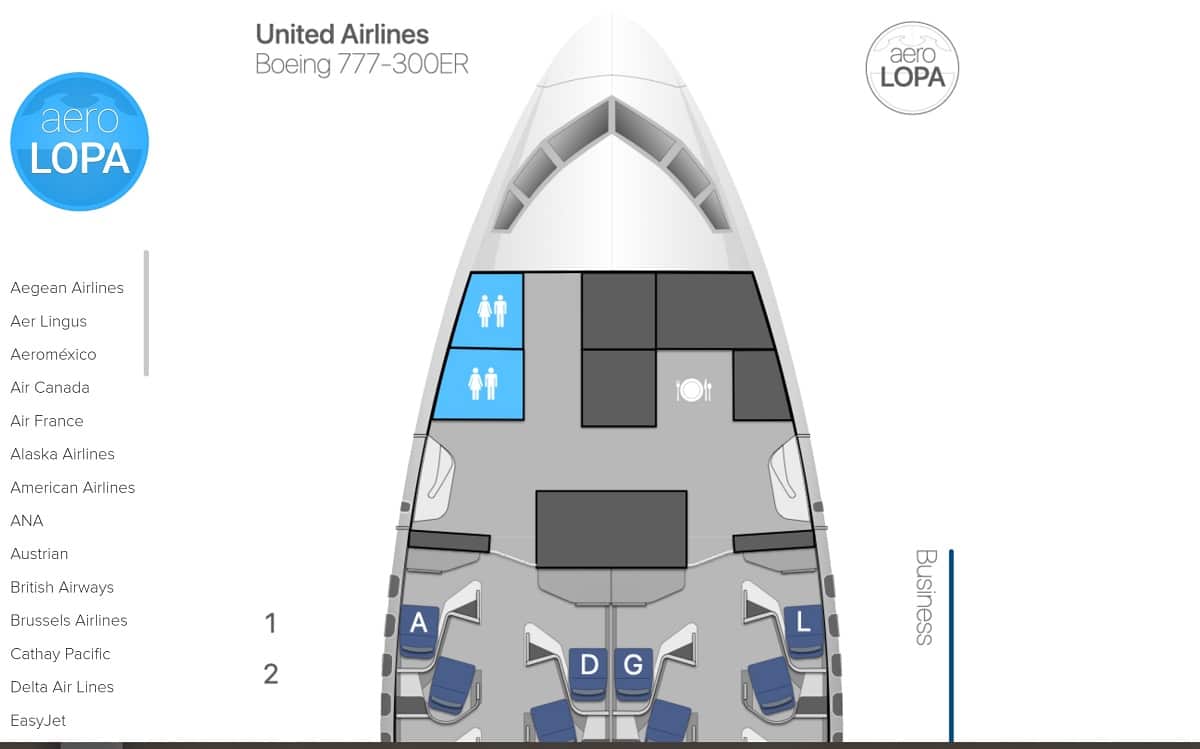 When I was flying United Airlines this past spring, I purchased ridiculously cheap business class tickets on their 777-300 (here’s my trip report). Since I wasn’t familiar with United’s Polaris or their 777, I looked all over the web, including on YouTube to find the best row for my family since I wanted to be the furthest away from people but still be close to each other. It was a chore. However, if I’d known about aeroLOPA (screenshot above), it wouldn’t have been, which is why I’m sharing it with you today. I hope you like it as much as I do.

aeroLOPA is new so they have a lot of adding to do and they don’t have all the useful information that SeatGuru (screenshot above) has like if there’s electrical outlets or which seats are near the exit rows. However, their charts are a lot more visually appealing. If you use SeatGuru and aeroLOPA you will be sure to find the best seat for your flight.

9 Comments On "Move Over SeatGuru: There’s a New Sheriff In Town When It Comes to Seating Charts"