My April 2013 in Airport Codes 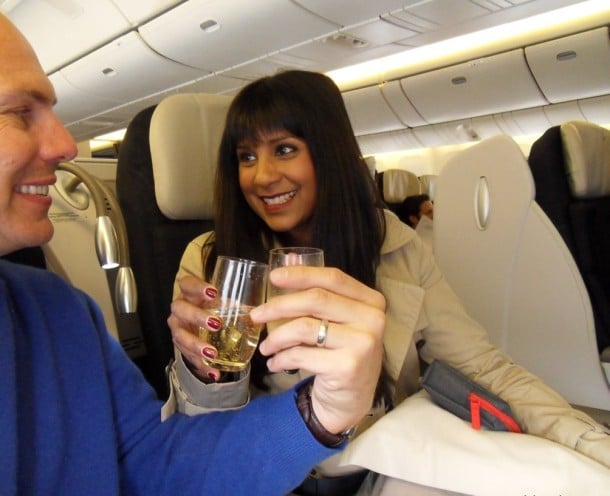 Can you believe it’s already May?! April flew by for me and I’m pretty sure it’s because I traveled a lot and visited some pretty incredible places. I began the month by flying from Palm Beach, Florida to Las Vegas to take part in an M life press trip. One of the highlights, besides attending the Michael Jordan Celebrity Golf Tournament, was spending three nights at the Aria, which is one of the most technologically advanced hotels in the world — it was also the scene of one of the most risqué pool parties I’ve ever been to (photos here).

From there, I went home to L.A. for a week before heading to The Canada Media Marketplace in New York City. The Canucks always do an amazing job and I won the Northern Lights Award for Hot Spots 2012 for my feature on Toronto. BTW: They put us up at the Waldorf Astoria and checking in, I spotted Captain Sully.

After New York, I popped down to south Florida for the opening of the new villas at the Delray Beach Marriott and to see my dad and sister. I was only there for two nights before heading to Toronto so I could fly with my wife to Monaco.  Although we flew coach on Air France we were treated like royalty (we flew business back). We even got transported from the Nice Airport to Monte Carlo via helicopter. One of the highlights there was having three meals  in three countries in one day! Then Natalie and I spent three romantic nights in Paris. Two nights at Hotel Verneuil in Saint Germain and one night at the Four Seasons Hotel George V! Stay tuned to read more about these hotels.

We flew back to Toronto on Air France in style (photo above) and had a great home cooked meal by Natalie’s mom before flying back to L.A. so I could give a speech yesterday at the THIA conference.

How about you? Did you have a busy April? Please share your airport codes in the comment section below.