My Somewhat Freakish Travel Habit Might Just Save Your Life 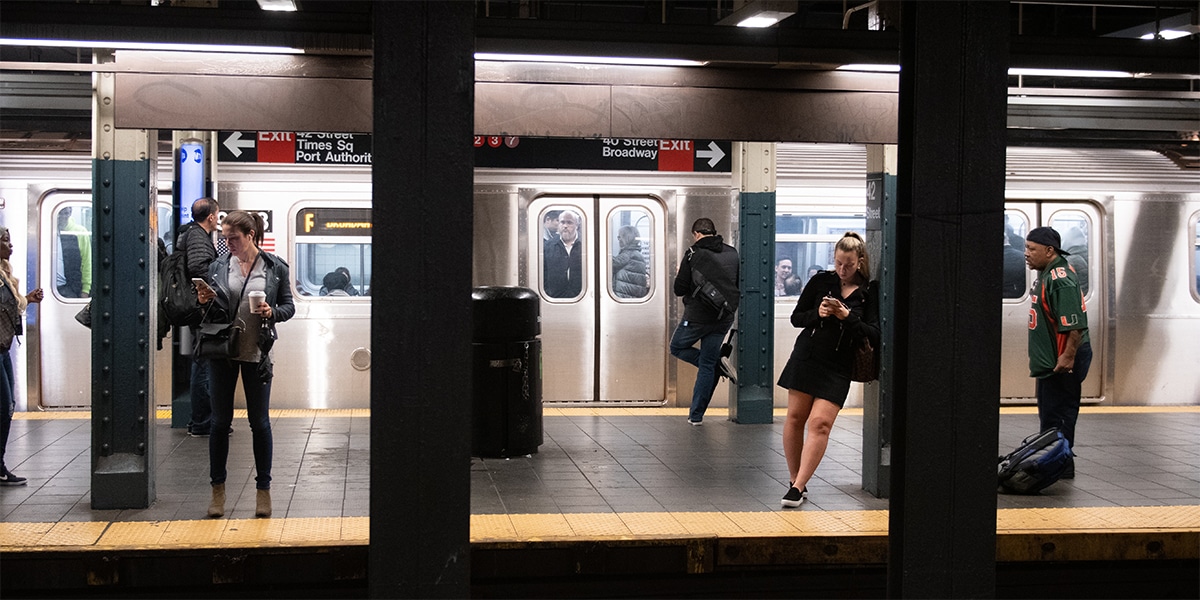 In a disturbing surveillance video captured at the 14th Street (Union Square) subway station in New York City on Thursday, a 24-year-old man is seen pushing an innocent 40-year-old woman onto the tracks, just as a train approaches. Miraculously, she survived with minor injuries because she fell between the tracks and not on top of them. What an absolutely terrifying thing to have happen to you. I was horrified when I saw it happen and thought it was such a crazy freak incident. Then yesterday, I saw another news report of the exact same thing happening to a man, again in New York City. A little research and I discovered that three people have been pushed onto the New York City subway tracks in the past week. Insane.

For as long as I can remember, I have made a point of never standing close to the tracks if anyone is nearby, no matter where I am in the world. And just to be clear, I’ve taken the NYC subway hundreds of times and many trains around the world. But I’ve never seen anything like this in my life. You probably have a better chance of getting hit by lightning than having this happen to you … but why take a chance? That’s why I always stand in the middle of the platform, behind a post or close to a wall until the train arrives. Plus, not crowding around the edge of the platform also gives room to the passengers trying to get off.

On a related note regarding freak accidents, I also don’t take a chance when I’m waiting at a crosswalk to cross the street. Many years ago, my next door neighbor’s 14-year-old daughter was killed by a tour bus’ oversized side mirror while on a school trip to Paris because she was too close to the curb. The bus was making a right turn and she was on the edge of the sidewalk. Ever since that terrible accident, I’ve made it a point to always stand well back from the end of the sidewalk. In fact, I’m almost always behind a street lamp pole, just in case a vehicle loses control.

I know standing behind subway posts and street lamps on the street might sound totally crazy but sometimes we all need to be a little more aware of our surroundings because accidents and freakish things do happen. And hopefully these tips help to keep you and those you love safe.