Copacabana Palace — Rio De Janeiro, Brazil
The most prestigious hotel in South America is the Copacabana Palace. It was built in 1923 and practically every celebrity (Tom Cruise checked in just after we checked out) or dignitary who has visited Rio has stayed here. Here’s my trip report.

JW Marriott — Guanacaste, Costa Rica
I didn’t know what to expect because many times, hotel websites don’t really reflect the actual hotel but this oceanfront resort is stunning with an authentic and luxurious Costa Rican feel. It’s huge too: 310 guest rooms. This place was built not only with leisure travelers in mind but also with an emphasis on hosting meetings and conventions. I know what you’re thinking: bad timing thanks to the economy and the AIG effect. But the facilities really are amazing. Here’s my trip report.

Pacific Resort — Aitutaki, Cook Islands
One of the front desks receptionists picked our small posse up at the airport and made the transfer seem seamless. The resort is a member of Small Luxury Hotels of the World and it has just 27 beachfront bungalows, suites and villas – all complete with stunning ocean views. The hotel has won a number of awards and their latest honor is making TripAdvisor’s 2009 Traveler’s Choice Awards list for ‘Best Luxury Hotel in the World’. Here’s my trip report.

Montelucia Resort — Phoenix, Arizona
The $325 million Montelucia Resort features 293 guest rooms and suites. It’s set in the foothills of Camelback Mountain in Paradise Valley and their good service began the moment my taxi rolled up when a bellman opened my door and welcomed me to the resort. I walked through the archway and into the main square, which felt like a town in the Mediterranean. Here’s my trip report.

Willard Hotel — Washington D.C.
The Willard InterContinental is located on Pennsylvania Avenue in the heart of the nation’s capital. It’s the second closest hotel to the White House, which is just three blocks away. The hotel is basically an American institution and is full of history. The old Willard opened in 1850 and President Lincoln stayed there the night of his inauguration. Here’s my trip report.

Aruba Marriott
From the outside of the Aruba Marriott Resort & Stellaris Casino, it doesn’t look like anything to write home about. The u-shaped building (to block the trade winds) dates back to 1990 when it was a condo complex until Marriott took it over in 1995. But just last year, Marriott completed a $50 million renovation, which makes this eight-floor, 411-room hotel special. Here’s my trip report.

The Tutwiler — Birmingham, AL
I stayed at one of the city’s top and most historic hotels: The Tutwiler. It’s located in the financial district across the street from the city’s civic park. The Tutwiler recently became a Hampton Inn, part of the Hilton family. And in April 2007, the hotel completed a $9 million total preservation that included new interiors, finishes, and furnishings. When I walked in, I couldn’t believe this place was a Hampton Inn. This place was awesome and what a value. My room was huge, had a 32″ flat screen HDTV with 75+ channels of cable television, free Internet and the heat and air conditioning worked well. There was a lap table to work in bed (I loved that!), a microwave, a CD/DVD player, free breakfast, and free cookies in the lobby (the baggie comes with one chocolate chip and one oatmeal raisin). What else could you ask for? Here’s my trip report. 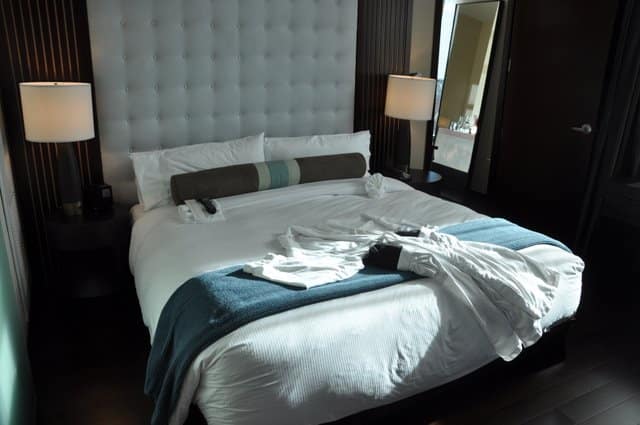 David Inter-Continental Hotel — Tel Aviv, Israel
We checked into the newly- renovated (2008) David Inter-Continental Hotel which has 20 stories and 555 guest rooms. Just to enter the hotel’s driveway guests have to be cleared by a security guard and have their trunk checked. There’s another checkpoint to enter, like all Israeli hotels. Once inside, the lobby had a typical international feel, but with low ceilings and tons of flight crew. Here’s my trip report.

Se Hotel — San Diego, CA
The Se is located on 5th street and five long city blocks from the convention center. Se opened in December 2008 and was supposed to be called the Setai but they realized they had such a good product they didn’t need to be associated with the Miami hotel. So they created their own brand. From the moment you walk through the huge, funky front door, you realize you are in for a design treat. Here’s my trip report.

Four Seasons — Sydney, Australia
I was in Australia for work and was put up at the Four Seasons Sydney, which is becoming like a home away from home. It’s amazing — their doorman Thomas remembers not only me but my sister Georgette and inquires about her by her last name (she was with me on my first stay in 2005 and this was my third). The hotel is ideally located. It’s within walking distance to everything but a beach. It sits a block inland from the magnificent Sydney Harbour, providing easy access to Circular Quay, where the ferries and train depart. The Historic Rocks is 100 feet away, the shopping arcades are four blocks away and the world-famous Sydney Opera House is just a 10-minute walk; you never, not once, lose sight of it. Here’s my trip report.

The Breakers — Palm Beach, FL
The Breakers is a luxurious Renaissance-style oceanfront hotel that’s so unbelievable that it’s listed on the National Register of Historic Places for its architecture and engineering significance. It is almost impossible to walk through The Breakers lobby and not say “wow” or have your jaw drop. Mine does every time. Here’s my trip report. 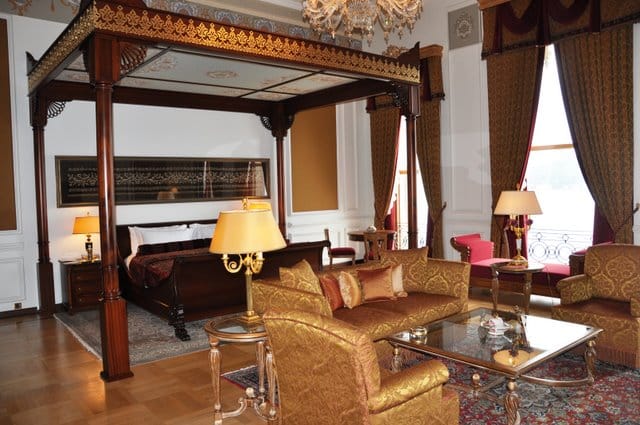 Ciragan Palace Kempinski Hotel – Istanbul, Turkey
On the plane ride over, I read in my Frommer’s Turkey guidebook and in a Conde Nast Traveler article that The Çiragan Palace Kempinski Hotel is one of, if not the, nicest places to stay in Istanbul. What makes it so special, besides its long history, service, and amenities, is its location. It’s the only hotel located directly on the European shores of the Bosphorus. Here’s my trip report.

Athenaeum InterContinental – Athens, Greece
he Athenaeum InterContinental Athens hotel has 543 guest rooms and they’re supposedly the most spacious in all of Athens. All rooms are built solid (so you don’t hear the neighbors), come fully equipped with high-speed Internet access (19 euro a day), 32” flat-screen TVs, and stylish interior features like the specially commissioned works of modern Greek art adorning the leather-clad walls. Here’s my trip report.

The Athenaeum – London, England
The Athenaeum has a long history but the Cliff Notes version is that it was built in the Victorian era during 1849-50 and was noted by Charles Dickens for its extravagant interior. The ‘Athenaeum’ name was first used 15 years later (1864) when the house was bought by the Junior Athenaeum Club as the ideal spot for entertaining MPs, Lords, and the great and good of London. Since the 1990s, The Athenaeum has been family-run and the key to its success is its Englishness: discreet, personal, friendly, interesting, lavish, quirky, down-to-earth, and just plain brilliant. Here’s my trip report.

Renaissance Paris Arc de Triomphe Hotel — France
The latest Renaissance in Paris just opened in May 2009 and is located few steps away from the Arc de Triomphe and the Champs-Elysées Avenue. The hotel is designed by Christian de Portzamparc who creates a breathtaking impression with contemporary designs. The upscale hotel rooms and suites are the most spacious and are tastefully decorated, with the latest in-room technology. Here’s the hotel website. 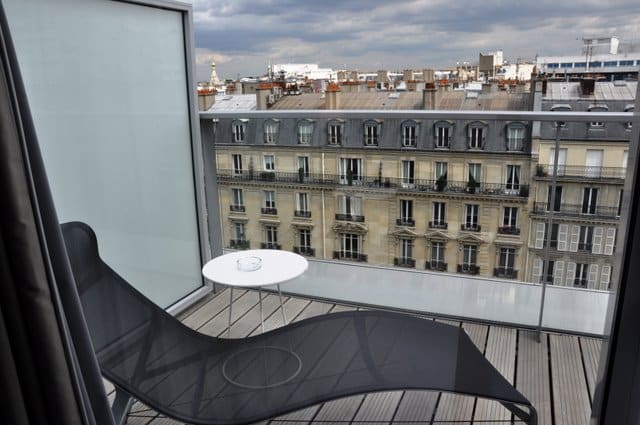 The Ritz-Carlton — Kapalua, Hawaii
The Ritz-Carlton, Kapalua Maui hotel resort recently completed an extensive $180 million transformation. It’s nestled among the lush foliage of rolling hills and a beautiful beachfront, in the midst of a century-old pineapple plantation. Here’s the hotel website. 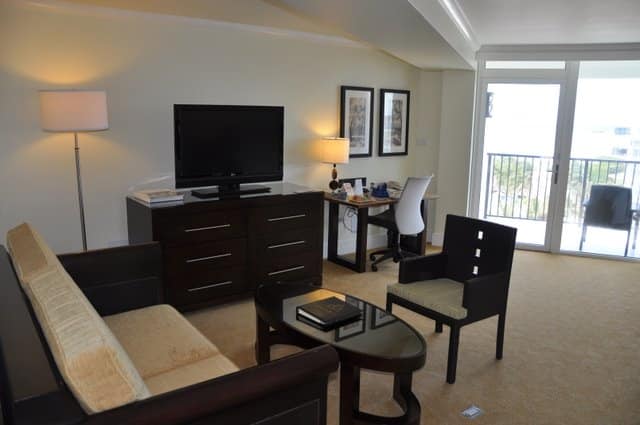 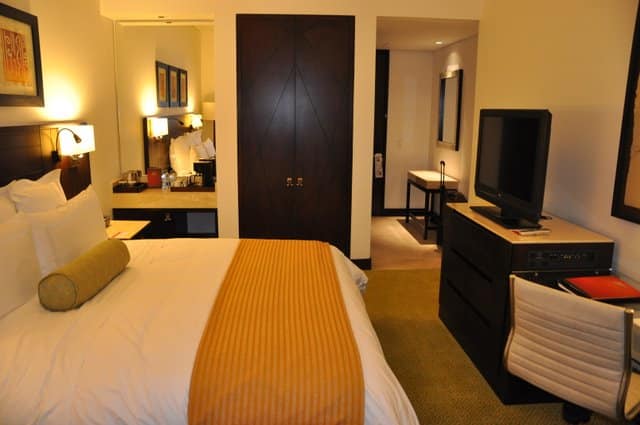 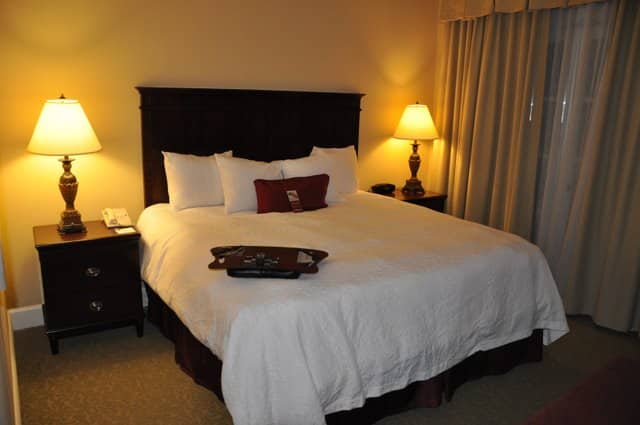 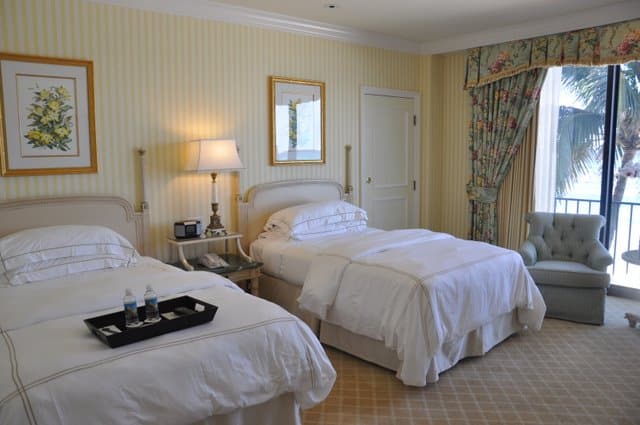 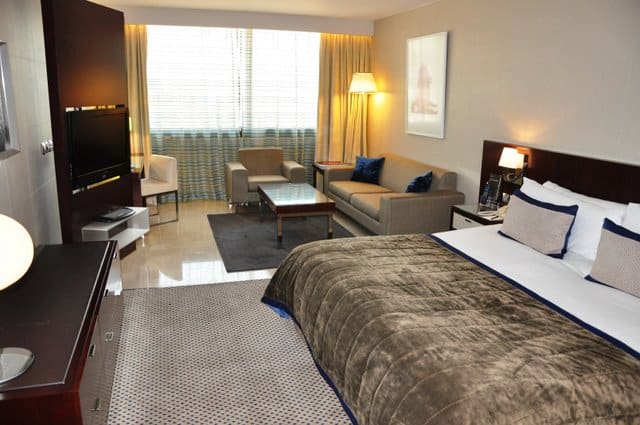 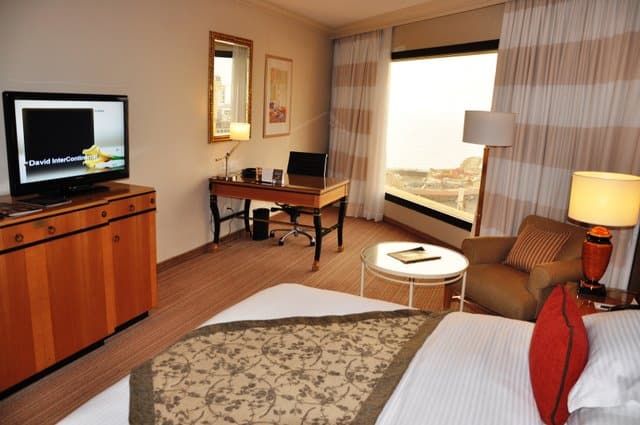 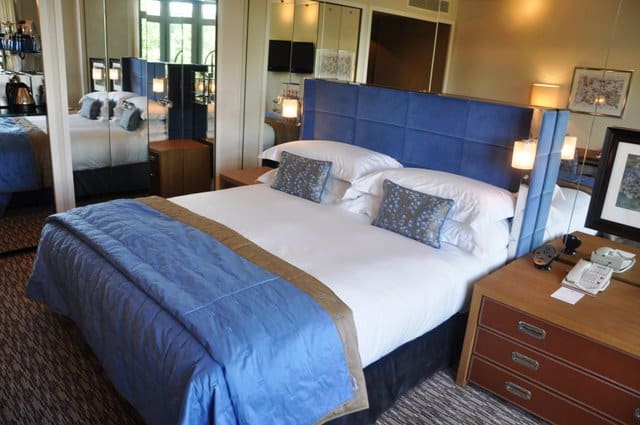 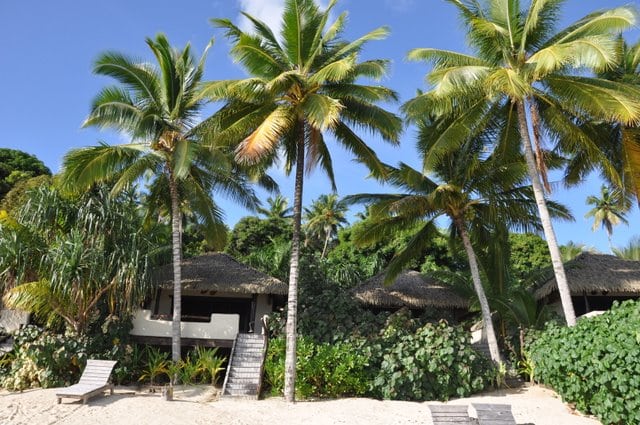 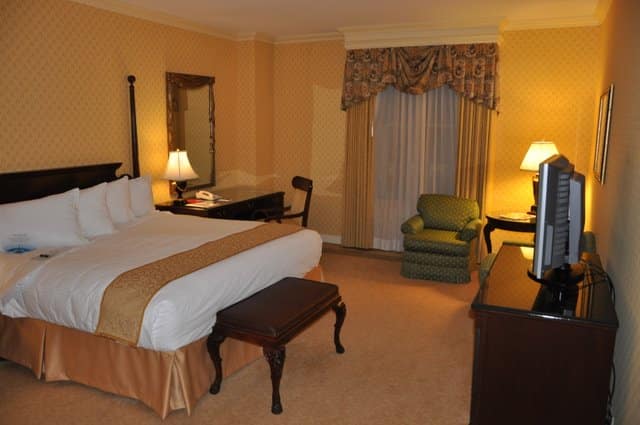 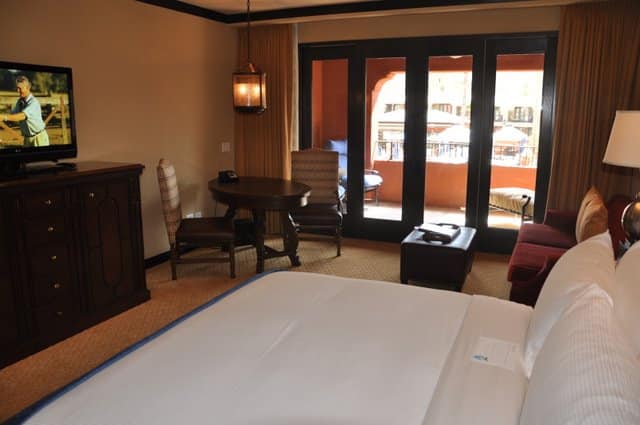 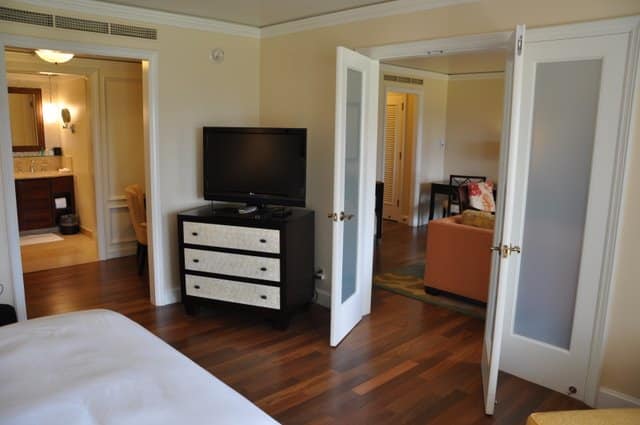 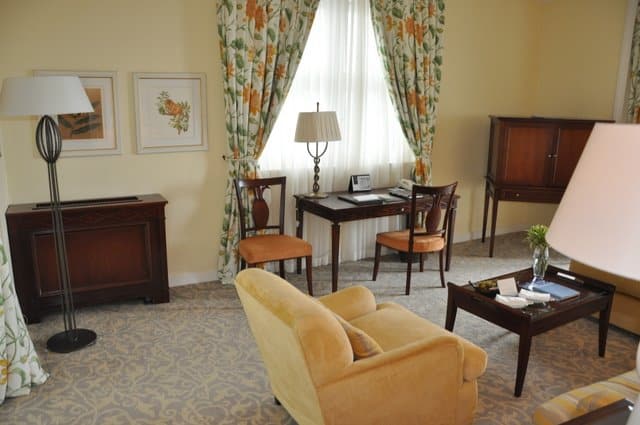 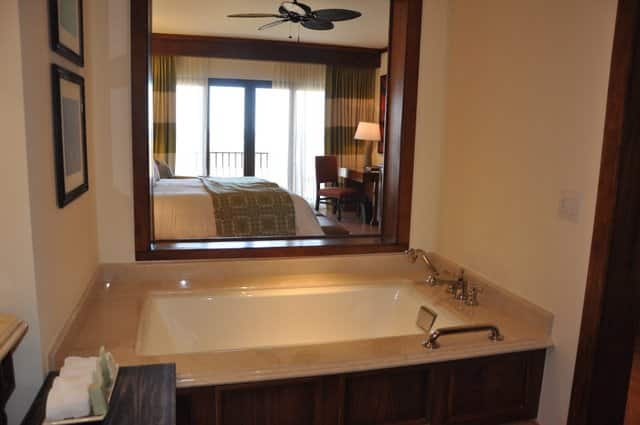