My Wife Lost Her Passport in Estonia 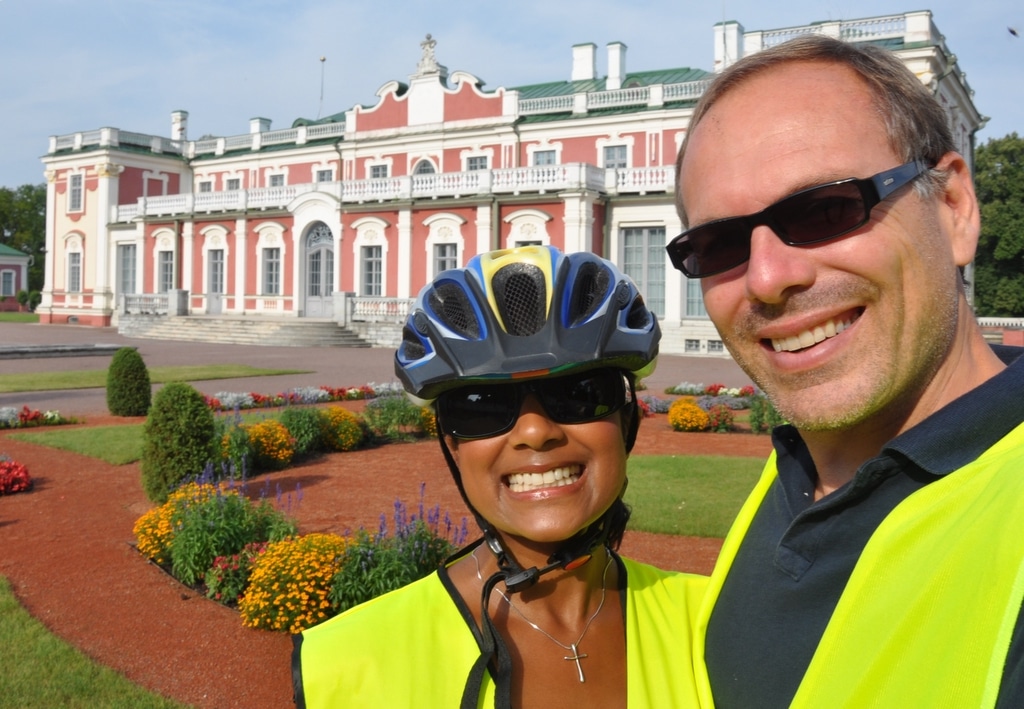 If you believe in miracles read my then girlfriend’s (now wife) account of her losing her passport in Estonia while we were out on a bike excursion. 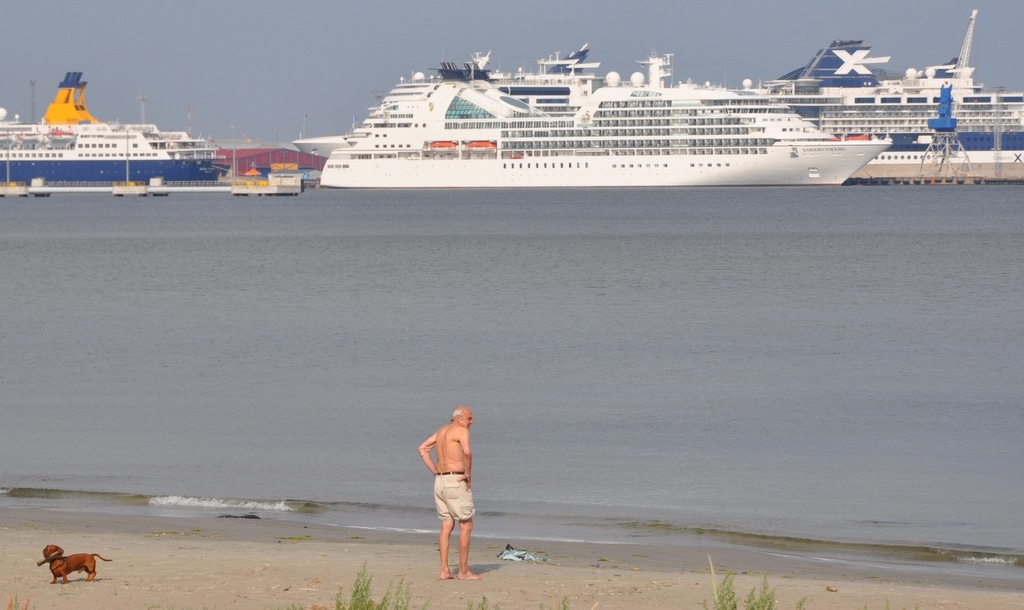 In summer 2010, I took a 12-day cruise on the ultra-luxurious Seabourn Sojourn. The itinerary was as follows: Copenhagen – Stockholm – Helsinki – St. Petersburg – Tallinn – Szcezcin – Warnemünde – Copenhagen. Totally thrilling, right? Right. That is, until things went wrong. 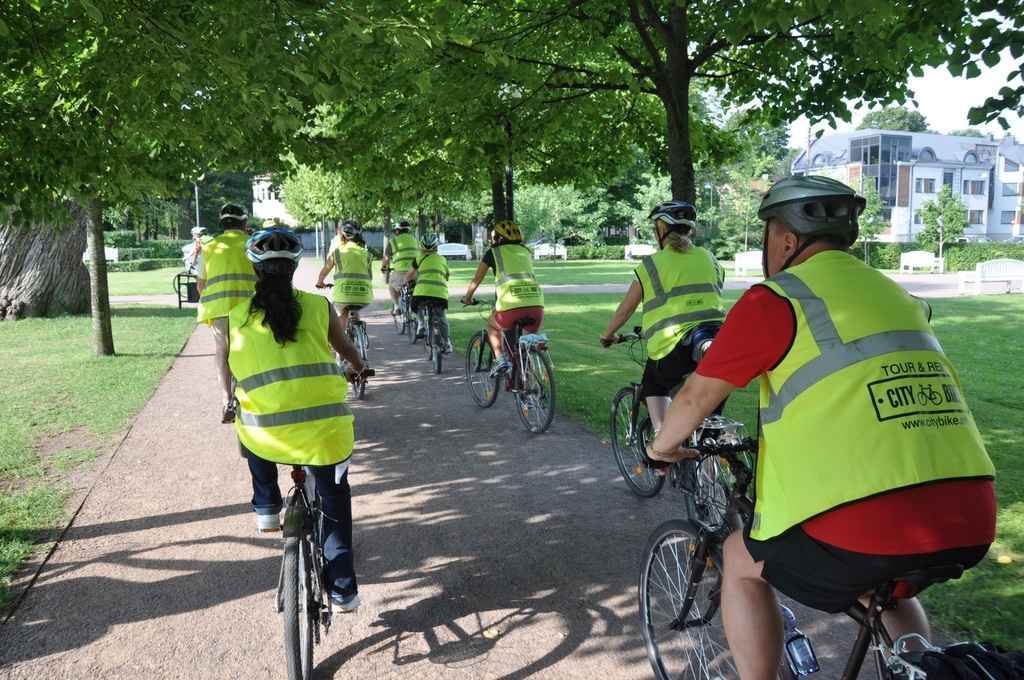 The day we docked in Tallinn, Estonia my boyfriend and I were getting ready to do a bike tour as our shore excursion. I wasn’t keen on the idea because I haven’t ridden a bike since I was like 12. But, it’s what we’d signed up to do and I’d decided to suck it up and give it a try. Turns out — riding a bike is just like … riding a bike.

Because we were riding bikes, I couldn’t bring a bag to hold any of my things. So I stuff my ship ID card and my passport into the back pocket of my jeans. We’d been told three times that we must have our passports when we go ashore and I’m all about abiding by the rules. The Russians in St. Petersburg weren’t messing around when it came to passports and visas and I didn’t want to take my chances in Tallinn. Maybe the Estonians also feel that Siberia is a good place to sit in a corner and think about what you’ve done. I wasn’t prepared to find out. 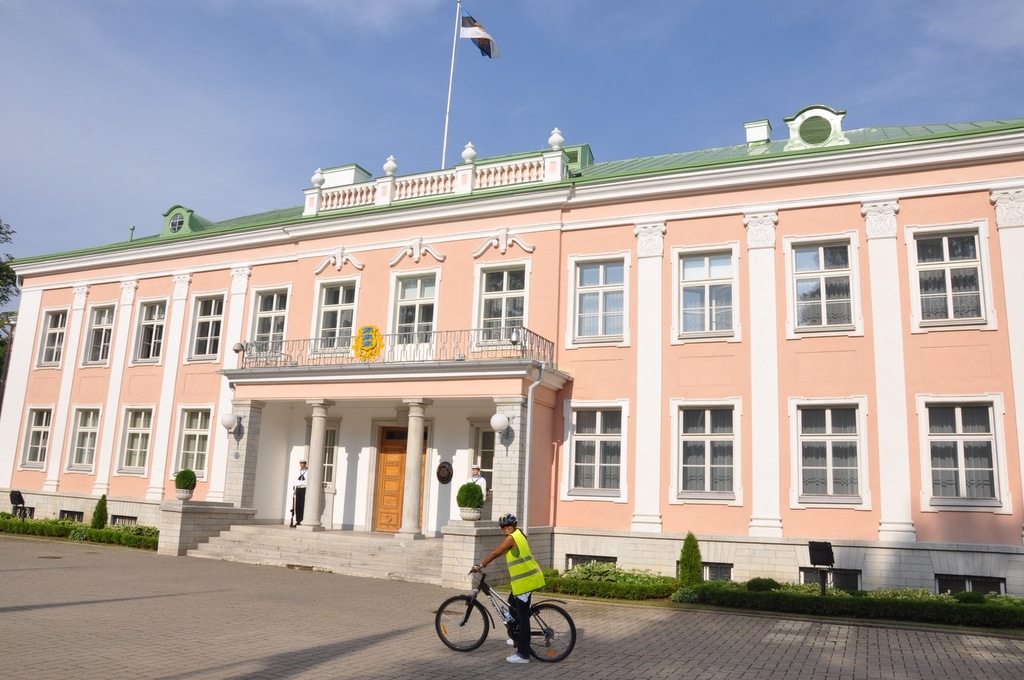 We rode our bikes for about 40 minutes, then stopped for a break at a local cafe. At which point I realized my passport is missing. Needless to say, I freak out. The lovely girl who was leading the bike tour offered to retrace our entire ride and look for my passport. She’s insistent despite my protestations. She goes and comes back (dripping with sweat, poor thing) sans passport.

To be honest, I wasn’t too worried about it. We go back to the ship and I proudly produce an array of identification that I’m positive will simplify the process. Ta-daaaaaaa! I whip out my last passport (I had to cancel it about a month before because all the pages were full but technically, it didn’t actually to expire for another year) and a photocopy of my current passport. I’ve got a driver’s license and my ship ID card, which has my photo and my passport number on it. Besides — I’m Canadian. That’s gotta count for something, right? 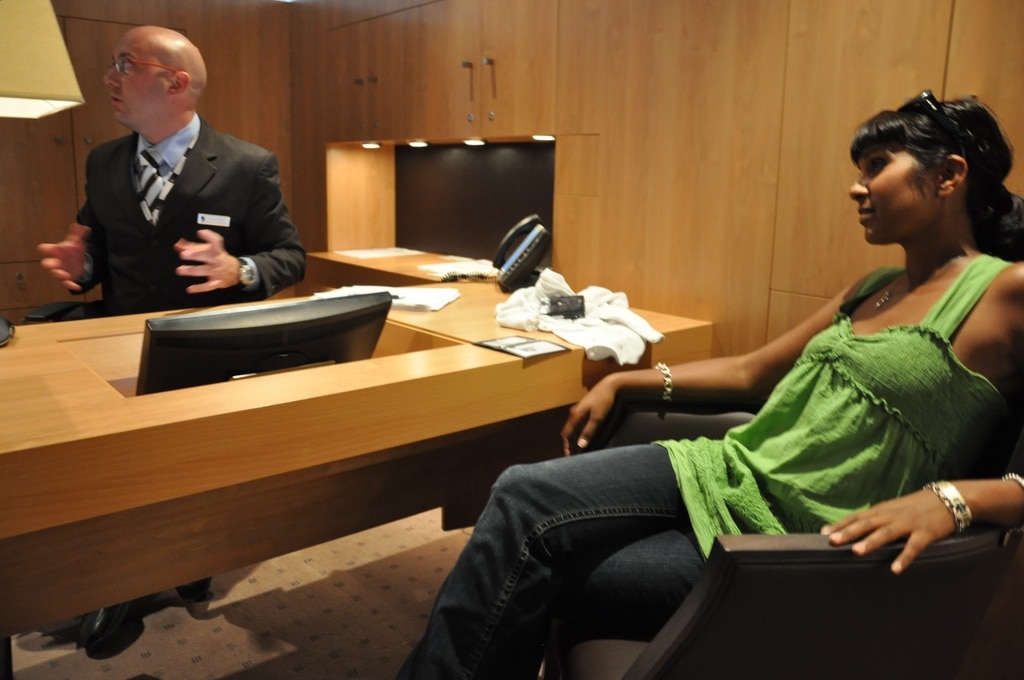 Reporting my lost passport to Guest Services on Seabourn Sojourn. I’m not too worried yet.

The staff on Seabourn Sojourn were amazing and everyone immediately jumped on the situation, giving it their full attention. Phone calls were being made to the embassy, the police department, the port authorities. It looked like everything was going to get sorted out tout de suite. I was so calm, I sat back and ordered a cup of tea in one of the ship’s many lounges. I even contemplated having a brownie. 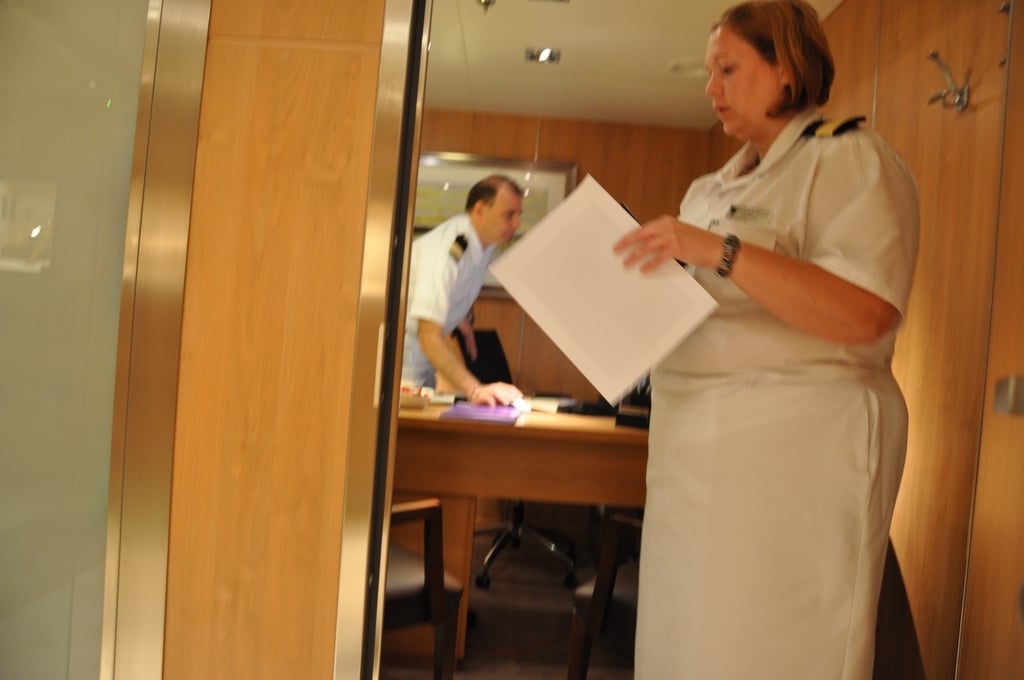 The ship’s Purser and Guest Services Manager are amazing as they help me to sort out the mess I’ve gotten myself into.

It’s as I’m surveying the sweets that the bad news came. I can’t sail without documents. Seabourn staff regretfully inform me that without valid travel documents, I cannot remain on the ship and I most certainly won’t be allowed entry into Poland, our next stop. They tell me I’m going to have to disembark in Tallinn and figure out what to do next. Hopefully, they say, the Canadian embassy can help me get temporary travel documents so I can catch up with the ship in Poland or Germany. I stand there stunned. They’re actually going to leave me in Tallinn? I feel like I’ve misunderstood. The vision that passes through my mind is brief but crystal clear. High def. I see me and my little carry on suitcase on the dock, tearfully waving goodbye to the luxury vessel that’s just brought me and now, quite unceremoniously, dumped me in Tallinn.

My boyfriend and I packed up our stuff and raced to the Canadian embassy. We left some of our stuff on the ship, assuming we’d be back at some point. 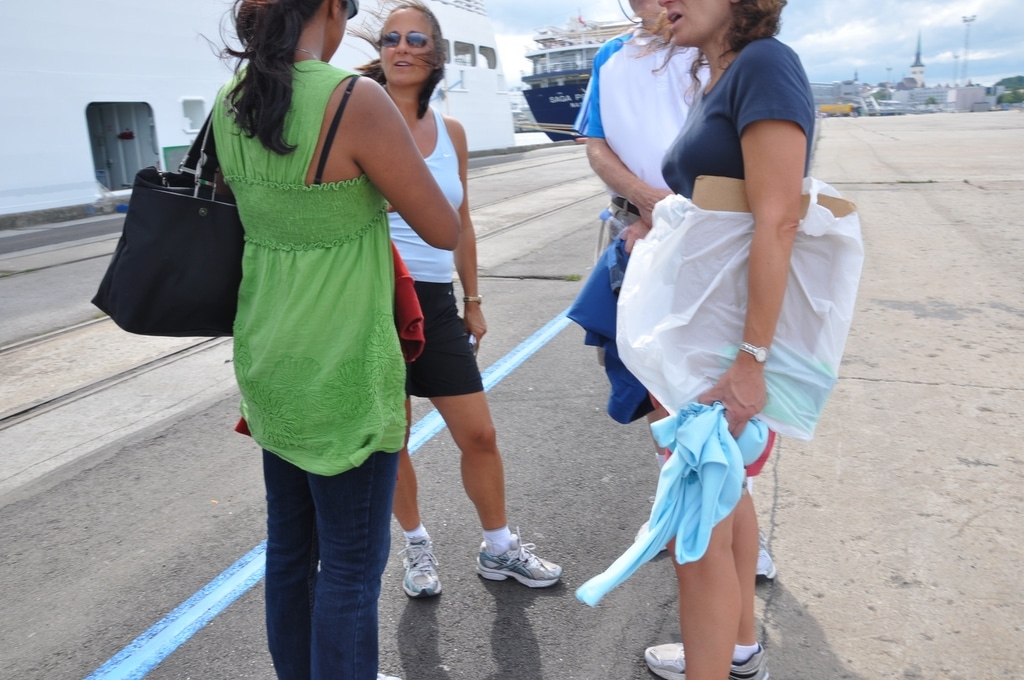 Leaving the ship to head to the Canadian embassy, I bump into some new friends and stop to tell them what’s happened.

We got to the embassy and the girl working there is expecting me. She’s already received several calls from the ship’s people to find out what my options are. I’m so hopeful that she can issue me some kind of documents immediately so that my boyfriend and I can get back on the ship before it sets sail again in three hours. (The ship’s captain was so kind he offered to hold the ship an extra hour for us!) Unfortunately, the girl at the embassy was showing no signs of urgency because she knew she couldn’t help me in time for us to get back on the ship. She said the only solution she could offer was to issue emergency travel documents (which wouldn’t be ready for 24 hours) that would only be valid for me to fly directly home. Do not stop. Do not pass GO. Just straight home to Canada. Without my passport, I would not be permitted to stay in Europe and she wouldn’t be able to provide any kind of documentation that would allow me to fly anywhere in Europe to catch up with the ship.

So now things really weren’t looking good and the reality of the situation has started to settle — a most unsettling feeling. My boyfriend and I will have to get back to the ship to pick up the things we left, then find a place to stay in Tallinn for the night and then book a flight directly home for me. I started to cry because I was upset and all stressed out and this unexpected twist was going to cost a lot of money. The girl from the embassy said she’d try calling the police station one last time and then I would have to tell her what I wanted to do — although I had no choice, really. She would have to issue me emergency travel documents and I’d have to call it a day. Back home for me.

I was looking for a Kleenex because the drenched sleeve of my sweatshirt was no longer sufficing when she reappeared. “Someone must be watching over you,” she says with a smile. The police reported that someone had just that moment turned my passport in. It’s shocking. In that moment, it’s like the most impossible thing had just happened. I can’t quite believe that someone has actually found my passport. That they’ve taken the time to return it to a police station. That it was found before the woman at the embassy started issuing my emergency travel documents; had she begun that process, she would have had to cancel my lost passport, rendering it completely invalid, even if it was found five short minutes later. I’m so stunned by this completely unexpected turn of events — I cry a little harder, tears of relief this time, knowing just who it is that’s watching over me. The woman at the embassy kindly arranged a car to take us to the police station and then back to the ship. 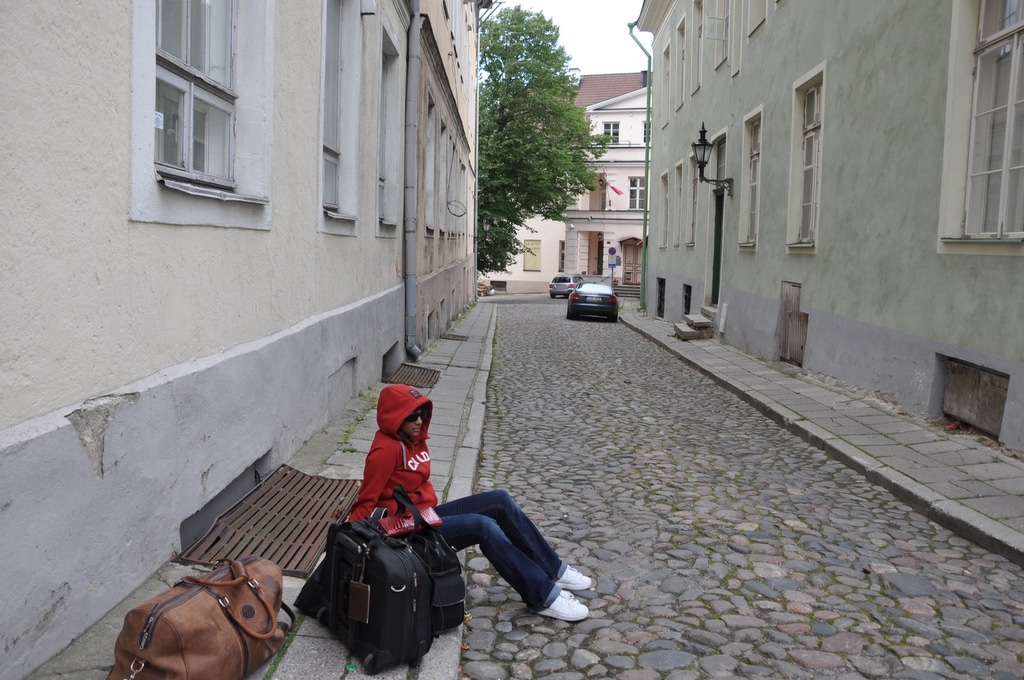 Waiting outside the Canadian embassy in Tallinn for a car to take us to the local police station.

I only wish I knew who it was that found my passport, where they found it and how I could get in contact with them to let them know how much I appreciate their act of kindness. Returning my passport to the police station when they did was the difference between a great vacation and one that would have ended rather abruptly and disappointingly. 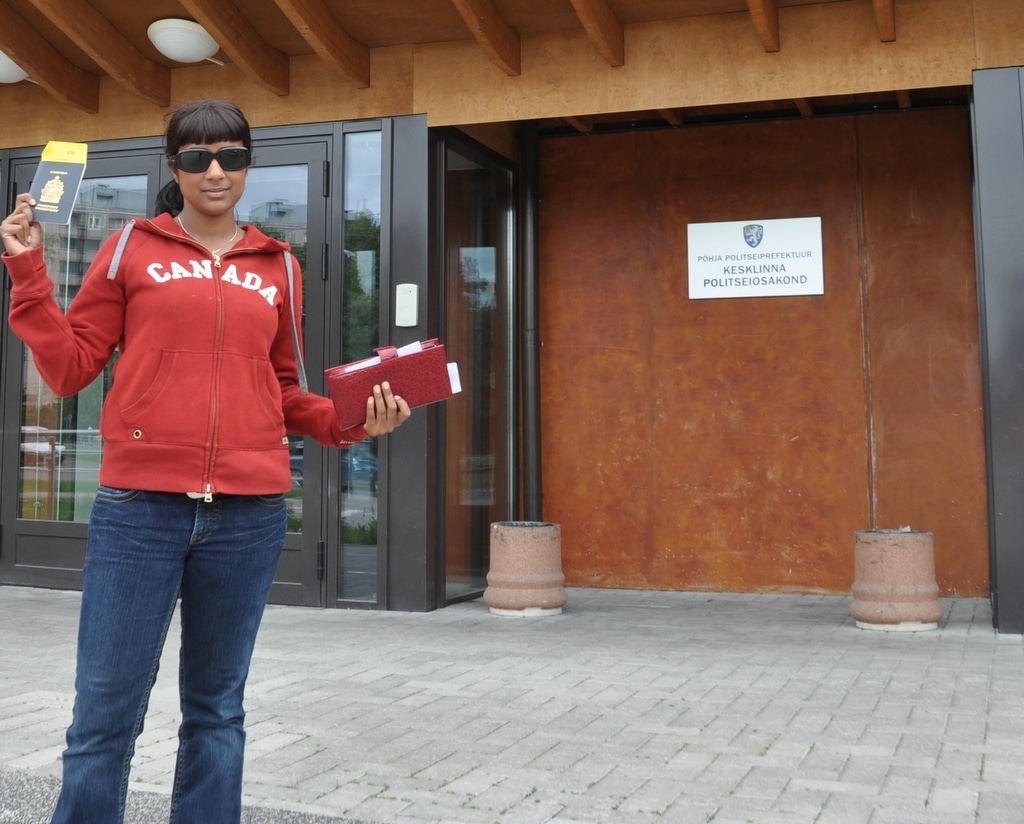 Reunited with my passport at the police station in Tallinn. Just in time for me to get back on the ship before she sails again!

As I said, when my passport was reported found at the eleventh hour, it was like the impossible had happened. So perhaps it’s no less impossible that the person who found it will read this blog post. And if that’s the case, an enormous, most heartfelt thank you! Now I know exactly what I’ll do if I ever stumble upon someone’s lost identification. And I will never again stuff my passport into the back pocket of my jeans. That much I’ve learned. 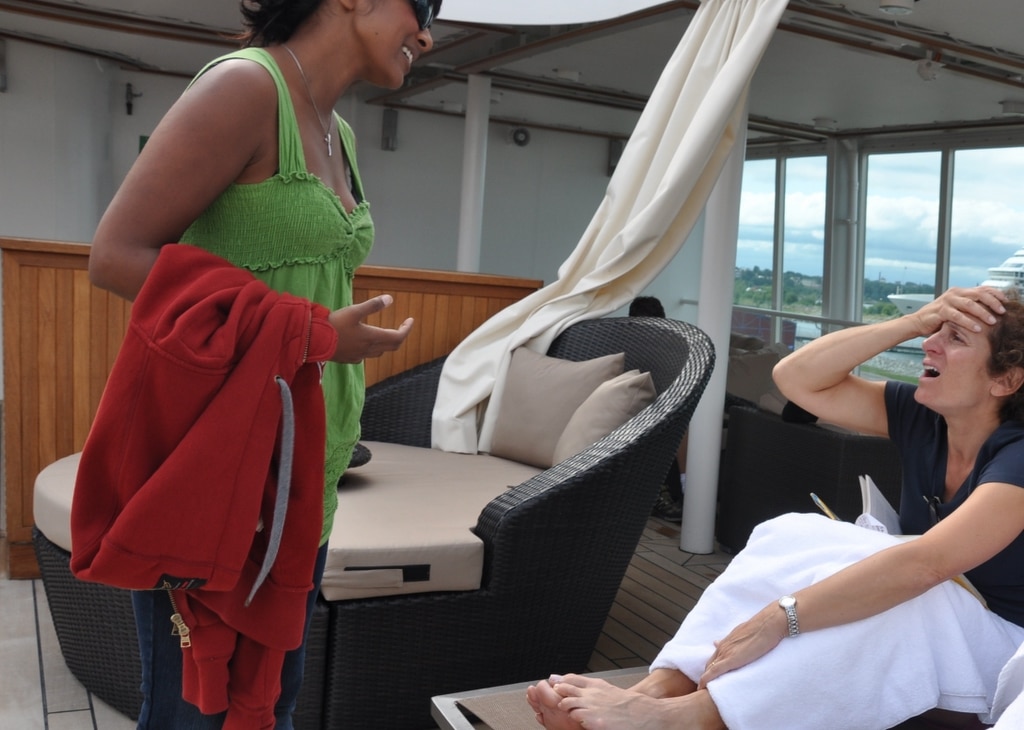 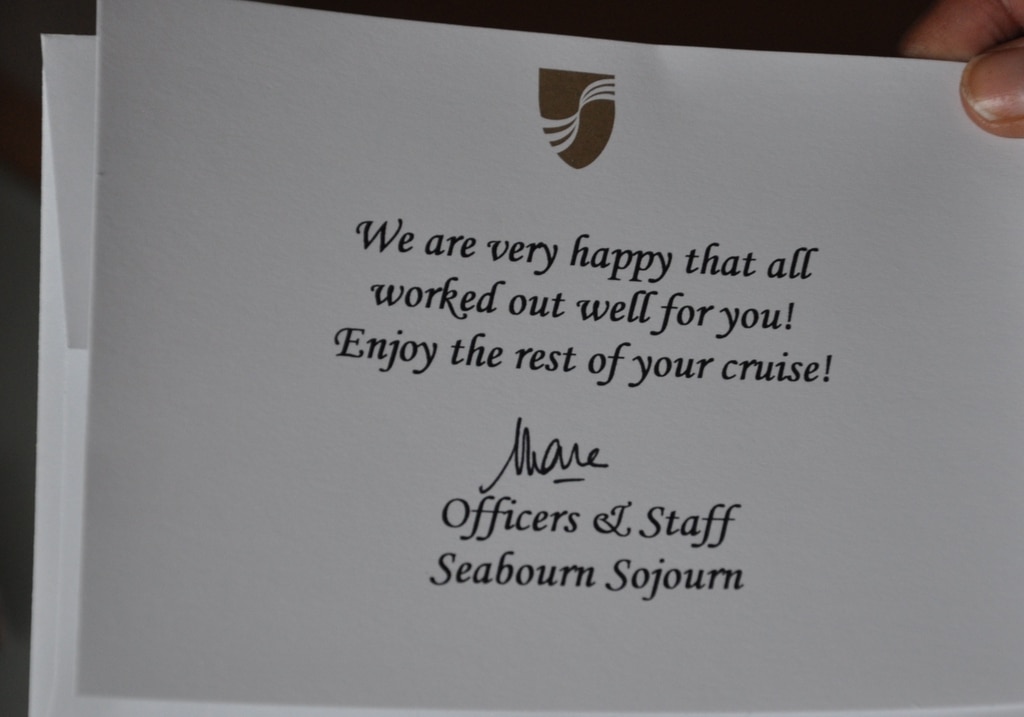