New York to Toronto on WestJet 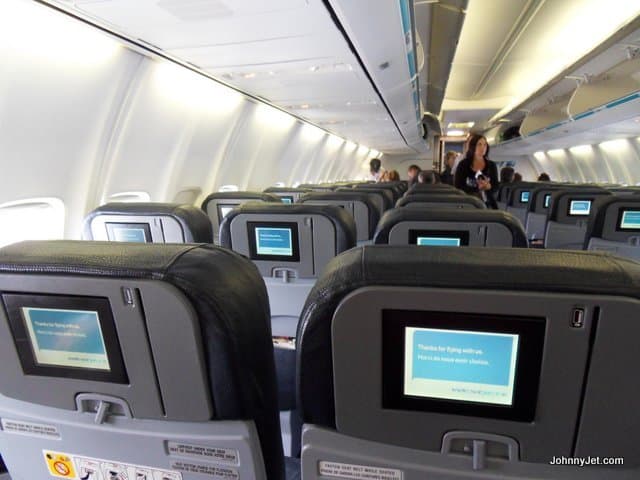 U.S. Open to Toronto
I was in New York attending the U.S. Open as one of SPG American Express’ “star bloggers.” From there I was heading to Toronto and the SPG travel department booked me on a WestJet flight which surprised me since I was expecting either Air Canada or American. But I requested a flight around noon and this flight left right at 12 pm.

About WestJet
I was excited to be flying on WestJet since it would be for my first time and I love trying out new airlines (as long as they have a good safety record). Besides I’ve only heard great things about WestJet. BTW: WestJet was founded in 1996 and their headquarters are in Calgary, Alberta, Canada.  Today they are currently the second-largest Canadian airline (Air Canada is number one). They operate an average of 420 flights a day on Boeing 737 Next-Generation aircrafts (737-600, 737-700 and 737-800) to more than 70 destinations in Canada, the U.S., Mexico and the Caribbean. Random Fact: Their longest flight is approximately seven hours and two minutes from Montego Bay to Edmonton. 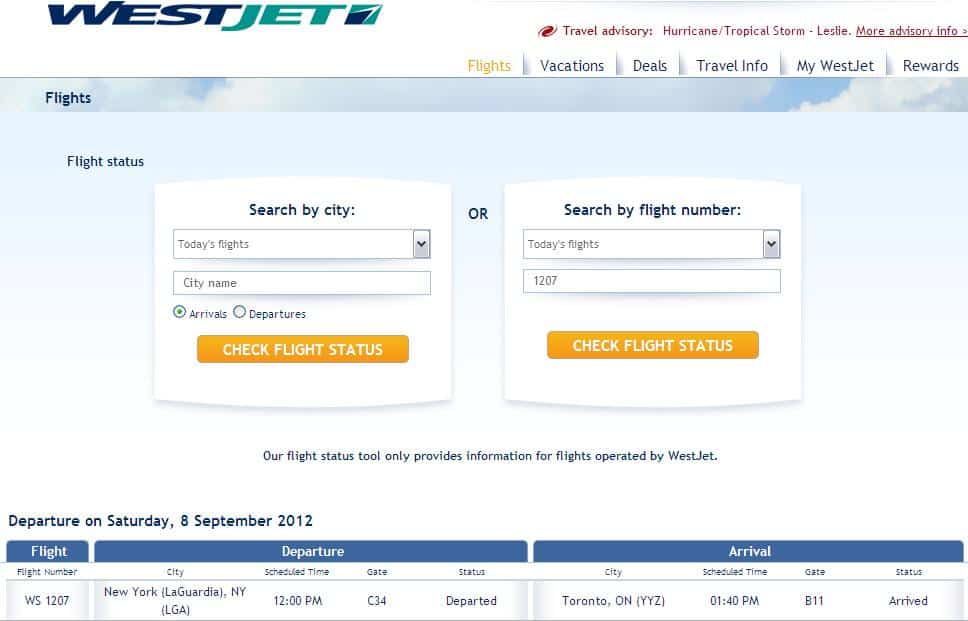 WestJet’s Website
I was happy to learn that WestJet is partners with Delta and American (along with other airlines) so I would accrue some miles but their website wouldn’t allow me to input either of those frequent flier accounts. Instead I had to wait until I got to the airport and had their agent input it. Their website also wouldn’t allow me change my seat until 24 hours before at check-in but I didn’t mind that so much since it’s a short flight. My last gripe about WestJet.com is that I don’t trust their flight status updates as I looked mine up after I landed it stated on schedule at 1:40 pm when in reality we didn’t touch down until 1:59pm — 19 minutes is a lot to people picking you up.

Checking in at LGA
It’s a good thing I checked in online 24 hours in advance because not only did I secure an exit row aisle but I was running late to LGA and arrived just 40 minutes before departure. Because I didn’t have a printer I chose not to print my boarding pass which almost cost me. I ran to the WestJet counter and the young agent said she needed to call the gate to see if it’s okay to still check me in. Fortunately, they did and I’m sure it was because I didn’t have bags to check. Another reason to pack light!

Good to know: WestJet uses the US Airways terminal at LGA not Delta’s. It’s a little confusing since my ticket read Delta but in small print stated “Operated by WestJet Airlines.”

What’s nice about WestJet is that they fly 737-600 while most airlines that fly to and from Toronto to New York airports use regional jets or Q400’s. I’d much rather be in a larger plane than a small one. How about you?

Southwest vs. WestJet
There was no line at security and when I arrived to gate C34 and they had just started to board. Once I was on the plane I quickly learned that WestJet is the Southwest Airlines of Canada. They basically have the same business model: simple fares, all economy class seating and they allow a free checked bag (Southwest offers two). Most obvious is that their cabin crew can have a sense of humor which you can get a taste of since I caught the tail end of my WestJet Pilot singing “rolling home to Toronto” before pushback with my video camera. 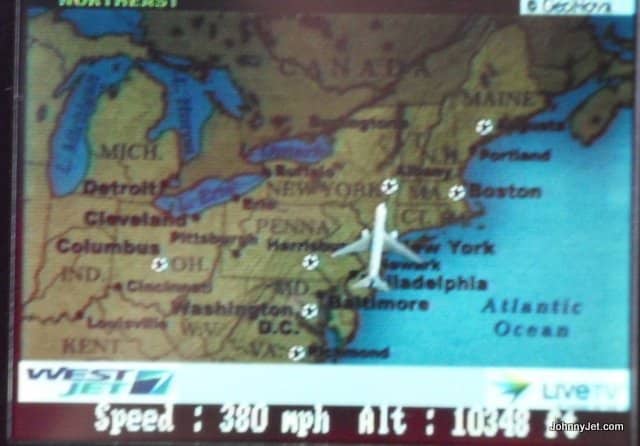 Entertainment Systems
One big difference from Southwest is that each WestJet seat has individual entertainment systems. Since it was such a short flight (1:02) they only had roughly 15 channels working, including the Google map and a Pay Per View Channel which was playing the movie The Three Stooges for free. I don’t think the satellite TV worked until we got over Canadian airspace but the Pay Per View channel turned on right after takeoff. 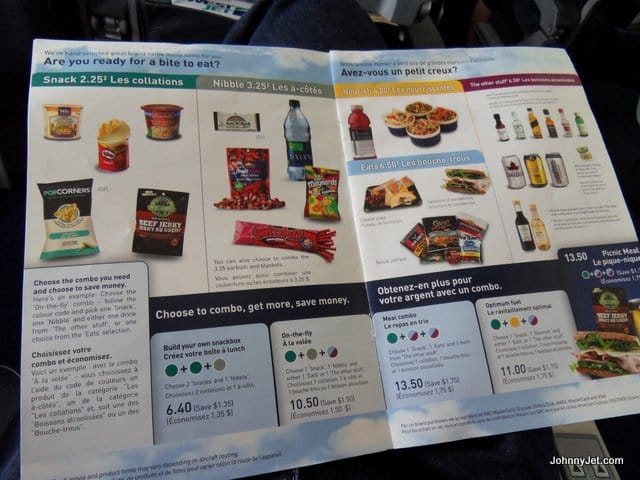 Buy On Board
As the pilot warned the flight was indeed bumpy so the flight attendants only offered water so I couldn’t order any of their buy on board snacks.

Tip: Bring ear buds to listen to the audio of the TVs for free instead of paying $3.25 for theirs.

Other WestJet Positives
The flight attendants picked up garbage (the woman in front of me let her magazine offers drop on the floor) which most U.S. airline flight attendant’s would leave for the ground cleaning crew. Their Up! Magazine had a lot of interesting articles and when I tweeted @WestJet they replied right away with some really hilarious tweets.

All in all it was a great experience and I look forward to flying them again in the future.