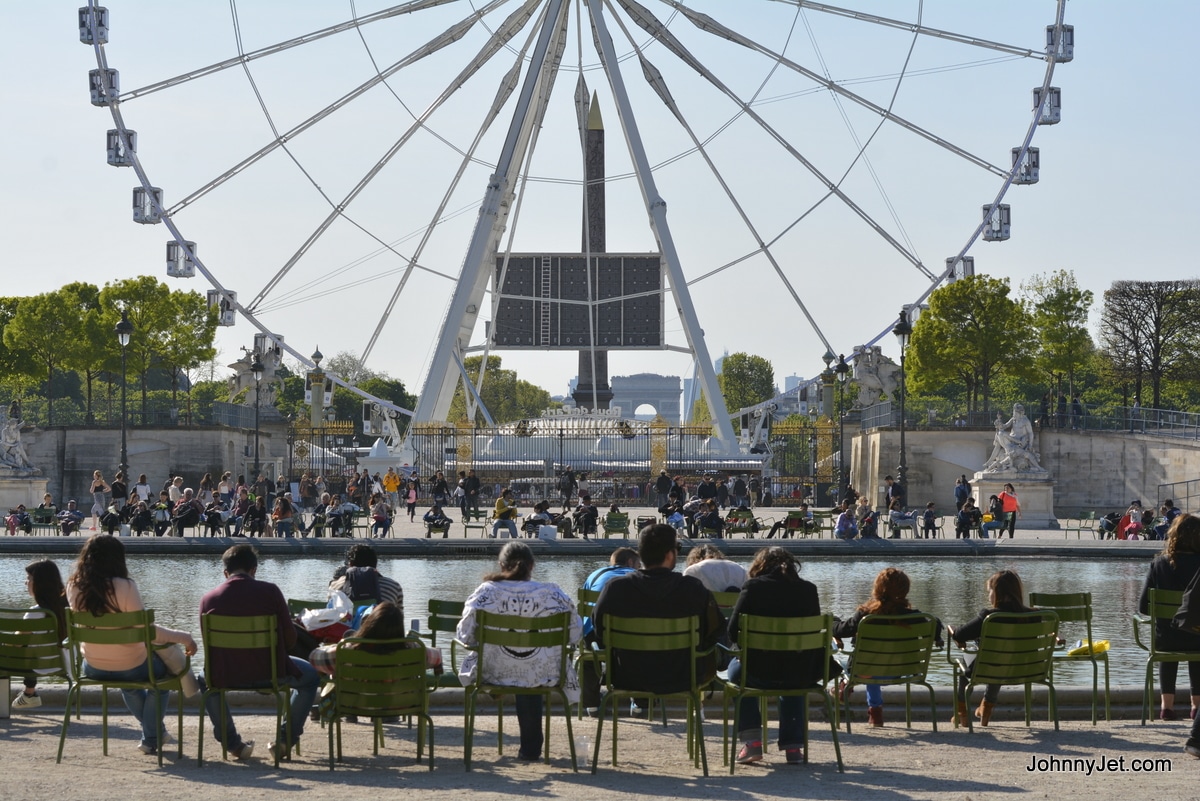 I was browsing through the endless list of travel tips I’ve been compiling when I came upon one I’ve been meaning to write for ages. The short story: If Rick Steves, a professional traveler, can get pickpocketed, you can too.

The long(er) story: I’ve known Rick for a long time, I’ve been fortunate to share the same stage with him at travel shows, have broken bread with him numerous times and have been a guest on his nationally syndicated radio show a few times. Rick is a great guy who calls it like is and is not afraid to acknowledge when he makes a mistake.

We all make mistakes and when you travel, it’s even easier to do so, since you’re often out of your element, most likely tired, awed by the scenery, your mind is preoccupied and you’re just excited to be traveling. The latter couldn’t be any more true after the past few years we’ve all had.

As happy as you may be to be on the road, unfortunately, there are some people who are even happier … thieves. These poor souls come in all shapes and sizes, from little kids to well-dressed grandpas and everything in between. There are all kinds of tricks these predators use, from just bumping into you and grabbing your wallet out of your pocket or purse to full-on mugging you. The latter is very rare but it does happen occasionally like it did to one of my writers back in 2009 in Barcelona. FYI: Barcelona is notorious for pickpockets so be even more on guard there.

RELATED: Why You Should Wear a Money Belt When You Travel

Before I go any further, I should note that the point of this tip isn’t to scare anyone. I would guesstimate that 99% of the people in the world are good but the 1% get all the headlines. And the news used to scare the hell out of me, which was one of the many reasons I didn’t travel out of the country until I was 21.

Of course, once I did, there was no turning back and fortunately, I’ve now been all over the world, many times over, and have never had an incident. I’m not sure if it’s because I’m lucky or if I have a sixth sense but I’m always aware of what’s going on around me. I always stand in the back of an elevator, I sit facing the door of a restaurant, I never put my phone or my wife’s purse on the table or on a vacant chair when dining al fresco … the list goes on. But in short, I almost always feel safer outside of the USA than I do at home, which which is something I never thought would happen until I left the country. I know it’s sad, but it’s true.

That being said, here’s Rick’s experience which happened a few years back: “Thieves know where the crowds are — and where the tourists are — and they are very, very deft at their work. A petite bump and a slight nudge getting off the Métro in Paris and bam — wallet gone. OK, I admit, it’s my fault…I wasn’t wearing my money belt. And it cost me. I went back to the hotel, referred to the emergency section in the appendix of our Paris guidebook, and set about canceling my credit cards. I lost my driver’s license, two credit cards, and some money.”

It sounds like Rick had his wallet in his back pocket, which is major rookie mistake. Rick recommends wearing a money belt, which is a great idea as long as would-be thieves can’t tell it’s a money belt, you have it tucked under your clothes or it’s slash-proof (so someone can’t just cruise by on a scooter and slice it off your waist). The same goes for purses, which is why I recommend something slash-proof, like this one.

BTW: My wife once made the mistake of putting her passport in her back pocket on a bike tour of Tallin, Estonia. No one pickpocketed her but it did fall out and almost ruined our trip because our cruise ship, departing in a few hours, could not allow her back on to sail to our next port  NOTE: Always treat your passport as if it’s $5,000 in cash because that’s about how much it’s worth on the black market.

Although I don’t use a money belt, I might start after writing this tip because I do have one in my bin of travel gear. Check out some more money belt options here.

While we’re on the subject of safety, I recently interviewed Kevin Coffey (you can listen to the interview on my podcast or watch it on YouTube). He’s a travel security expert, who’s been featured numerous times on Oprah. Kevin spent several decades as a detective with the Los Angeles Police Department and was responsible for the creation of LAPD’s LAX Airport Crimes Investigation detail. There, he led the investigation of crimes committed against travelers at LAX airport, surrounding hotels and car rental agencies. Kevin taught me numerous tips but none greater than what he calls his “What If?” Kevin’s tip is for everyone to do these two things.