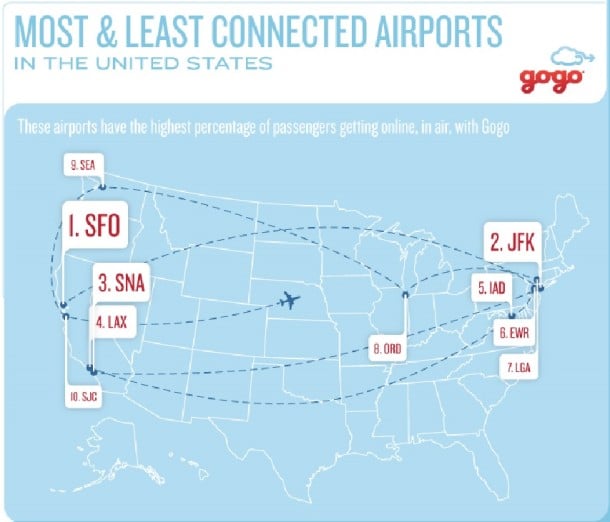 According to recent analysis conducted by Gogo, when it comes to staying connected at 30,000 feet, San Francisco International Airport ranks first in the U.S.

Gogo, the leader of in-flight connectivity, took a look at the number of people who chose to connect in air using Gogo’s Wi-Fi service to determine the top ten most connected and least connected air travelers by U.S. airports.  The rankings were compiled by taking the number of passengers who used the service and calculating it as a percentage of the total amount of passengers who actually board an aircraft with Gogo Wi-Fi. 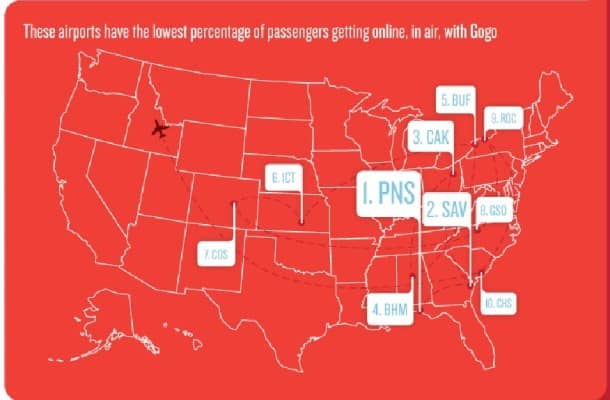 For a complete list of the top and bottom ten see the infographic below.

Note: To make the list, an airport had to have a minimum of 500,000 passengers board a Gogo connected aircraft and had to be located in the continental U.S.  The data was compiled using passenger usage rates over a 12 month period.