Prior to emigrating from the Netherlands to the United States as a young boy, Dennis traveled with his fashion model mother to many European countries in planes, trains and automobiles. Ultimately settling in Connecticut, Dennis learned how to make the most out of travel opportunities working summers for an international courier company while still in high school. Based in both New York and London, he became a seasoned traveler. Today, his top destinations are walking down the Strand in his adopted hometown of Manhattan Beach, California and visiting his two grown children as often as possible.

This is the first in Dennis Kamoen’s five-part series about Santa Fe, New Mexico, which he discovered on a visit to the Santa Fe Independent Film Festival. Tune in tomorrow for the next chapter.

Says Dennis:
“My trip to Santa Fe is about discovering a special place to visit; a cool film festival, great food and accommodations, beautiful environs and great people. I will return to Santa Fe time and time again.”

Last night’s Academy Awards made me reflect on my trip to the Santa Fe Independent Film Festival, back in October:

I was traveling to Albuquerque, New Mexico, back in October, and sitting next to me was a lovely young lady who happened to be an actress playing Brenda in the next three The Maze Runner movies and filming in New Mexico. Film and television production is a significant part of the state economy. Speaking of movies, I was on my way to the Santa Fe Independent Film Festival. Santa Fe is about an hour’s drive from Albuquerque’s airport. My home for the next few days would be La Posada de Santa Fe.

I settled onto their welcoming patio for a tasty margarita, and after a relaxing and wonderful dinner it was time to go see a movie at the historic Lensic Performing Arts Center. I love old theaters, especially if they have a rich vaudeville history. The night’s special event, hosted by HBO, centered around the miniseries Olive Kitteridge, based on Elizabeth Strout’s Pulitzer Prize-winning book. The miniseries teleplay was written by Jane Anderson. Olive Kitteridge and its star Frances McDormand were nominated for three Golden Globe Awards. Bill Murray was also nominated for Best Supporting Actor. Congratulations to the mini series’ executive producers Frances McDormand, Jane Anderson, Tom Hanks and Gary Goetzman.

HBO then had an afterparty at the Eldorado Hotel where I had a chance to speak with Jane Anderson about writing, obviously one of my interests. My good fortune continued as I also met and discussed writing with one of Santa Fe’s most well known residents, George R.R. Martin. Over the next few days I had a few opportunities to speak with the author about writing a few times, which was an enlightening experience, to say the least. You see, he isn’t only the writer of the Game of Thrones series; he’s also been a teacher. To me, he still is.

Before leaving the party, I met Jacques Paisner, co-founder of the Santa Fe Independent Film Festival, who told me that he’d be presenting both George R.R. Martin and Shirley MacLaine with Lifetime Achievement Awards on Saturday night.

There were many films to choose from the following day, but the highlight of the evening was a screening of The Homesman, filmed in New Mexico (and Georgia), produced and directed by Tommy Lee Jones, who also stars in the film along with Hilary Swank, Grace Gummer, Miranda Otto and Sonja Richter. There were short, notably strong appearances by Grace Gummer’s mom, Meryl Streep, as well as by John Lithgow and James Spader.

Later, there was another afterparty at the Palace Saloon, a place right out of a Western movie in this cool Western town. The next afternoon, I was fortunate to score a ticket to Saturday afternoon’s Masters Discussion with George R. R. Martin and Pen Densham held at the recently renovated Jean Cocteau Cinema. I liked the bar and loved the popcorn. The cinema was recently bought and renovated by George, and its new owner was to be interviewed by Oscar-nominated writer, director and producer Pen Densham, who’s originally from England and also an author and teacher.

After the interesting interview, I found myself in an exclusive discussion with George, and then Pen, who gave me a copy of his book “Riding the Alligator.” On Saturday evening there was another movie to go see at the Lensic. As luck would have it, I was seated front and center.

The night’s movie presentation was Elsa & Fred, starring Shirley MacLaine and Christopher Plummer, but that would be after the awards ceremony. The awards and pies (yes, pies) were dished out honoring filmmaker Chris Eyre, author Hampton Sides, film industry innovator Ted Hope, and of course Lifetime Achievement Award-winners and Santa Fe locals George R.R. Martin and Shirley MacLaine, who made a “tongue-in-cheek” revealing speech with something like “Which lifetime is this for?” She then came off stage and walked directly over to me and rubbed my head for what seemed like an eternity. The entire audience, me included, enjoyed a good laugh.

Sunday was a continuation of many film offerings around town. I’m looking forward to returning to next year’s Santa Fe Independent Film Festival, named one of MovieMaker Magazine‘s Coolest Film Festivals on the Planet. 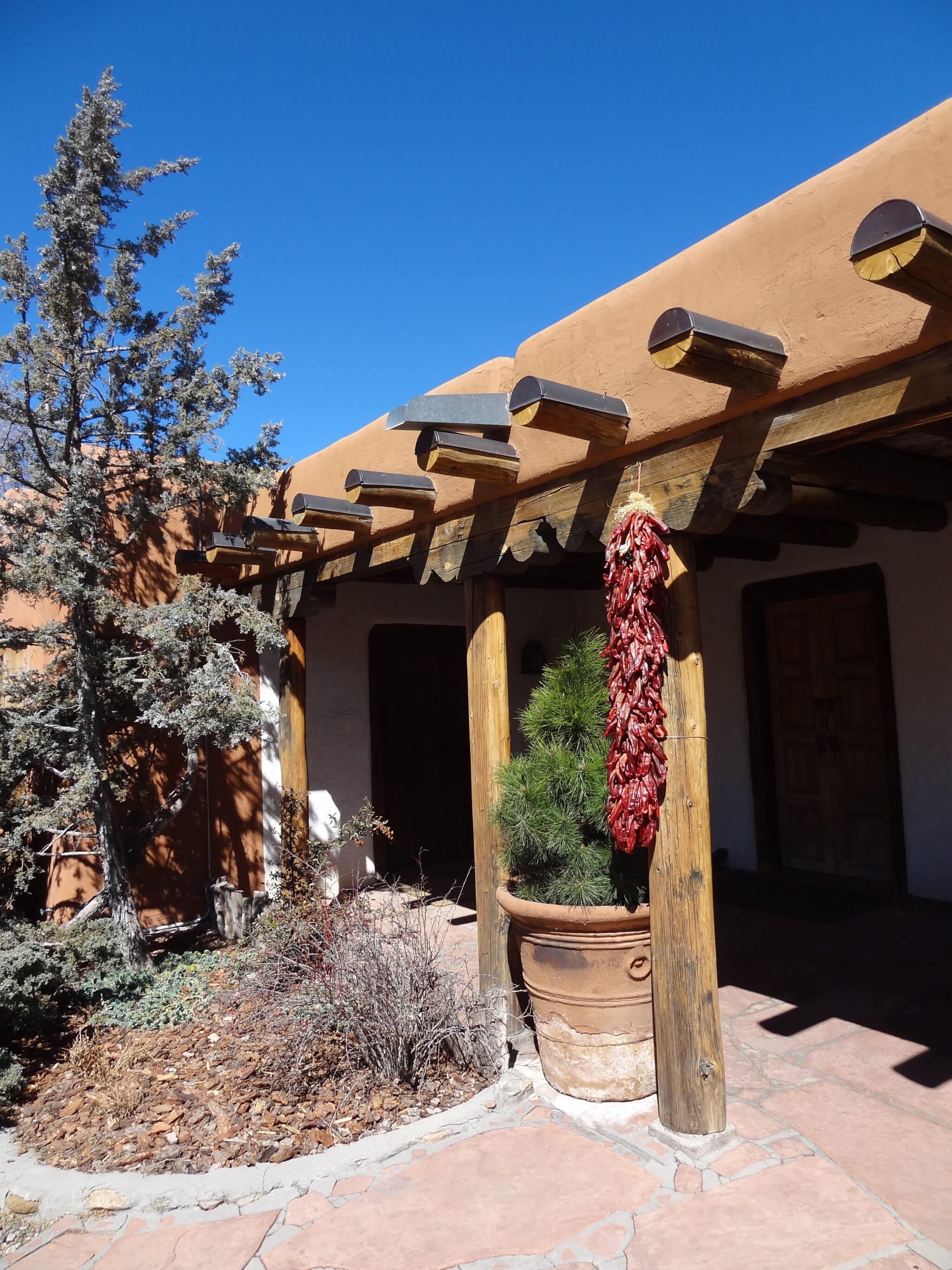 This is part one of a two-part article about a trip I took in March with my wife to Santa Fe, New Mexico. Read Part 2 here. My first trip with… 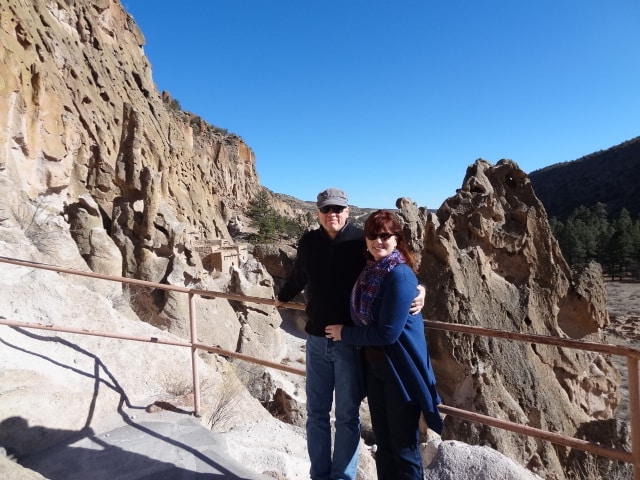 This is part two of a two-part article about a trip I took in March with my wife to Santa Fe, New Mexico. On our trip we were hosted by… 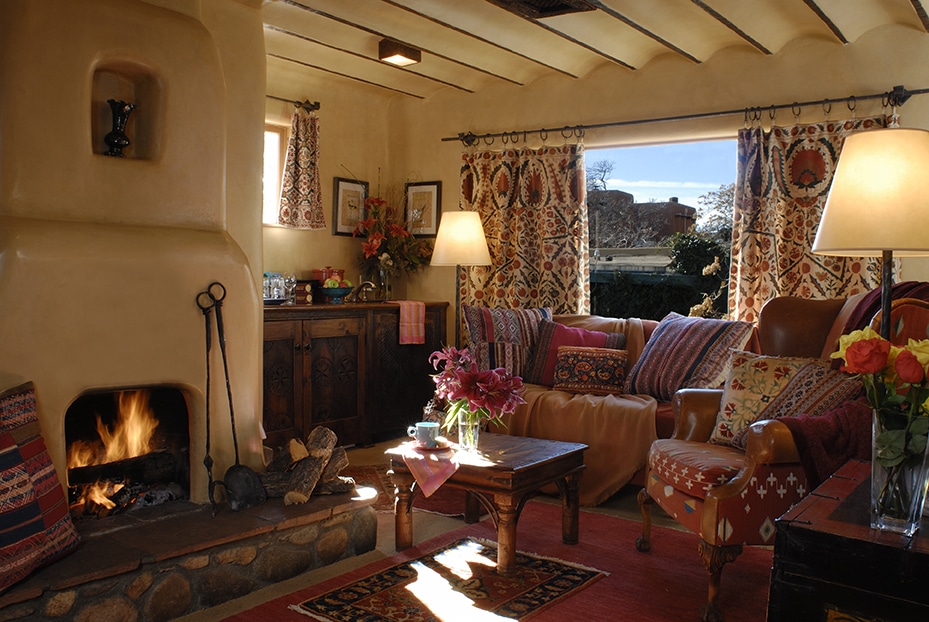 Inn of the Five Graces: A Santa Fe Gem

The Inn of the Five Graces is a truly special hotel. As it was recently named to Condé Nast Traveler‘s 2013 Gold List “The World’s Best Places to Stay,” it isn’t…