Searching Out The Stasi in Leipzig 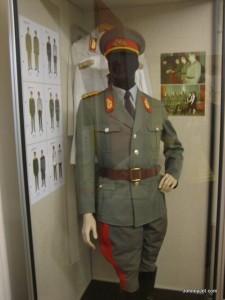 It had been several years since I’d been to Leipzig. That had been my first encounter with the former East Germany, and I well remember how drab the city felt, as if it was still trying to shake off the remains of the depressive regime under which it formerly existed when Germany was split into East and West. Yet even in those early days of “freedom” there were two signs of hope. One was the startling amount of building cranes that pierced the skyscape such cranes being laughingly referred to as the “National Bird of East Germany”. The second was the joy in the guide’s voice as he took us around the City Centre and repeated not once but several times that the protestant Church of St. Nicholas was special because it was there that the first steps of the “Peaceful Revolution” took place. Now in the dying days of 2010 I was to learn more about the downfall of the dreaded East German Secret Police The STASI – operating from 1952 to 1989.

Leipzig itself is an amazing city. In 2009 the New York Times selected it as one of the 31 places to visit in the world  and it was the only German destination chosen at that.

It’s a city saturated in music history. Bach, Mendelssohn, Schumann, Wagner, Mahler and Grieg were all former residents. In May 2011, the 100th anniversary of Gustav Mahler’s death is commemorated by performances of all 10 of his symphonies. Another great Leipzig attraction is St. Thomas Church, where Bach held the position of cantor, composed many of his beautiful works and raised some of his twenty children. It’s also home to the St. Thomas Boy’s Choir. In March 2012, the 800th anniversary of St. Thomas Church and St. Thomas Boys Choir will be celebrated and will include an International Boys Choir Meeting. Similarly, in 2013, Richard Wagner born here in 1813 will be celebrated by numerous musical events on his 200th anniversary.

By 2012 there will be a music walking trail (with three motifs) in operation concentrating on significant historic sites such Germany’s oldest Conservatory of Music, founded by Mendelssohn in 1843. Another astounding artistic experience here is the 360-degree Panometer, by Yadegar Asisi. Over 100 metres long and 30 metres high, it represents each zone of vegetation in Brazil’s Amazonian wilderness. The detail in the panels is amazing. There are also fascinating exhibits of Amazonian insects and vegetation. If you get there after June 30th, you’ll also be able to view that cute little cross-eyed opossum, Heidi at the Leipzig Zoo in a new exhibit – the tropical world of Gondwanaland, Europe’s largest rainforest hall. Primitive times will come alive evoking the era when Asia, Africa and South America were one continent. The name Gondwanaland stands for the former super continent as a distinctive wildlife habitat From nature to extreme capitalism, if you have a chance get to the Porsche Head offices.. Even if you can’t afford the cars on display, you can drool!

Back to the STASI, the dreaded State Security of the Germany Democratic Republic. who terrorized the citizens of Leipzig for over 37 years. Although STASI was composed of East Germans, it had a direct connection with the Soviet KGB and employed most of the latter’s methods. A tour of former STASI headquarters, the “Runde Ecke”- German for the Round Corner (its architecture is two rectangular blocks joined by a rounded front entrance) was mind-boggling.

Our guide Simon Karcher told us anyone who entered there would have been filled with fear and often not seen again. The building, now a museum, has original furnishings and functions of almost all the rooms intact. For instance, one hundred percent of all civilian or military mail were steamed open for censorship purposes by a special machine on display. Copies of all letters were made. Those considered a security risk (five to ten percent of all letters) were never mailed. Some are displayed in cartons in the mailroom. Those considered safe were resealed so carefully that one never suspected they’d been furtively opened, and then sent on to the addressee. Another room held jars of material. What were these for? We learned that the rooms where suspects were questioned were kept unreasonably hot or the suspect was asked tough questions that made them perspire. After they were released, anything they touched was wiped to get their body odor and then preserved on rags in jars. Trained dogs could then detect the odors on any distributed posters or flyers against the repressive regime and the perpetrators could be hunted down. Other rooms held cases of awards given to meritorious state spies, mostly East Germany’s Socialist party members, many recruited from senior high school. Obviously, they could never wear or display their “medals” because it would reveal their treachery, so it was an empty gesture by the STASI. 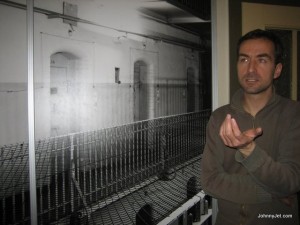 Other exhibits showed official STASI uniforms, holding cells, hidden cameras and recording devices ingeniously disguised. There were also classrooms here where new informers were indoctrinated to hate the U.S. and Imperialism (which included all Western countries).

This structure of despotism and fear came tumbling down because of peaceful but strongly attended weekly candlelight vigils held at St. Nicholas Church in the city centre, starting in 1989. Each vigil grew until in October 9, 1989 over 70,000 people demonstrated for democracy after the church prayers for peace. The government knew it could not fire on its own people who had come from far and wide to protest in a peaceful way. The next demonstration had 120,000 people. In December the doors of STASI headquarters were stormed by protestors, and on Dec. 18th the GDR President resigned. He was later prosecuted, but considered too old to be imprisoned and ended up in Argentina.

The STASI managed to destroy about one-quarter of its files in December 1989 but the rest are secure in German administration offices.. Inquirers are allowed to view their own file. Today, every October 9th, a joyous Festival of Lights with fireworks commemorating the Peaceful Revolution is celebrated. In a rare act of mercy, citizens exacted no reprisals from the STASI members or informers.

I also took a tour of the STASI bunker in Machern, several kms. outside Leipzig. Shrouded in secrecy by the “holiday cottages” built around it, it’s still totally intact an underground centre for the STASI in case of atomic or nuclear warfare.The “Third Man” theme kept playing in my head even though that movie took place in Austria.

Back to the city to admire its beautiful arcades, restaurants and our comfortable Westin hotel. But I had participated in an experience I would never forget.  I had seen into the soul of communism as it had existed in East Germany for almost 50 years. It was chilling but I wouldn’t have missed it for the world! 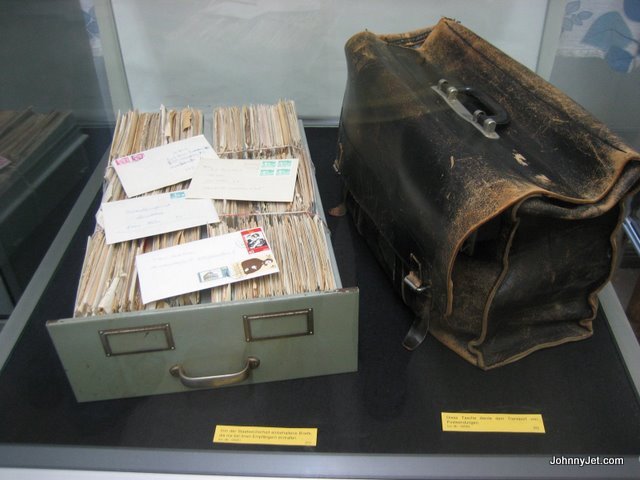 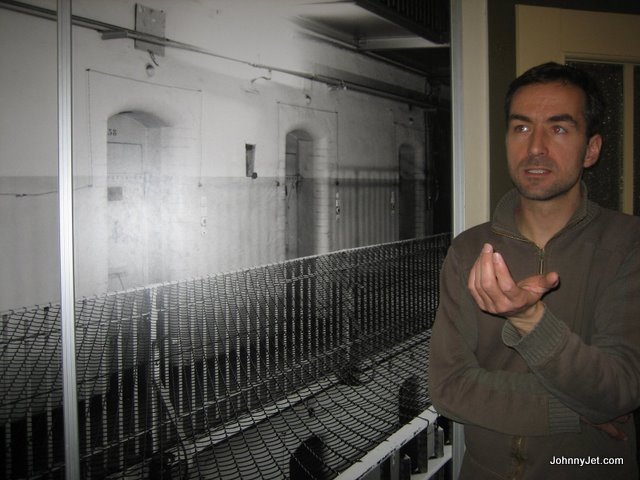 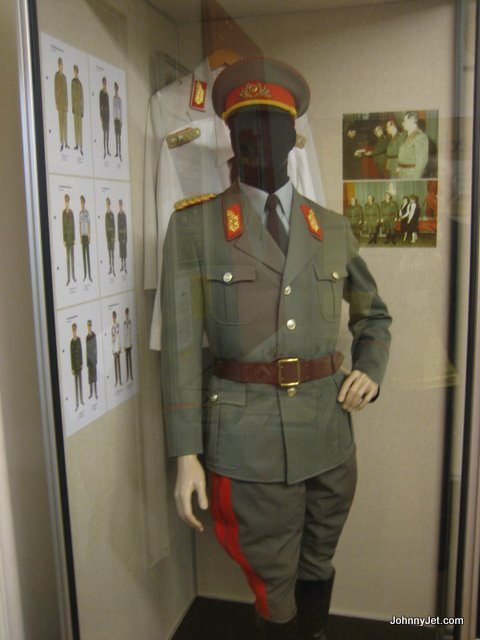 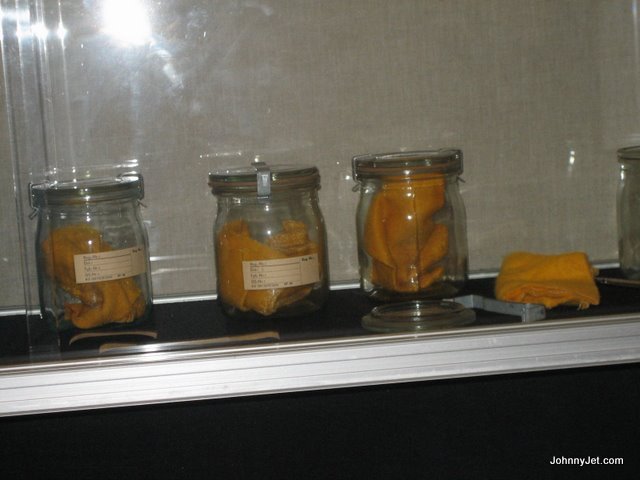 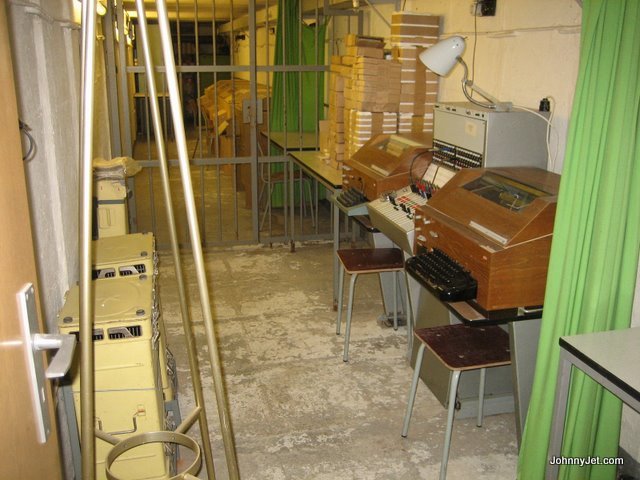