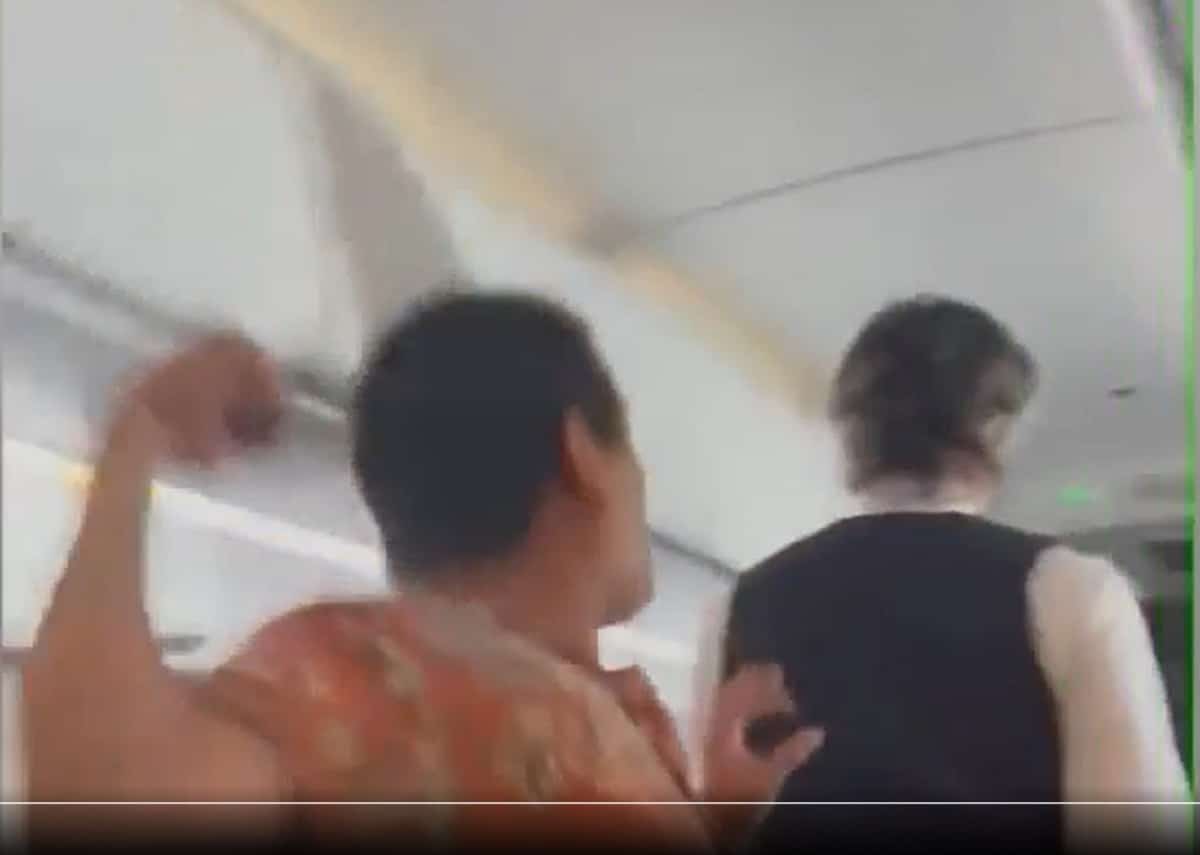 ABC News Los Angeles acquired footage from a passenger filming another passenger punch a flight attendant on a flight from Mexico to California Wednesday.

The shocking video shows the mid-air assault, where a passenger punched an American Airlines (AA) flight attendant in the back of the head. According to ABC News: “The incident happened on American Airlines Flight 377, which was destined to land at Los Angeles International Airport after taking off from Cabo San Lucas.”

As you can see from the footage, passengers in the first class cabin, where the assault happened, were stunned.

One passenger tweeted: “Hey @AmericanAir just checking to see if the flight attendant that this guy king hit in the back of the head is ok #aa377”

Fortunately, Eyewitness News reports that a passenger they interviewed said: “The flight attendant didn’t appear to be seriously injured and no one else on the flight was hurt. The witness added that the suspect was restrained by other passengers and his hands were zip tied.”

After searching Twitter, I found video from another passenger who filmed the assailant being zip tied to his seat in the back of the plane.

Hey @AmericanAir just checking to see if the flight attendant that this guy king hit in the back of the head is ok #aa377 pic.twitter.com/Ouin9JN1qd

According to ABC News, the unruly passenger was arrested when the plane landed at LAX by law enforcement. American Airlines released a statement saying: “The individual involved in this incident will never be allowed to travel with us in the future, and we will work closely with law enforcement in their investigation.” They also said: “We thank our crew for their quick action and professionalism to ensure the safety of their fellow team members and customers on board. Our thoughts are with our injured flight attendant, and we are ensuring that they and their fellow crew members have the support they need at this time.”

Another passenger tweeted: Truly one of the most frightening scenes I’ve ever witnessed on a flight… Thank you to the @AmericanAir staff & the passengers who helped control & keep the situation as calm as possible. #AA377

Thank you to the @AmericanAir staff & the passengers who helped control & keep the situation as calm as possible. #AA377 https://t.co/qVomICj6cd

No word yet on the cause of the incident but I will update this story when more details become available.

3 Comments On "Shocking: Video Shows Passenger Punch Flight Attendant in Back of Head on American Airlines Flight to LAX"