Stuck In a Middle Seat on a Plane? Here’s How to Get Out of It

Not many people like sitting in the middle seat on an airplane, except maybe my dad and others who like to talk to everyone the entire flight. And that is likely precisely why the majority of travelers loathe the middle seat (along with it being horribly uncomfortable, of course). The middle seat essentially doubles the chances of having to speak to your seatmate. A simple solution is to just put headphones or earbuds on even if you aren’t listening to anything. It’s a generally-accepted sign that you’re not up for conversation. RELATED: 7 Hacks for Avoiding the Middle Seat and Getting the Best Seat in Coach 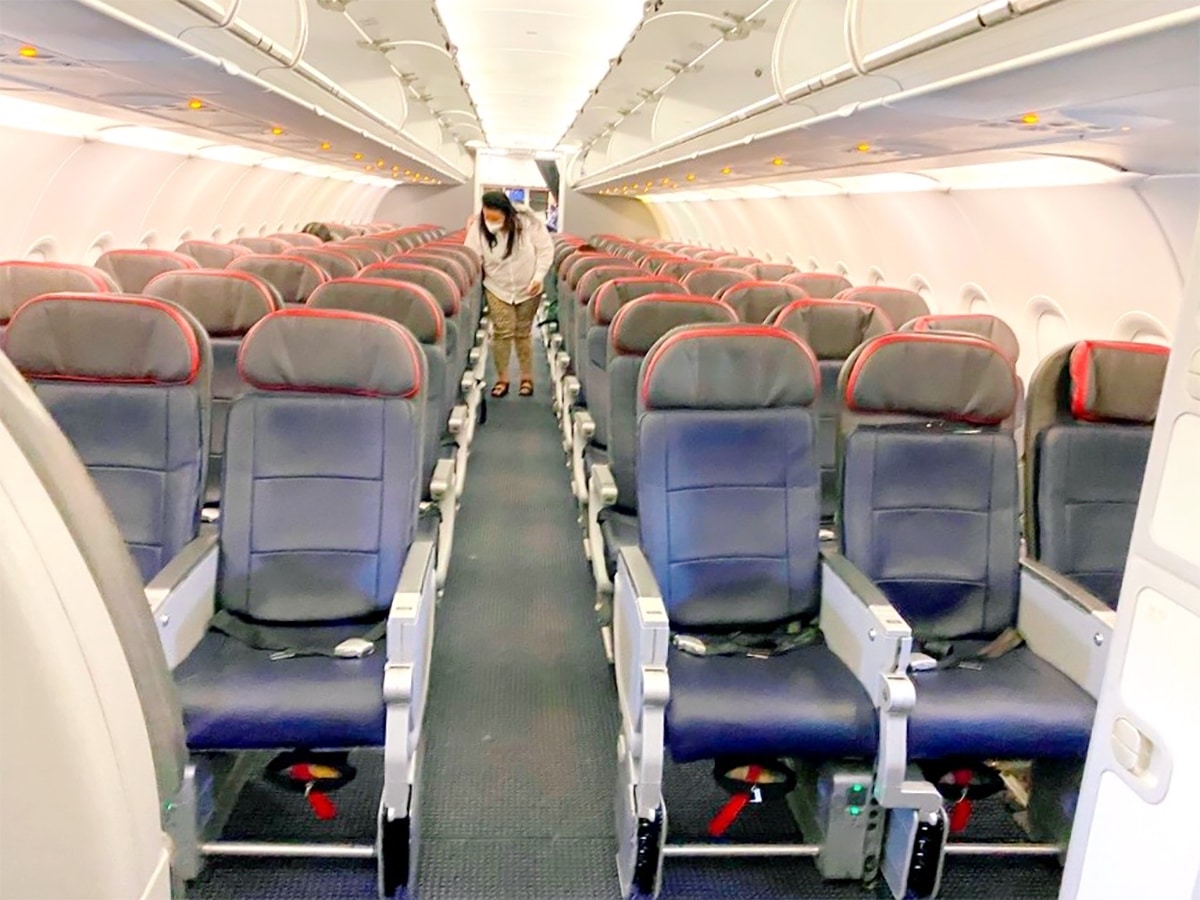 Some travelers actually fear the dreaded middle seat. I’m one of them; I have a strong case of econophobia. Yes, made up the term but don’t you think Merriam-Webster or Oxford should add it to their dictionaries?

On the flip side, believe it or not, I do think there are some perks to having the middle seat, like a larger foot storage area since a lot of airlines put the entertainment systems in the window and aisle (ahem, American Airlines) and there’s the unwritten rule that the poor sucker in the middle seat gets both armrests (though not everyone adheres to it).

What inspired this article is that yesterday morning, I received an email from a friend saying: “I’m flying today. I have one bag of chocolates. Do I give it to the gate agent or flight attendant. (I am looking to get a better seat than my middle).”

I quickly responded: “Gate agent controls the seats. But flight attendants give you better service.” Then I told him to read this article I’d written with 7 ways to get the best coach seat on a plane.

My tips are solid, including setting a seat alert so you can be notified if an aisle or window opens up. They usually do at the last minute. as passengers cancel or postpone their flights, they misconnect (especially at large airport hubs like Boston, Charlotte, Chicago, Dallas, Denver, Detroit, Houston, Los Angeles, Miami, Minneapolis, New York, Salt Lake City, San Francisco, Seattle…) or they get upgraded to first class.

A few minutes later, I received another email from my friend saying: “Ha!  Completely full flight. Only middle seats. Surly male gate agent. Then I said, I’m not doing this for anything from you but I’ve seen all the abuse you folks put up with so please share this candy with your crew. Immediately he smiles and says, “I got you. And hands me a new boarding pass with a window seat!”

Two minutes later, he emailed again, saying: “By the way, it’s even the emergency row! You’re a genius.”

My response was: “😊 That means they upgraded a frequent flier at the last minute.”

So, there you have it. I submit this as evidence that being nice and persistent (in a friendly way) can get you out of the middle seat and into something a lot more comfortable. As for the chocolates, well, that’s been a travel tip of mine for over two decades. I always travel with chocolates for the flight attendants and gate agents, as a token of appreciation for their hard work.

6 Comments On "Stuck In a Middle Seat on a Plane? Here's How to Get Out of It"