Taking home a piece of Paris…literally 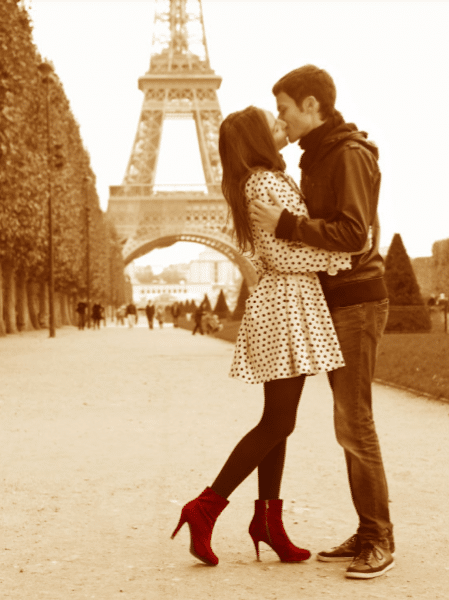 “There is but one Paris and however hard living may be here, and if it became worse and harder even—the French air clears up the brain and does good—a world of good.” ― Vincent van Gogh

It’s one of my favorite cities in the world. From the first time I visited Paris, I was taken with its beauty, history, and the magic in the air. Something about the City of Love just captures people’s hearts.

And that’s exactly what it did for Paul Michael Bedell, a former financial services executive in Austin, who during a recent vacation there with his daughter Samantha created a way for people to literally take home a piece of Paris.

“My daughter fell in love with the city—and with the Eiffel Tower, in particular,” Bedell said. “As we were preparing to leave Paris, we searched desperately for the perfect memento of our wonderful trip, a souvenir that was equal to the task of capturing the memories of the experiences we had shared.”

Unfortunately all they found, he said, “was the usual rubbish: letter openers, key chains, coffee mugs, t-shirts, and the little metal Eiffel Tower replicas.” So Bedell committed to create his own solution and embarked on a new journey — a proverbial “labor of love.”

The Eiffel Tower is undeniably one of the world’s most famous and beloved landmarks, immediately recognized the world over. More than 250 million visitors have seized the opportunity to experience the Grande Dame of Paris up close and personal, though the vast majority have availed themselves of the convenience afforded by elevators to ascend the tower’s heights.

Less well known is the fact that when the Eiffel Tower was first completed in March of 1889, there was only one way to reach the top—by ascending a dauntingly massive spiral staircase, akin to the world’s largest corkscrew, that wound its way up the tower. 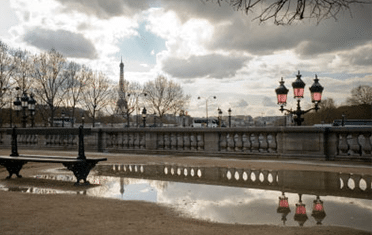 And here’s the punchline: it turns out that the original spiral staircase that connected the lower levels to the top of the tower was removed in 1983 and cut into 24 segments: one is on permanent display at the Eiffel Tower, three others were donated to French museums, and the other 20 segments were auctioned off and scattered across the globe. The National Geographic Channel filmed a staircase element being cut in half, and Christie’s auctioned off the lower portion.

Upon returning from Paris, Bedell tracked down the owner of the upper portion and purchased a section of the original spiral staircase that once connected the lower Tower floors to the top (it was removed in 1983 for safety reasons).

“You purchased a piece of the Eiffel Tower?” I asked when I learned of Bedell’s story.

“Yes, it’s true,” he said. “Who knew that was even possible? I certainly didn’t, until I started my research.” 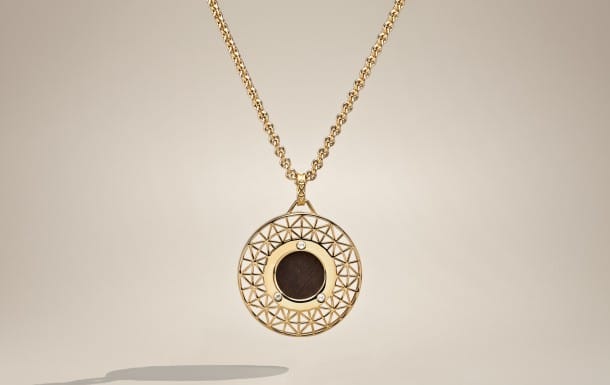 With this precious artifact now in hand (or in a secure warehouse, to be precise), Bedell turned his attention to establishing a new jewelry company — Korbella, meaning “beautiful heart” — branding, creating the designs, securing manufacturing support, developing the website, and building initial inventory.

They launched last month offering beautiful, high quality, limited production jewelry pieces made out of the section of the Eiffel Tower he purchased.

“I thought to myself, ‘Wouldn’t it be incredible to create beautiful jewelry containing an actual piece of the world’s most famous and beloved structure’?” Bedell said.

The Korbella™ line includes tarnish-resistant sterling silver, 18k gold vermeil (18k gold over sterling silver), and 18k gold (by special order only) jewelry containing authentic pieces of the Tower. After nearly a year of research, Bedell is now offering his American-made jewelry for retail prices ranging from $190 for a pair of sterling earrings to $1,170 for a Rêves de Paris large 18k gold vermeil medallion necklace. Seven limited-production designs are currently available, though more are in the works. When the Tower supply is exhausted, jewelry manufacturing will cease. 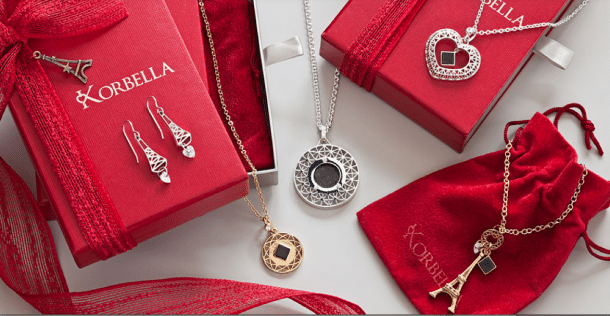 Fittingly enough, the company’s tagline — “What will your heart remember?” — speaks to the powerful emotions evoked by visits to the French landmark. Now — for the first time in history — those captivated by the beauty of the Eiffel Tower can take a piece of it home with them… literally! The jewelry is available for purchase only through www.korbella.com.

Korbella is a family name meaning “beautiful heart”– Bedell’s mother’s side of the family comes from the Veneto region of Italy, a region known for luxury goods and jewelry.

“We created our logo, a stylized “K” with an entwined heart as a constant 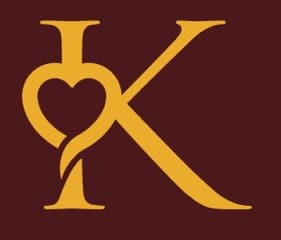 reminder that our jewelry will be designed to touch the hearts of our customers,” Bedell said. Korbella’s positioning is all about the heart — the feelings we experience and share with others, commemorating special times and special occasions.

“To millions of people across the globe, the Eiffel Tower represents romance, mystique, the magic of Paris, and the promise of countless unspoken dreams,” Bedell said. “Korbella ™ treasures the opportunity to share that magic, giving people a chance to channel the soul of Paris with these exquisite and unique pieces.”